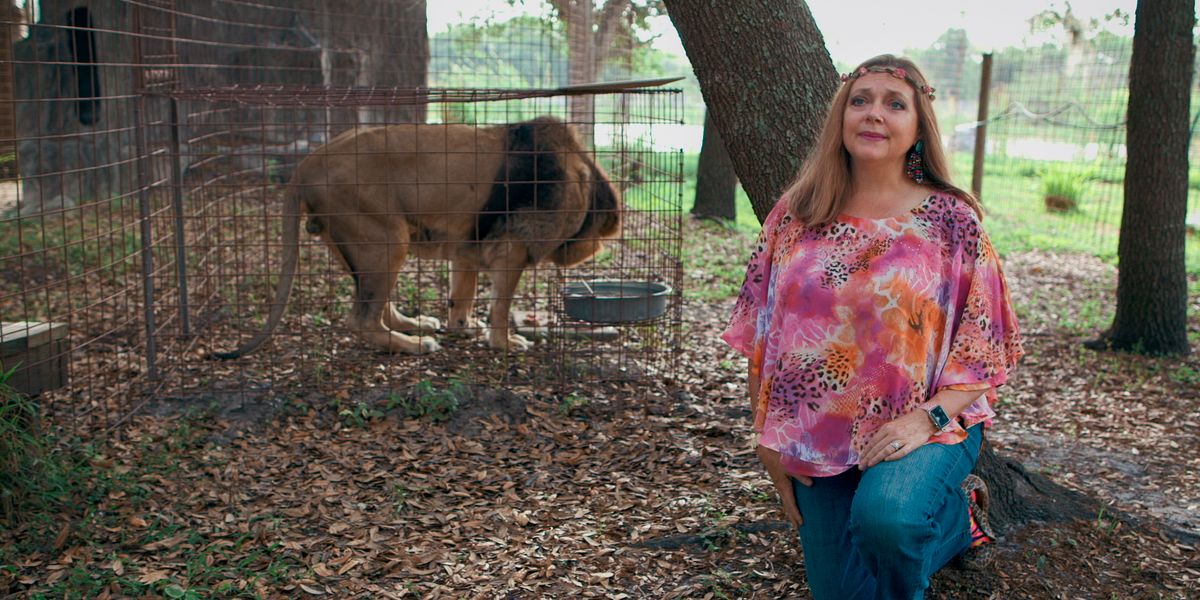 Flower crowned Tiger King and Dancing With the Stars personality Carole Baskin has come out as bisexual, in an interview with LGBTQ+ publication PinkNews.

Baskin, who rose to fame as well as a degree of notoriety during the early-pandemic Tiger King craze, spoke to the outlet after being eliminated from Dancing With the Stars last month. She said that she has kept ties with the queer community since the 1980s AIDS crisis, when she was engaged to a psychologist who was working with patients affected by HIV.

"But it was during the '80s that I discovered that through dealing with the LGBT+ community that I [realized] I had just as equal feelings for women as I did for men," she said. "I have always considered myself to be bisexual. Even though I've never had a wife, I could just as easily have a wife as a husband."

Baskin, an animal rights activist who accidentally became the villain of ostensibly pro-animal rights documentary Tiger King when its protagonist Joe Exotic accused her of murder, also took the opportunity to call out her longtime foe.

"He's an embarrassment to the human community," she said, when asked about Exotic's status within the queer community. Exotic is openly gay, and details his fraught romantic past throughout the course of the documentary. "It's not a matter of what your sexuality is, this man is just a deviant in the way that he treats human life and animal life."

Elsewhere during the interview, Baskin said that her unsuccessful Dancing stint has helped fund her Big Cat Rescue charity, which suffered a financial hit during the pandemic.

During Baskin's first appearance on the show, her former stepchildren paid for an advertisement that again accused her of murdering former husband Don Lewis, appealing to the public for further information.