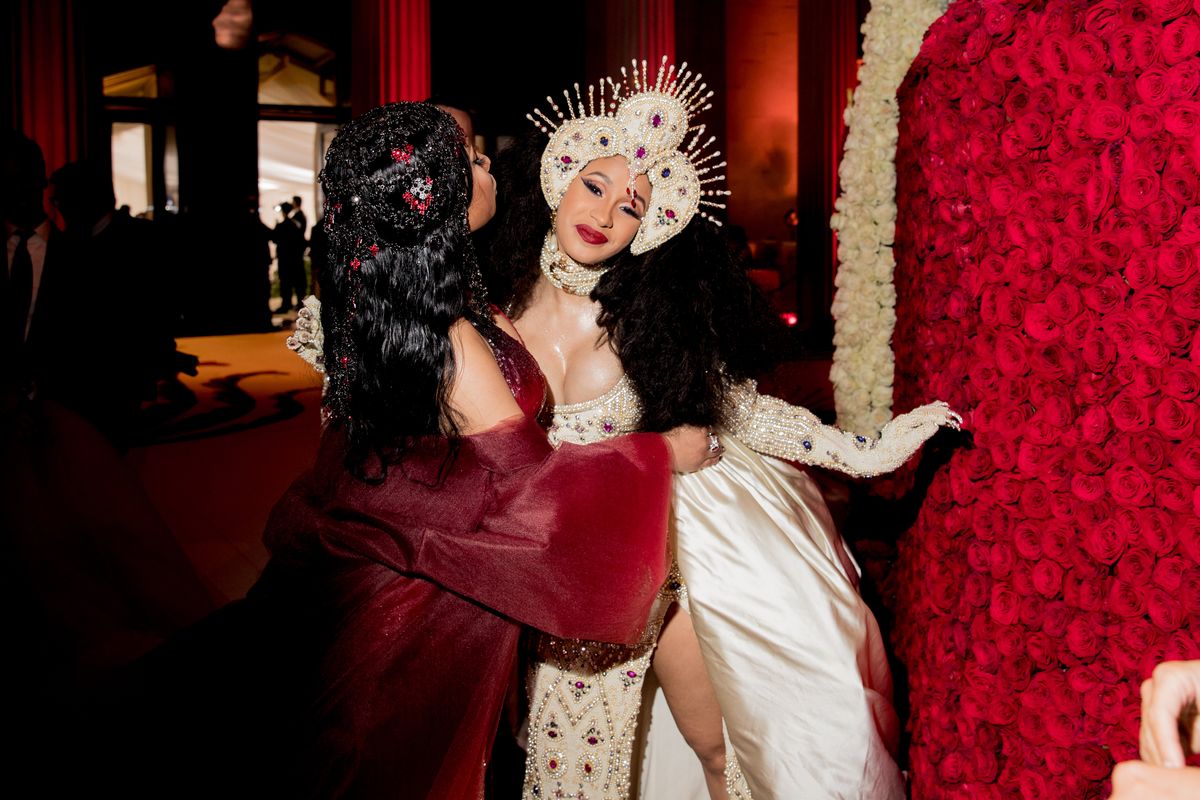 Cardi B and Nicki Minaj Could Have a New Collab Coming

The bad blood between Cardi B and Nicki Minaj could be a thing of the past, if rumors that are running rampant across the internet are any indicator. The two superstars potentially have a new collaboration on the way that could bring their fanbases together and end their long-running feud once and for all.

HotNewHipHop reports that Cardi could potentially have a new single with Minaj set to come out soon. Called "Lavish," the site claims that a snippet of the song exists on the internet and briefly had a page on Genius before being taken down.

Cardi hasn't publicly spoken about the song, but, a couple of days ago, she hinted that she has something in the works that could upset the Barb stans that she was in the midst of arguing with.

"Since ya mad ..imma give ya something mad to be about …..This next single and coll- ….Gonna have ya sick….since ya here," she wrote, following up with four winking emojis.

She all but confirmed that it's a collaboration — but, in a wise move, she's left who it will be up to the reader's imagination.

Cardi's already pulled off a superstar collaboration with Megan Thee Stallion for "WAP" recently. Following that up with a Minaj collaboration would be the undeniable proof that she's found a way to win 2020 in ways that others could only dream of: by mending a broken relationship so that everyone can win.

Speaking of "WAP," Pitchfork reports that the song was not submitted for consideration for the 2021 Grammy Awards due to the fact that it will be submitted next year as part of the campaign for Cardi's forthcoming album.