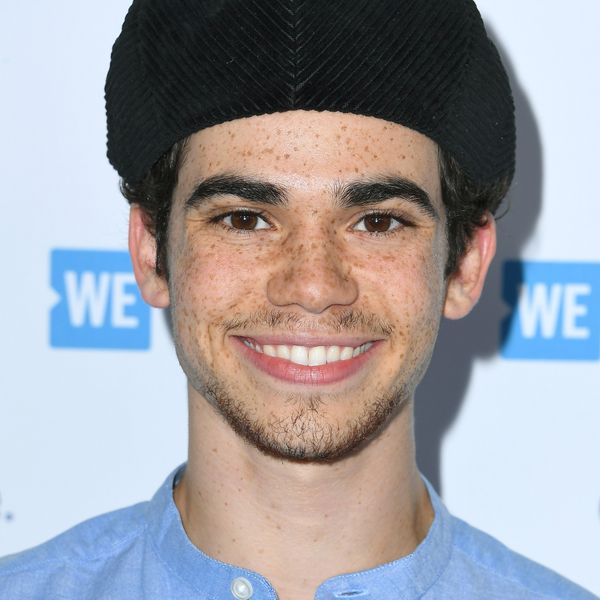 The Cameron Boyce Foundation (which will also advocate for epilepsy awareness) launches its first official campaign, called Wielding Peace. The anti-gun violence initiative was one that Boyce was reportedly working on before he died, and aims to raise awareness to end gun violence "through photographs of people 'wielding' their non-violent and creative passions instead of weapons," Teen Vogue reports. Wielding Peace was made in partnership with Refinery29, and started with the support of fellow actors Sophie Reynolds and Karan Brar, and includes photography by Taryn Dudley.

According to Refinery29, Boyce said the campaign will subvert the idea of actually showing guns by instead using props as items that "signify unity and peace."

"Household items such as musical instruments, cameras, food, sporting equipment, beauty products, articles of clothing... anything that might inspire someone creatively as well as make a strong statement with the sentiment that we need to choose a different weapon," Boyce said at the time.

There are original images communicating these ideas now available to view on the Wielding Peace Instagram. The project encourages fans and supporters to share their own images using the hashtag #wieldingpeace.

"Together we are stronger, and together we can create change," reads a statement in part. Fans have already joined in the mission, posting photos of themselves with various objects reflecting their creative interests, from cameras and instruments to makeup palettes. Famous faces aligned with the #wieldingpeace campaign include former Disney co-stars such as Dove Cameron.

"I will personally be participating and advocating on behalf of this incredible project, and I ask that you do the same," Cameron wrote on Instagram. "In this unbelievably polarized, hyper violent and highly image based/social climate we are in, wielding peace is the perfect blend of communicating love, peaceful protest, and (hopefully) social media support to raise awareness about gun violence."