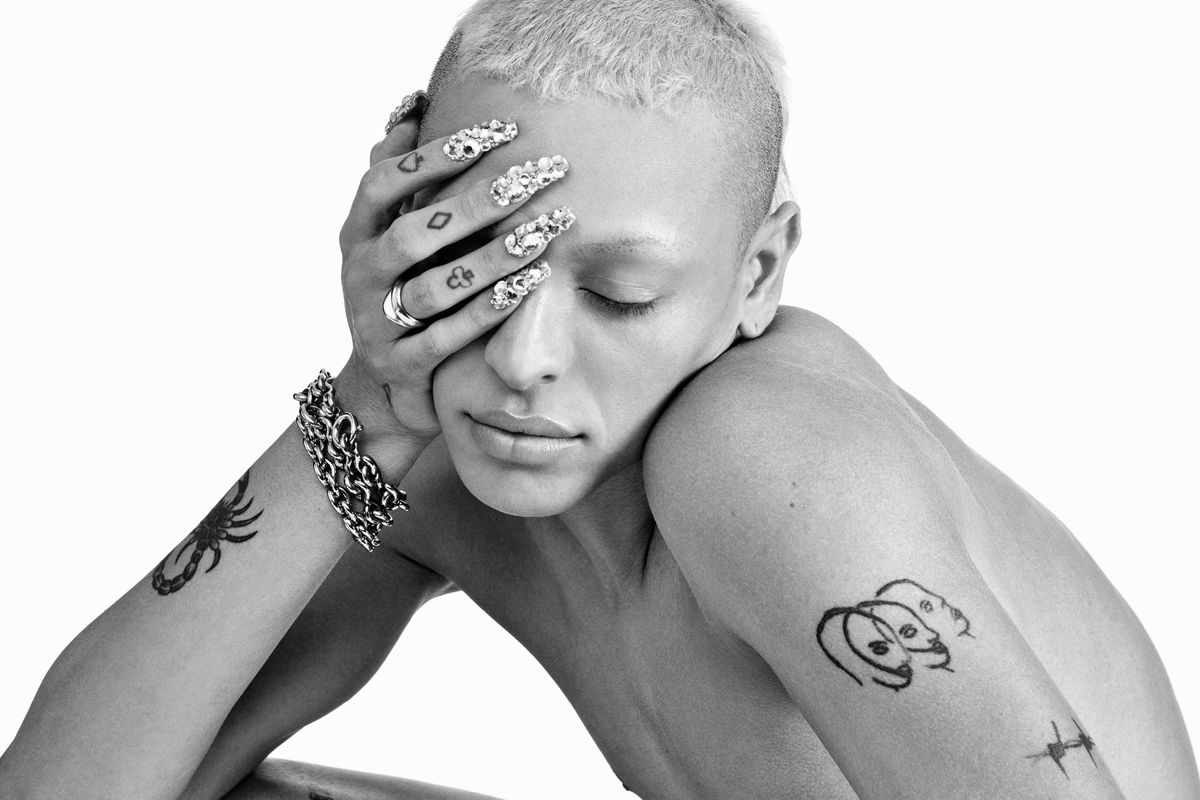 Most of Brazil may still be on lockdown, but Pabllo Vittar still has at least another cause for celebration. The Brazilian drag queen and pop superstar, who released her third studio album in March and DJ'd our very own PAPER x Club Quarantine this month, has just starred in her very first global fashion campaign for Calvin Klein, joining an elite roster of past faces like Mark Wahlberg, Justin Bieber and Kim Kardashian West.

The Ryan McGinley-lensed images are part of the brand's new Pride campaign for 2020, titled #PROUDINMYCALVINS. Vittar stars in two of them: a soft black and white portrait and a shot of her bright yellow tank and sunglasses. (She wears little to no makeup in both photos as well as her natural hair.)

While this year's outdoor Pride festivities have been canceled around the world due to bans on large gatherings, Vittar is still embracing the spirit of Pride at home. "It's different because last year I just did so many concerts and met so many people who love me, who care about me and this year with quarantine, everybody is celebrating at home," she tells PAPER. "But don't forget we will always be here like family, like a rainbow, you know, everybody has a color."

Vittar stars alongside other LGBTQ+ talent like Chella Man, Tommy Dorfman and Gia Woods, all of whom were also shot by McGinley. "I feel so honored to work with an amazing artist, who respects me and makes me feel confident," she says. "I'm so happy because it's a win for the community, I hope that other girls and other boys are inspired by this and to believe in their dreams and never forget because bitch, I'm here! A global campaign!"

Recently, Calvin Klein has partnered with OutRight Action International on their COVID-19 LGBTQ Global Emergency Fund by offering emergency financial resources to LGBTQ+ organizations around the world. They've also supported Australia-based charity The Equality Project this year and are sponsors of PFLAG National, the largest organization for LGBTQ+ people and families/allies.

See, below, for the rest of Calvin Klein's Pride campaign.