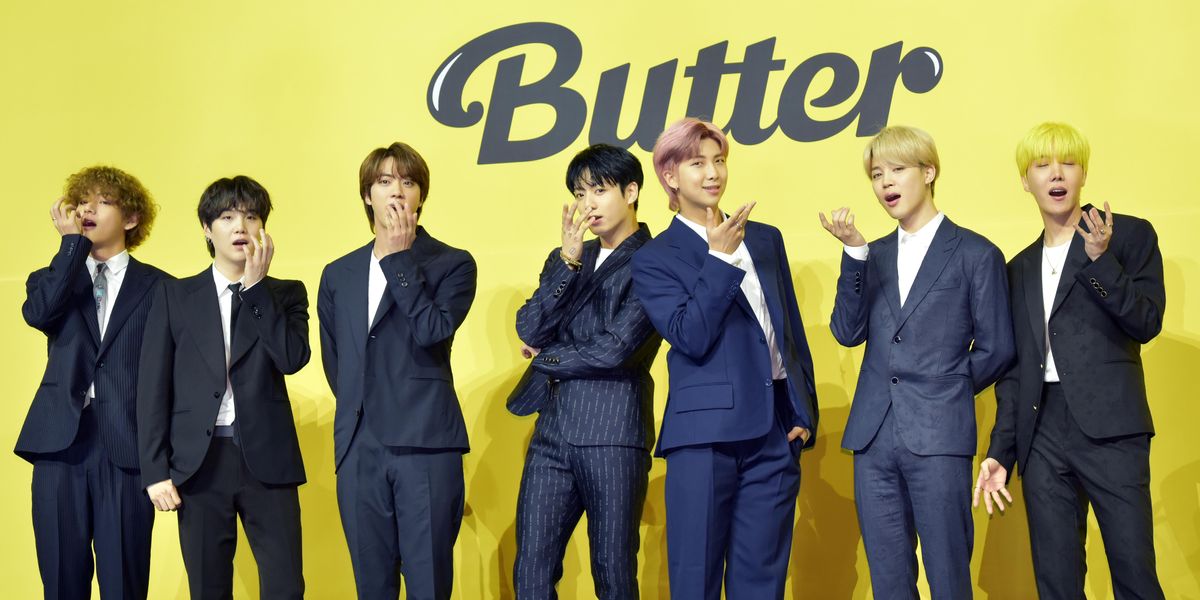 Before the 2021 MTV Video Music Awards even officially kicked off, the members of BTS were already winners.

During the VMAs pre-show, Tinashe announced that with 25 million votes, the South Korean superstars won the title of group of the year. And while the boys couldn't be in New York to accept the award at Barclays Center, they sent a video thanking ARMY for their support.

The group also won best K-Pop for their song "Butter," which debuted at no. 1 on Billboard's Hot 100 chart. "Thanks for this award. Sorry we couldn't be there, but hopefully next time we will," they said in their video message. "We've been so blessed and grateful for all of the love we received this year. Shoutout to ARMY! You're the best people in the world. We'll keep bringing great music for all of you guys. Love you all!"