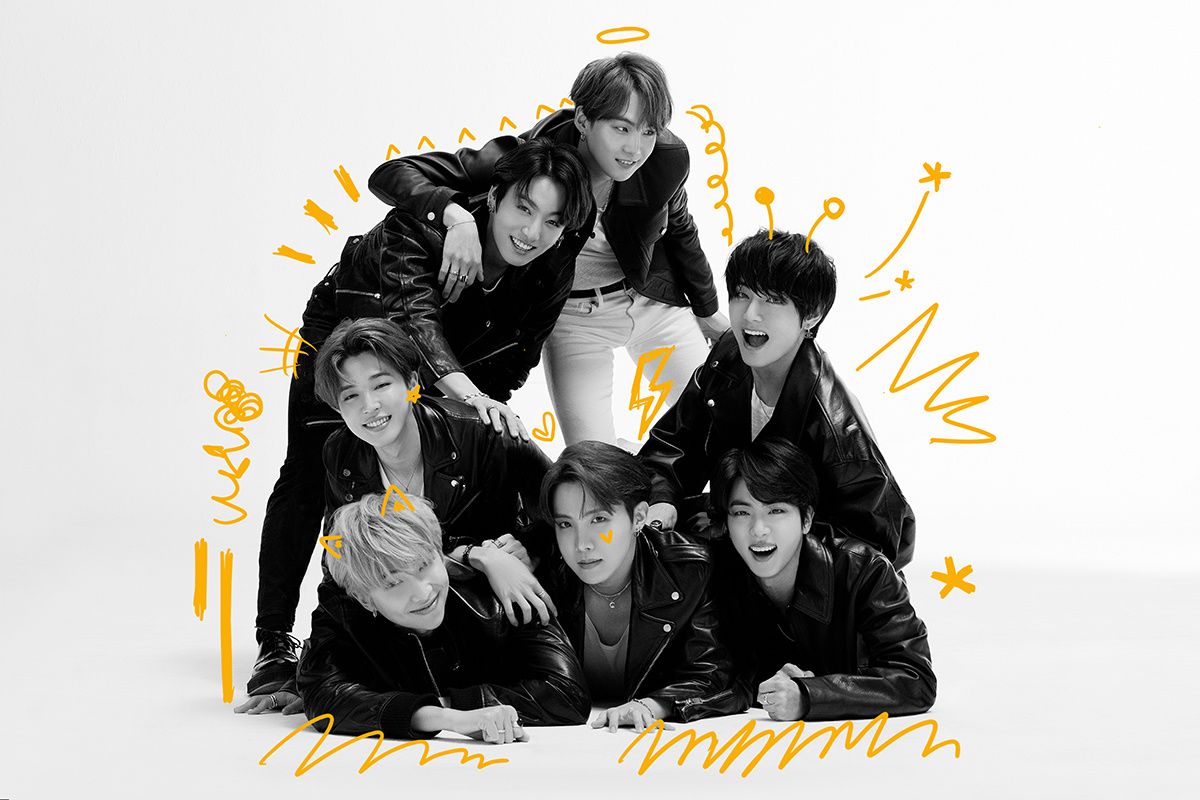 BTS' new album, Map of the Soul: 7, is out next Friday, February 21, and it's so close that we can practically taste it. This is the group's big comeback following last year's brief hiatus and their record-breaking release, Map of the Soul: Persona, and they've luckily been keeping us well fed in the lead up.

As a part of the album roll-out, BTS has since shared a new single, "Black Swan," announced a world tour and unveiled a global free art initiative and called CONNECT, BTS, that will feature installation in major cities around the world. In maintaining the art theme, the group has recently been sharing new Map of the Soul: 7 concept photos in the weeks before its release, each offering fans new insights into what to expect from the album.

The first set shows the boys in a more surreal setting, clad in white and dangling their feet over a bottomless pit in a room that looks straight out of a nineties Nine Inch Nails music video. Whereas the second set takes a darker turn, depicting the BTS boys as fallen angels with jet-black wings (and corsets!!), perched atop a podium in a rippling lake. Many were also quick to notice both sets of concept photos heavily featured feathers, most likely an allusion to lead single "Black Swan."

The first sets were shortly followed by BTS' third concept photo series which sees the group taking a more Baroque turn with all of them seated at a decadent feast. Featuring the boys holding golden chalices and posing next to bountiful plates of fruits and lobsters in a Dionysian feast meant to convey the group's "sense of calling and will."

Meanwhile their newest concept photo, released just today, stands in sharp contrast to the previous series more dramatic and dark themes, with a more lighthearted approach. Done up in the style of yearbook photos, this latest series focuses on the personalities of each individual member or as its described in the official press release, their "true selves."