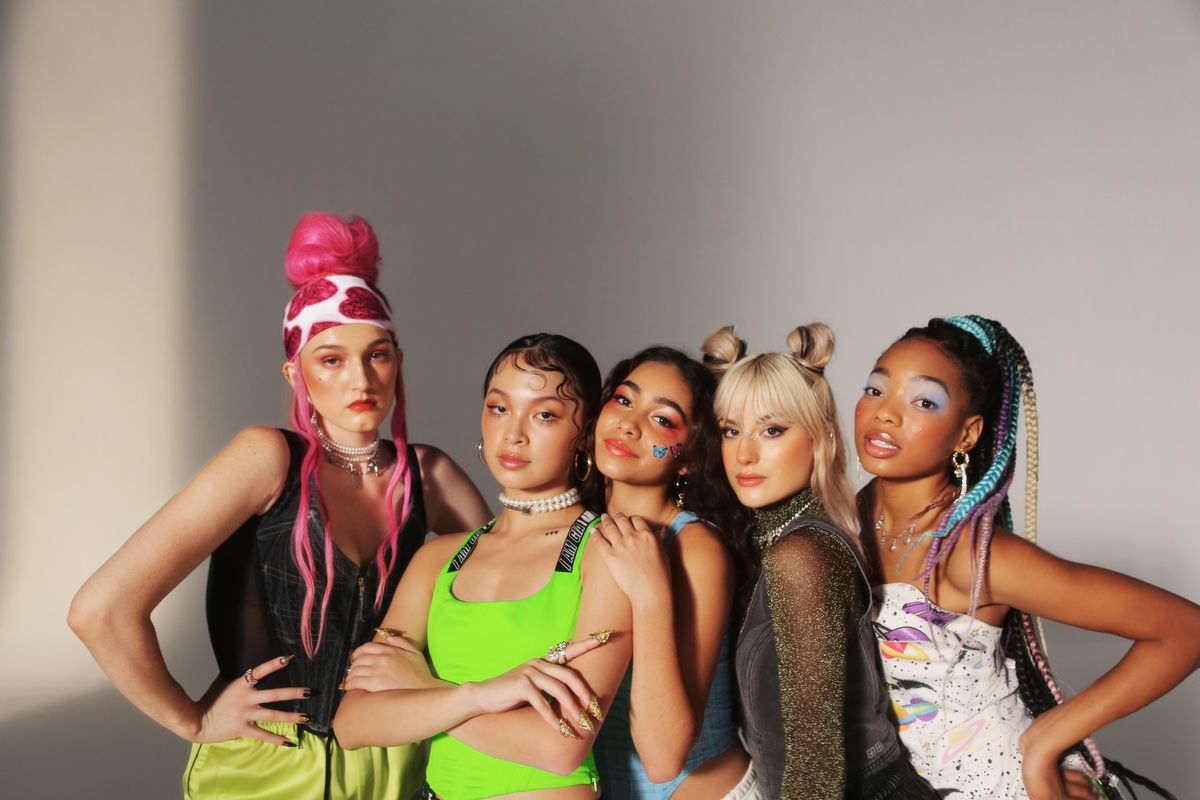 You Don't Need a Man With Boys World's 'Wingman'

Who needs a "Wingman" when you've got yourself?

Already one of TikTok's favorite pop acts, Boys World may have risen to fame with their viral hit "Girlfriends." But while their new song is still a verifiable girl power anthem, "Wingman" is more about self-sufficiency, self-love and complete independence from any man who tries to bring you down.

With an irresistible hook reminding fans that they "don't need a wingman," because they're "too fly" on their own, the powerful track has a heavy emphasis on unapologetic, unfettered expression. And combined with a captivating 18th century-inspired visual featuring the girls surrounded by colorful animations, we have no doubt that you'll have this music video on repeat.

"'Wingman' serves as a reminder to a different time lacking feminist ideals and underrated female empowerment, while taking that back through the lyrics, recreating our own version of history," says Symone Ridgell, who directed Boys World's new video. She adds that its royal allusions and contemporary sound are balanced throughout, until at one point they "quite literally and figuratively spill the tea."

So watch the video for "Wingman" and get ready to soar to new heights — sans any annoying boy baggage.