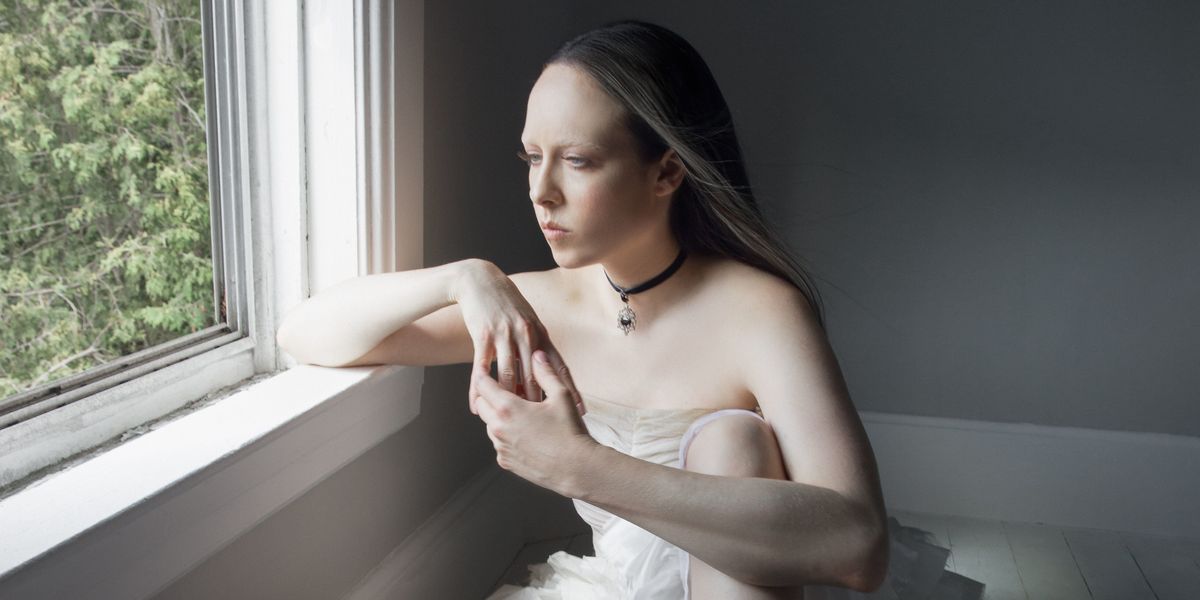 Allie X decamped to Sweden for the first time to work with Oscar Görres and James Alan Ghaleb on her latest single, "Fresh Laundry." The work trip provided a renewed perspective for Allie, and its results can be heard and seen — both in the sparse, yet idiosyncratic flourishes coloring the song, and in the naturalistic, yet dreamlike video. In the song, Allie sings about the things she yearns for but can't have. "It's been too many years of not folding," she sighs in the opening lines, before the song's calm strumming erupts into '80s-styled synths. But Allie finds relief in detachment ("These days, no one's bothering me 'bout nothing") and fantasy ("I want to attend nice parties/ 'Round my neck and head, thin jewelry.") The song indeed marks a fresh start for Allie X, and like the "X" in her name, it opens up infinite pathways to be and explore whatever she wants.

The latest single from Charlotte Lawrence incorporates the singer's poetic lyricism with twisty melodies out of a haunted lullaby. Lawrence is trying to convince herself on "Navy Blue" to accept a relationship's inevitable end. But that's tough to do without words: "Conversations in the silence/ Words are violent/ And the feeling's dying slow," she sings. The song goes further down a rabbit hole of denial, leading up to its punchy "navy blue" chorus. Lawrence leaves lots of empty space here, even as the fizzy guitar stabs incite a sense of danger. You can hear her shallow draws of breath. She's almost ready to dive off the cliff into the river below, but her instincts toward self-preservation have kicked in. "Navy Blue" lives on that edge.

LIZ's "Lottery" featuring nonbinary rapper Aja further capitalizes on what the Y2K scholar does so well. She synthesizes sounds and melodies from times past, specifically, Britney Spears' Blackout era via Danja's production, to create an updated, house-of-mirrors riff all her own. That sexy "put your bets on me" chorus is money, and LIZ knows it, as she pants "huh huh huh" like a member of the revived Pussycat Dolls. And Aja's verses prove them to be a game co-conspirator in the singer's winner-takes-all enterprise of sex, love, and intrigue. "Lottery" is the latest hint of what to expect on LIZ's upcoming mixtape. So far, it sounds like she's cashing in.

British-Iranian singer Orchid pushes her love to the limit on "Gold Dust." The song, built around a robust, electronic synth, and sprinklings of the Persian rhythmic music of her youth, romanticizes and condemns the distortion of love through drugs. Specifically, "Gold Dust" is a reference to cocaine, on being so high that extremes become the norm. Heartbreak, as she sings is just "crazy is as crazy does," and those who dare to love her are "easy come, easy go." It really helps that the song is so catchy, given its tragic subject matter. Perhaps that is intentional: Orchid wants "Gold Dust" to affect listeners like a drug they get hooked to, but won't ruin your love life.

Barbadian singer Ayoni's second single "Malibu" announces her upcoming debut album, Iridescent, out October 18. What's remarkable about the two-minute song is the way it breaks convention. Ayoni doesn't come out the gate swinging, but rather lets the mood get established, simmering under an impressive guitar solo before she blesses the mic. Ayoni makes her moment count, as the beat mutates into a tense, atmospheric slow-grind. She winds her voice up and down the scales and plays both sides with a lover. "Fuck me on the sand, here in Malibu," goes one tougher line. Then, she's a little more tender: "I love you on the sand down in Malibu/ You're my beach, you're my baby."

Australian producer Kito and Honduran-American sensation Empress Of join forces for "Wild Girl." Empress Of's Lorely Rodriguez sings poetically about living life on the edge to Kito's layered production. As Rodriguez is gathered "from one place to another," the song changes shape, incorporating harder-hitting beats, and faraway vocal drones. She muses on the words, "Casually say it's love" like the dance so many men are allowed to play without impunity. On "Wild Girl," Empress Of and Kito are rewriting a tired old script in their own self-image.

R&B male/female duo Emotional Oranges return with the smooth, self-explanatory cut "Your Best Friend Is a Hater." Complete with an intoxicating, nostalgic blend of heavy bass, breakbeat drums, and guitar plucks, the pair lays out honest verses aimed at eliminating negative influence from outside forces. You know how everyone around you has an opinion about your relationship, whether they are jealous, resentful, or even if they think you "deserve better?" This track encourages lovelorn couples to drown that all out — the only opinions that really matter are between two people.

We are not sure who Bermuda is or where she comes from, but it is clear she's not... real? Either way, the CGI pop starlet clearly has taste, and a sense of a humor. After first single, "Only Uggos Can Hear This Frequency," which is pretty self-explanatory (it's literally a frequency for two minutes that I actually can't hear because I'm not ugly, so), Bermuda drops a cover of Red Hot Chili Peppers' '90s classic "Under the Bridge." This one is all glittery electronic beats, and sweet-voiced Bermuda, who doesn't change the lyrics to the tune or anything. This one also comes with a subtitle for pretty people. Hopefully, that means all of you can hear this! Follow Bermuda on Instagram (@bermudaisbae).

Consistently enchanting Brooklyn songstress Völuspa (Kirsten Knick) unveils the latest single from her forthcoming debut album, "Live One Life." Combining meditative pacing and melodic vocal styles recalling the gentle haze of artists like Lana Del Rey and Beach House, Knick sings about psychic dreams and the afterlife. "Do we ever die?" she wonders aloud. Knick wanders through a dreamlike trance framed by the song's instrumentation, before answering her own existential query: "I don't think we ever die, or live one life." But it's the journey she takes to get there that is mesmerizing.