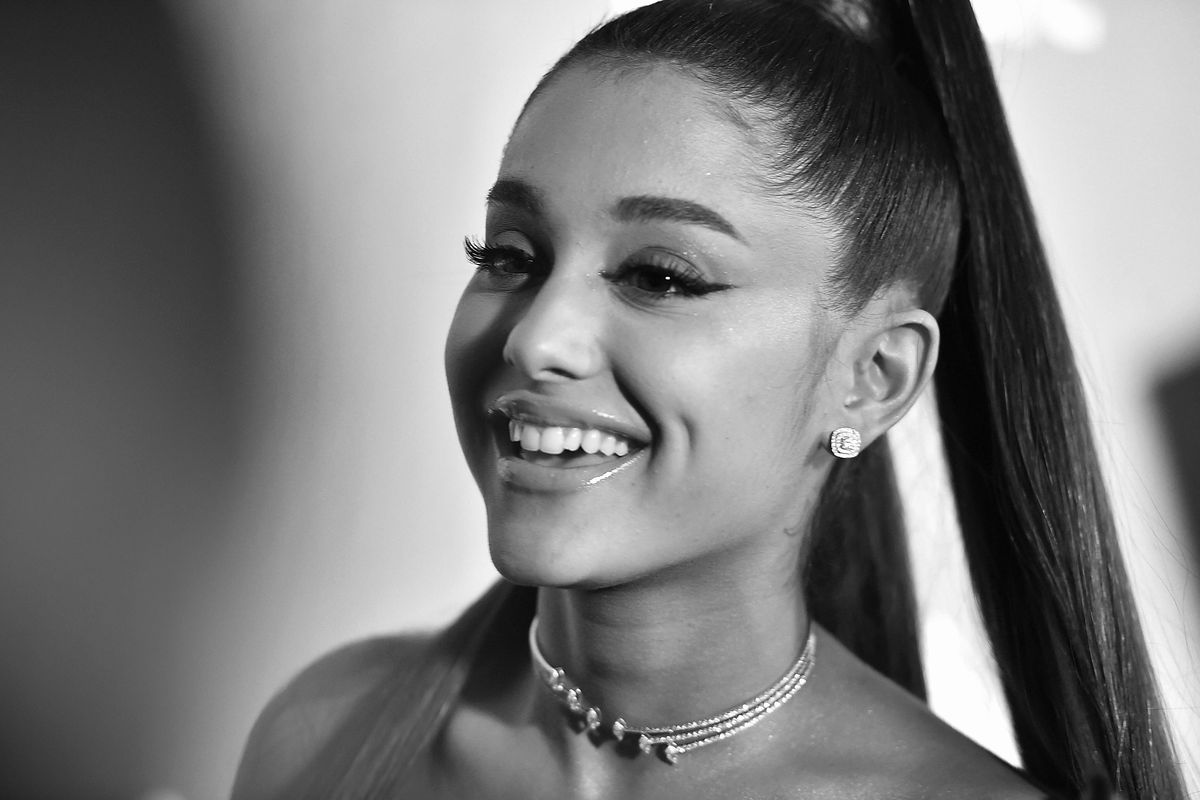 The midnight drop of Ariana Grande's latest post-Sweetener ballad/banger has us shrieking. "Imagine" adopts a similarly easygoing sound that much of her music of late has, and of course the lyrics, about the lovey-dovey feel-good vibes of being caught up in the world of who she loves, are anecdotal and heartfelt. The vampy, doo-wop production is ace, too, as we've come to expect. But what makes "Imagine" really shine for me is the last minute of the song, where Ariana, high on the divinity of her own voice and high on love, as well she should be, gives us a gospel-y outro, repeating the word "imagine" among Mariah-friendly ad-libs and whistle tones. Imagine a world without Ariana's music now that we're so invested in her personal highs and lows. I don't think such a thing is possible.

ZAYN releases sophomore album Icarus Falls, and like Scorpion before it, it boasts over 20 tracks of new material that delve deeper into the person behind the persona. So while we take time to sort our feelings out about ZAYN's feelings, without hopping out of cars for viral dance challenges, we can at least tell you that album standout "There You Are" seems to be getting a lot of early buzz. For good reason: it's got an addictive, to-the-rafters chorus about the power of unconditional love and forgiveness, and heavy drums filling out an already robust song fit for giant stadium tour singalongs, and probably many an inspirational film montage chronicling the idea that true love is limitless.

One of our favorite rising femcees, the prolific and gleefully provocative Rico Nasty, releases new song "Guap (LaLaLa)" this week. It's a characteristically charming track that finds Rico adopting one of her grimiest, most demented flows to a beat that gives the Clipse's iconic "Grindin'" a run for its money. Speaking of money, this is essentially a love song to C.R.E.A.M., but make it trippy, make it goth, and make it fashion. Who else but Rico can evoke all of that in a rap song just over two minutes long? "Guap" is another unexpected entry into Rico's already vast, stylistically diverse catalog, and it gives "fuck you pay me" enthusiasts everywhere a new siren song.

Slayyyter, in case you don't know by now, is an Internet cult singer who makes pop that channels both (uncannily, scarily) Britney's Holy Spearit and the debauched celebrities of the early aughts. But her string of totally addictive bops —she gave us two this week, in the Blackout-era "Alone" and now this naughty yuletide raunchfest — are certainly making the case for why Slayyyter's cult status might soon position her for superstardom. So, "All I Want For Xxxmas" with primary collaborator Ayesha Erotica, is brilliant in how it subverts all of the "santa baby" entendres that might lead one to dream of a very steamy Christmas, and just swings for the fences, no holding back. "All I want for Christmas, is to get fucked/ Take a big hit/ Get my tits sucked," she sing-raps in her Britney-fied vocal, and we're just along for wildest Slayyy ride ever. Also: about that sentiment, I feel the same, girl, you were just the first to say it in a pop song for the hoelidays. Slayyyter is truly the gift from the Internet's pop underworld that keeps on giving.

Singer-songwriter Carlie Hanson continues her winning streak with her darkest bop yet. "Numb," second single following the addictive "Toxins," from her upcoming debut EP, is out today. It features a delirious minor-key melody, brooding trap-style production, and heavier lyrics than ever from the rising teen star from Wisconsin, as she plays the role of heartbreaker. But, pinky promise: it's not you, it's Carlie. "I'm so numb and my heart's so cold/ I'm sorry that I let you down," she sings. It's a song that warns a potential lover to keep a safe distance, but since it's still a banger, we're drawn closer. At our own risk, of course.

Agnez Mo's hit with Chris Brown, the sensual "Overdose" gets an even more intoxicating remix, out today. TSD produces the revamp, which chops and screws Mo's and Brown's vocal interplay over an electic beat that fuses reggae's easygoing rhythmic pulse, piano chords, and heavy bass drops. This version also features a high-energy guest verse from Juicy J, who has also fallen prey to Agnez Mo's seductive charm. The TSD remix of "Overdose" proves that the best hits can in fact have nine lives.

Fast rising Atlanta rap star LightSkinKeisha drops her debut full-length project today, That's Just the Bottom Line, which exudes effervescent charm and charisma over 10 sharply-produced cuts. "I'm Gucci" is one notable standout in how it makes the popular catchphrase (a stand-in for "I'm good" for those of you without Urban Dictionary knowledge) a self-empowered statement of luxury. What really sell this banger though (and the entire projects) is Keisha's unique flow, which is alternately laconic and playful. "I'm Gucci" is the sonic portrait of a woman who can't be bothered deflecting hate because she simply doesn't see it. If your spirit was as luxurious as Keisha's, would you? Peers, fans, and skeptics everywhere: take note.

Ilira makes a colorful electronic pop bop that takes the concept of BDE to boisterous new heights, quite literally. But stick around for the message. "Get Off My D!ck" — love that upside-down exclamation point by the way; it's like the rebel yell in Pink's stage name when she dropped the edgier pop-rock of Missundazstood in 2001 — is about drowning out the noise from critics, whether inner or outer, and embracing what makes you stand out. What's not to love about that?

LA singer-songwriter Ravenna Golden and Dorian Electra casually dropped a single, "Open My Eyes" today, and it is definitely a bop of the highest order. Featuring production by umru and Dylan Brady, it coasts on an ultramodern, electronic pop beat that fans of PC Music will feel undeniably drawn to, and distorted, sticky melodies from Golden and Electra. But despite the upbeat sound, the lyrics betray a deeper sadness: "Open My Eyes," in all its eye-opening, danceable euphoria, is essentially about waking up to the realization that a lover, who once was present in the flesh, is now only tangible through a screen. Or is it about the image of self? In love and life, we have a choice: are we man in high definition, or are we a little more than a collage of low-res pixels?

Related | Dorian Electra Squares Up in 'Man to Man'