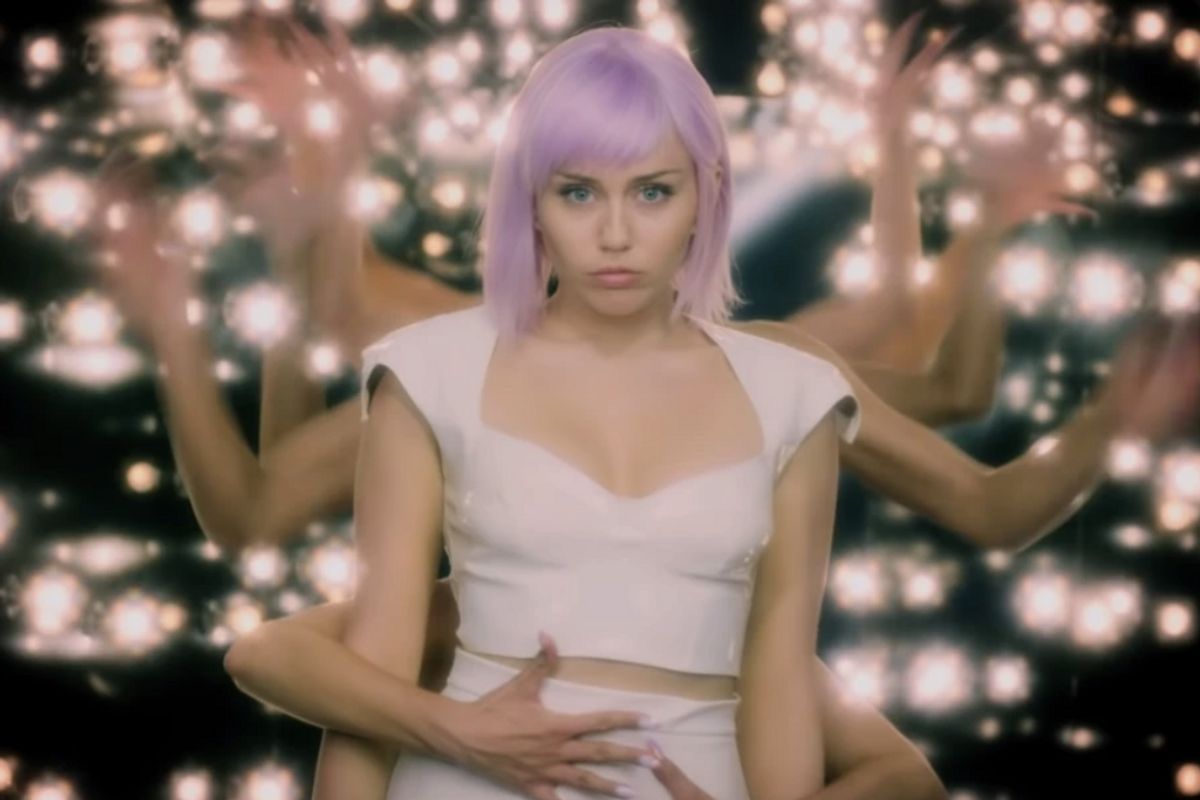 Black Mirror — everyone's favorite, tech-saturated vision of the dystopian future — is back this summer, and to get you hyped for its imminent return, Netflix has just released a chilling, surprise-laden trailer for the show's highly anticipated fifth season.

From a cheating family man suckered in by the allure of a dating app to a fidgety man engaged in what looks like a smartphone-induced police stand-off, Netflix has promised us "three new stories" from the twisted minds of Charlie Brooker and Annabel Jones. Even cooler? The third story is apparently a "meta" story centered on a purple-haired pop star played by Miley Cyrus, who seems to have some sort of link to a creepy robot doll that's related to her quest for fame, per Variety.

Hannah Montana who? Watch the trailer, below.

You should've seen it coming. pic.twitter.com/E5bYvVJjik