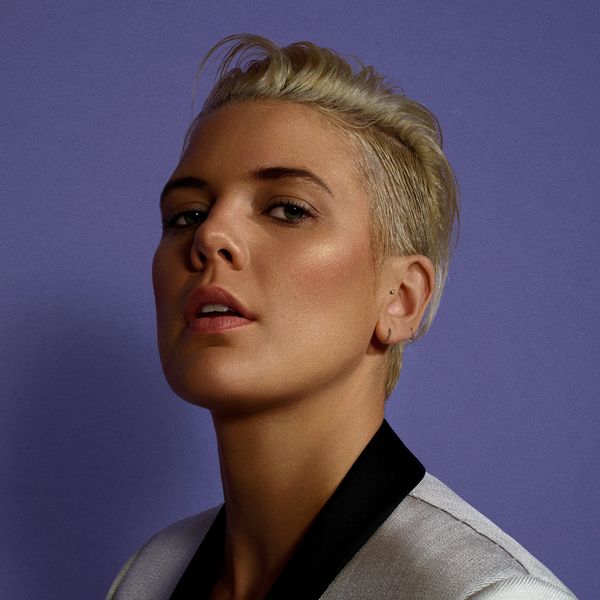 It's fitting that the first track on Betty Who's newest release, Betty, is called, "Old Me." The song is a starting point from which she takes off to explore synth-pop and dominate classic dance rhythms — a new era for an artist once confined by the bounds of an overpowering label. While Betty is the singer's third studio album, it is an undisputed, unadulterated version of Betty's artistry that fans fell in love with on songs like "Somebody Loves You" and "All of You."

After feeling limited by her former label, RCA, the singer went through a very public breakup with the imprint and made the decision to pursue new opportunities. It wasn't an easy path to take, however.

"I was looking for day jobs at one point, in between my record cycles," Who recounted. Despite a tough journey, the resulting product of those years of turmoil is a record that makes up for all the hard work, twice over. The album is a 43 minute intensive in Pop 101 with one of the most capable artists in the industry, and its underscored by the pure joy she takes in creating the songs. "It feels like it's the first time, I'm back to the old me," she told PAPER when the first single from the album, "Between You & Me," debuted in back in November 2018.

The most stunning moments on Betty happen when she hits a sonic refresh button, effectively departing from an over-produced past and embracing a more genuine future. "Do With It," the track immediately following "Old Me," contains these kinds of moments most notably; Betty interacts effortlessly with late 2000s claps and hats on the verses before letting her voice shine in the pre-chorus, and then grooving through a mid-tempo chorus that's made for Friday nights.

Betty also pays homage to the pop highfliers she idolizes, like Britney Spears and Justin Timberlake. "The One," invokes all the power of rocking out to "Oops!... I Did It Again," while using your hairbrush as a microphone in your childhood bathroom. This isn't to say Who plays pretend on the album — instead, she holds her own against the nostalgic leads and bold beats.

Fresh off touring with Panic! at the Disco, Who performed on The Late Late Show with James Corden for Valentine's Day. Dancing with abandon, smiling the entire time, she proved just how ready she is to brave the industry independently, backed by an arsenal of new potential hits.

Betty Who: I Remember

For someone who started hot as a rookie and faced so many roadblocks to success, Betty Who has already won. Many artists who part with their labels, especially one as all-powerful as RCA, fall off slowly after an attempt at flying solo, but not Who. Betty is a triumph for her and her dedicated fans — and ensures that she will continue to light up stages for years to come.

Stream Betty by Betty Who, below.