Belle Delphine Was Pornhub's Most Searched For Celebrity in 2019

Though top spots in previous years have gone to more mainstream names like Kim Kardashian and Cardi B, the streaming service said that several social media stars made a pretty big dent in their celebrity searches this past year.

So while there's no word yet on whether she'll ever actually give the people what they want, given her love of a stunt, we're sure it won't be long until she pops up on the site in some capacity again. 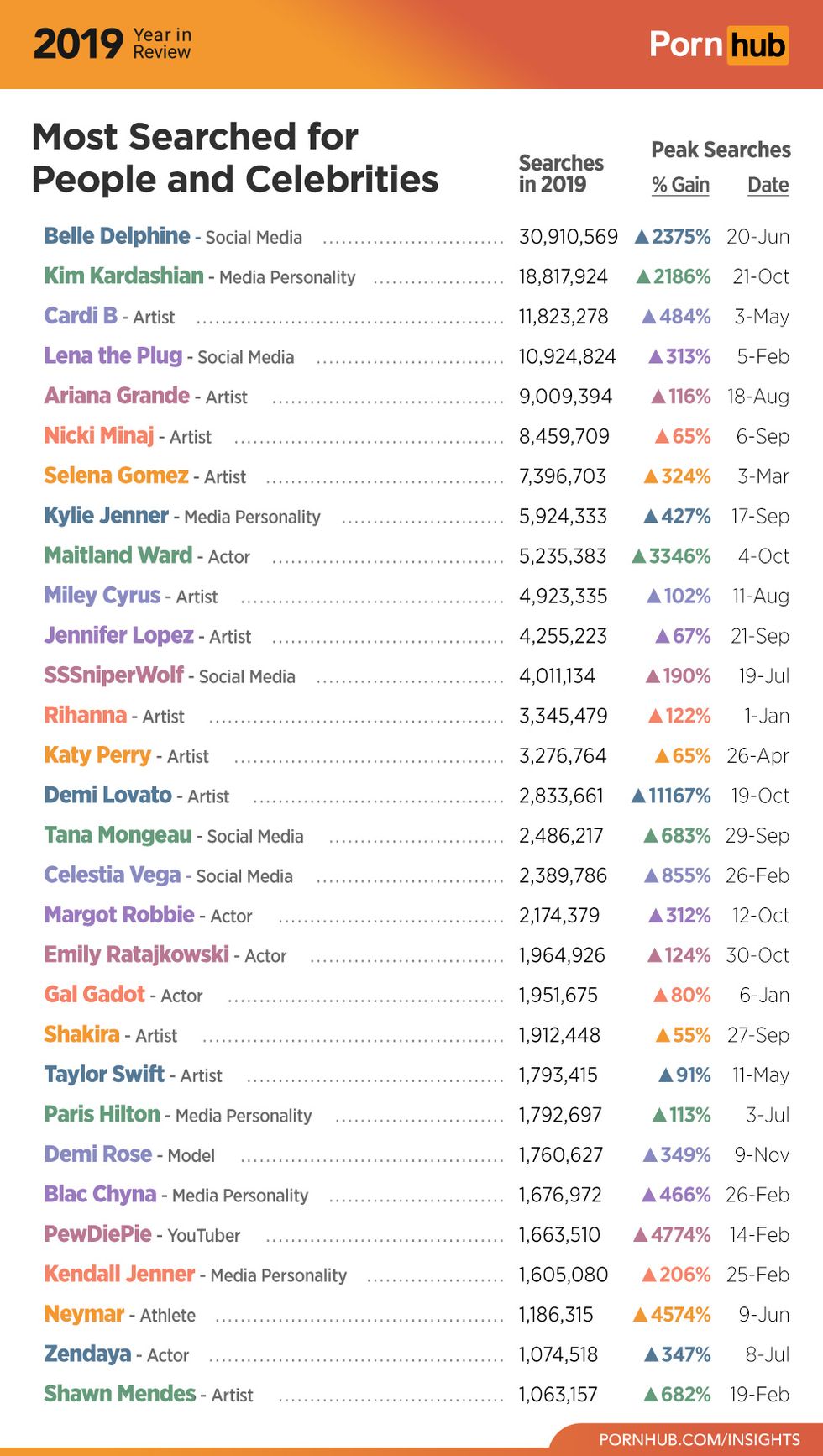