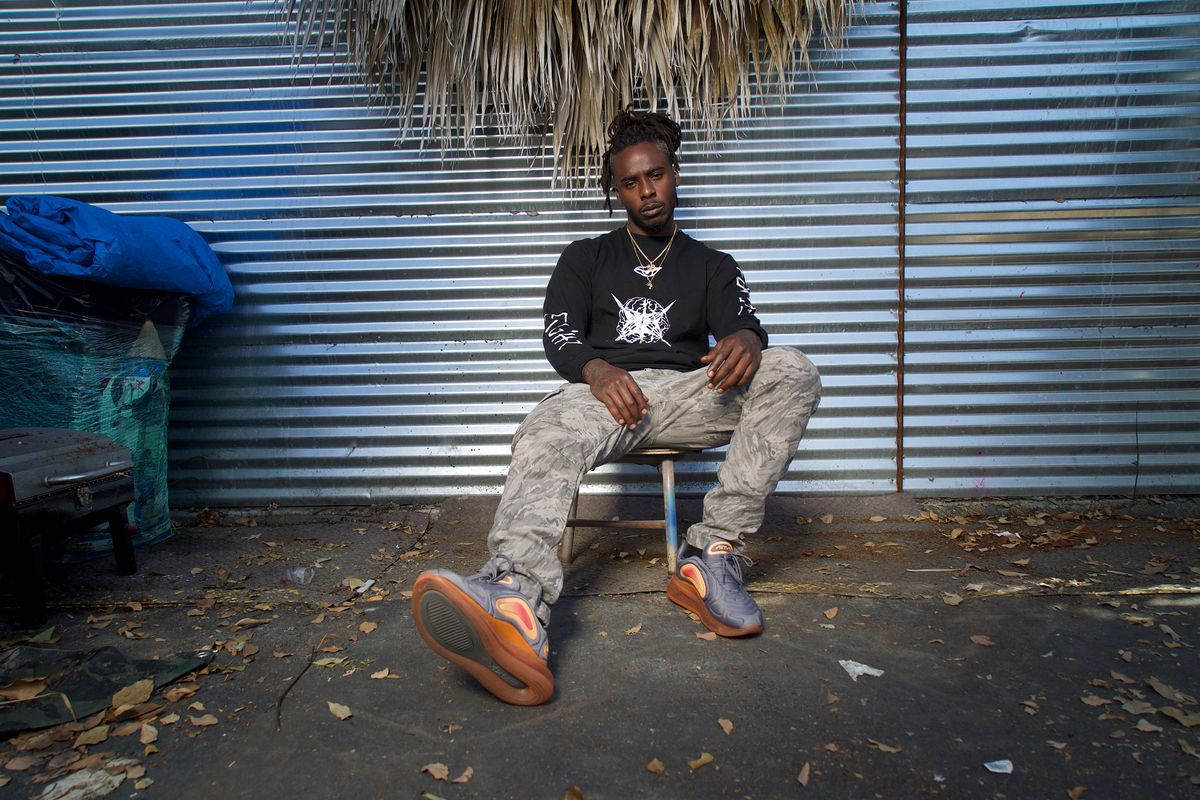 2020 has already been one hell of a ride. First COVID-19 hit us by storm and now our beloved country is confronting — and being confronted with — the ongoing injustices committed against Black communities. As the whole world is looking for outlets to express the unparalleled events taking place, artists everywhere are speaking up in solidarity against what's wrong with our system in an attempt to evoke immediate change.

In this moment, many of us have found ourselves returning to Bob Marley's iconic "Redemption Song" and "Get Up Stand Up" moments, begging our communities to move forward in a triumphant, united way and stand together to fight for our rights.

Related | You Should Buy These Black Artists' Music Today

It's no surprise Bam Marley, the newest member to emerge from the legendary family, is continuing in his predecessors' musical pursuits. The son of Ziggy Marley and the eldest grandson of Bob Marley, Bam is premiering a new single and video, "Fight Your Fears," today with PAPER.

In the video, which was directed by Jason Goldwatch, Bam is seen walking through a dystopian landscape of burned-out cars, destroyed homes and a small, fallen airplane; we're left wondering whether the wreckage is due to natural disaster or human interference or both. The camera pans to his palm and we see he's holding a Polaroid of a woman, perhaps someone he's searching for in the midst of the aftermath.

"We drove out to the middle of the desert, near the Salton Sea," Bam says of the shoot. "We shot in a place called East Jesus, and a few other locations Jason [Goldwatch] found out there. We were actually shooting when we all got notifications that LA was on lock down. Was a pretty crazy experience."

Throughout, Bam's lyrics describe the rewarding feeling of freedom when we work together and have faith that the best fight through any difficulty is with love:

"Feel your passion/ Know your rage. / I know that your mind is great. / Take a step fight your fears. / Fight them with me."

"'Fight Your Fears' is a song about addressing the things that you're afraid of. It's about addressing the matters we're seeing play out right in front of our eyes," he shares. "With everything going on right now, I think it's more important than ever to fight your fears and stand together for human rights, freedom and justice."

The idea of conquering your fears is something Bam understands personally. Growing up in such an iconic music family, not only was he surrounded and inspired by the expressive, revolutionary music they made but he was also aware of the legacy he inherited and the pressures that came with it. But any initial hesitation about entering the music industry eventually dissipated; he decided to dive in, especially when he realized he didn't have much of a choice — music was truly the only way that Bam could best communicate his feelings.

In overcoming those internal battles of self-confidence and concerns about other peoples' opinions, Bam's music conveys something we all deal with: mental and physical limitations whose origins are often deeply embedded in our society and its structures. In the song and video for "Fight Your Fears," Bam embodies the idea of confronting and removing societal barriers and stepping into a new confidence that can keep us from being oppressed.

And, although the video was shot a few months ago, the themes expressed in it and in the song's lyrics could not be more meaningful. "Right now we're seeing the masses rise up and fight against systemic racism and social injustice that's been happening against the Black community for centuries," Bam says. "Regardless of the battle, it's important that we address adversity head on to fight our fears."

As we march into the new week, we stand with Bam and urge everyone to watch "Fight Your Fears" and emancipate yourself from mental slavery.