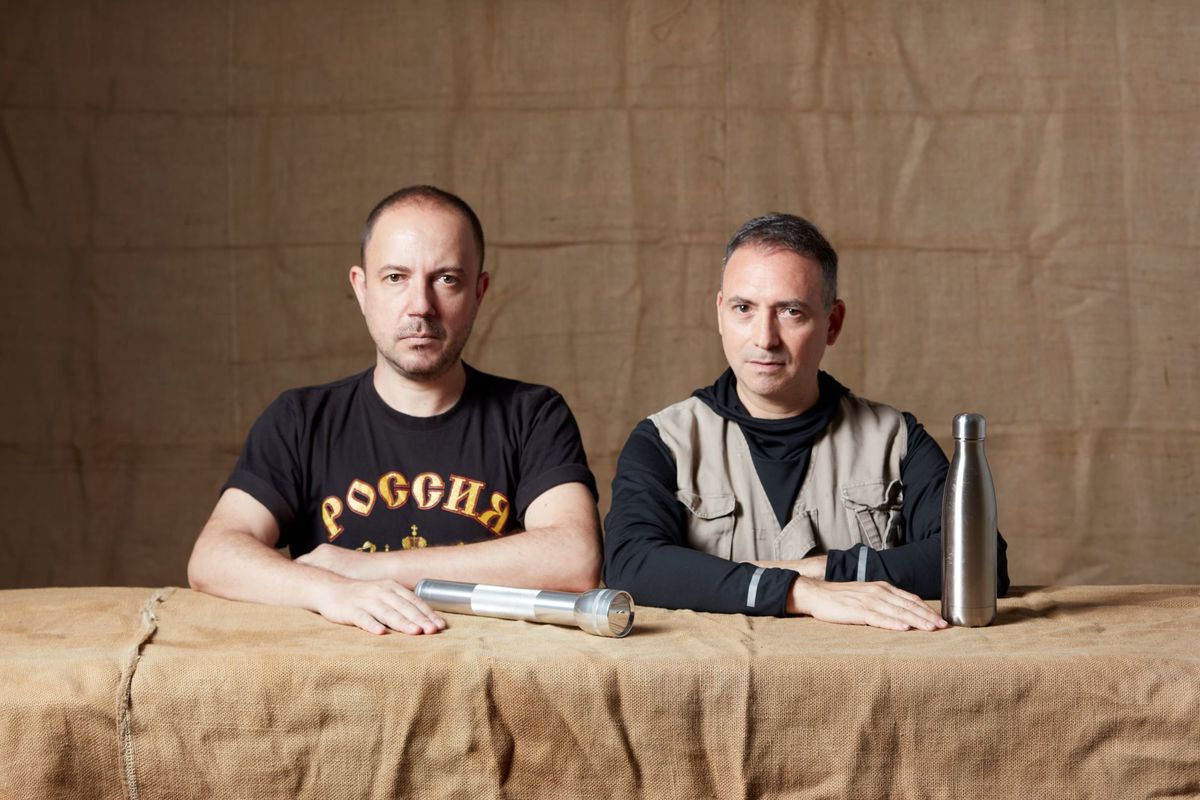 It's no secret that love can bloom on the dancefloor. The right time, right place and a perfect song is sometimes all it takes to spark a romance for the ages but what about the selectors behind the booth? What happens when you music partner is also, well, your partner? B2B is a new series for June Pride celebrating queer couples in the world of dance and electronic music whose love brings their work to another level.

Truth be told, Buenos Aires-based duo, DJs Pareja, were actually a couple long before they even considered stepping behind the decks. It actually took six years after Diego Irasusta and Mariano Caloso first met at a nightclub (named after a Deee-lite lyric) for their friends to convince them to start making music and DJing together. Since then they've gone on to play clubs and festivals around the world, making no attempt to shy away from the romantic nature of their relationship by even going so far as to adopt the name "Pareja," which translates to "couple" in Spanish.

Deeply enmeshed in the rising South American new school of techno, DJs Pareja's methodical high octane approach has garnered them support from the likes of Matias Aguayo and his internationally renowned label Cómeme, US collective Honey Soundsystem, Tiga's Turbo Records and most recently Barnt's new imprint Schalen. Back home in Buenos Aires, the duo are a pillar of the local underground queer scene with their long running party, Fun Fun, having gone on for over a decade now.

For this latest installment of B2B, we caught up with the Argentinian techno powerhouse to get to know them a bit better and hear what makes their chemistry so special.

We first met in a legendary club called The Age Of Communication in Buenos Aires in 1993, one of the most exciting clubs the city has ever had, where the music was pure underground house and techno, the crowd was mixed and the vibe was the best. There was a chill-out area on the rooftop, it was there where we first saw each other and fell in love at first sight.

Our relationship has gone through many different stages throughout all these years, but we could say that mutual respect has always been a constant. Also the desire to always take the same path, to go the same way together, despite the differences that we have as individuals.

First we got into bed and then into music [laughs]. We are just joking. No, we didn't plan it, it just happened naturally. We've both loved music since we were children and have always loved going to clubs. We've always been real party animals. We got to meet so many interesting people and became part of the local underground music scene. We kind of nourished our minds as much as we could, gaining lots of information and of course buying tons of records. We were encouraged by our friends and fellow DJs and musicians to become DJs, but that happened about six years after starting our relationship.

We believe that the impact is absolute, since we don't know any other way, our musical career started already being together. Perhaps the impact can be for those who listen but for us it is natural to do everything as we do.

Mariano: "You Are My World" by The Communards from 1987, when it was much more difficult to be an openly gay singer. I personally respect those who fought for what we have today, and for me, people like Jimmy Somerville or Boy George are heroes.
Diego: I love "There Is A Light That Never Goes Out" by The Smiths. I love that romantic, idealized and even sometimes platonic idea of love, very Morrissey and very Oscar Wilde.

The DJ scene in Argentina and Latin America is still a little bit machista [chauvinist] and conservative, especially in mainstream clubs. They forget, or don't know, where house music comes from. They forget about the gay roots in dance music or maybe they just don't want to see it. So it is our duty to show them in their faces that we are here and we are queer. We are happy to see a brighter queer dance scene in the last few years, all over the world. It is great to see how gay culture is coming back to its roots.

How are you celebrating Pride under quarantine?

In fact Pride is celebrated in Argentina the first week of November, so this year we hope to be able to celebrate with friends and the people we love. We really hope these horrible and strange times are over soon and that we can get together in November. The Pride parade is huge and amazing over here and we always look forward to it.