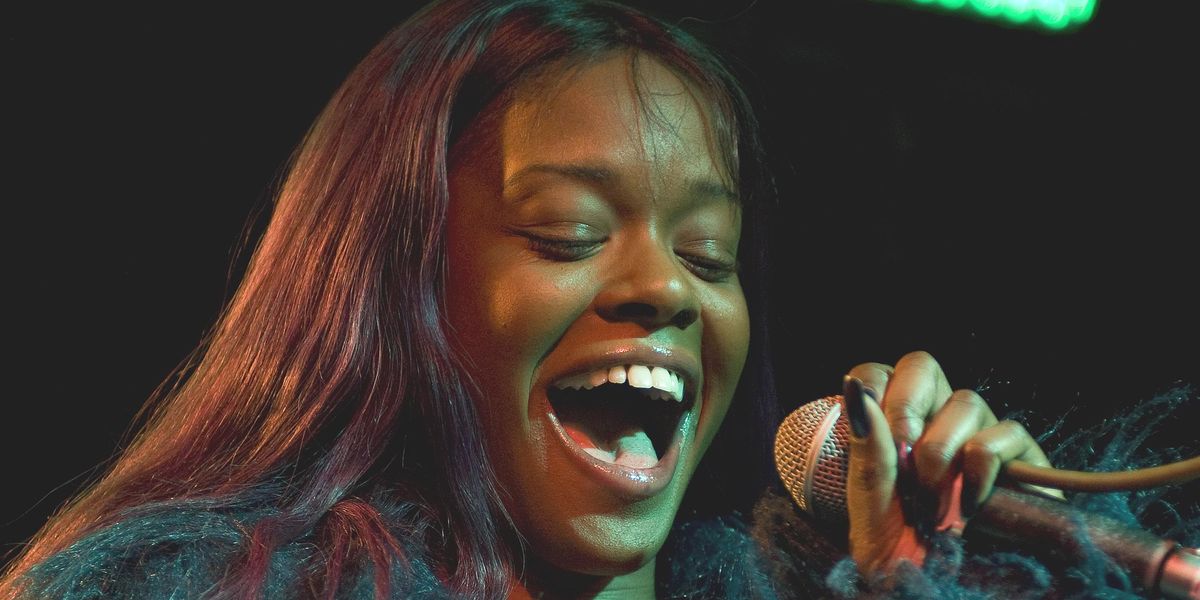 Will Kanye Be Featured on Azealia Banks' New Single?

Azealia Banks is finally coming back with new music, revealing just this morning the cover for her comeback single, "F*ck Him All Night."

The single art, a close up shot of Banks' hands resting on her thighs, acrylic nails reading "Kanye West," leaves us with so many questions.

Could West be featured on the song? Considering that he's centered his recent material around Christianity, it seems improbably, but that's the thing with both Banks and West — you never know exactly what they could have planned. This could be a duet for all we know.

What's more likely, though, is that "F*ck Him All Night" could be about West considering Banks previously suggested that she'd like to link up with West romantically. Back in April, when the news claimed that West was back on the market following his divorce from Kim, Banks took to Instagram and captioned a screenshot of a news article, saying "The powerful black demon entity awaiting in my ovaries and Kanye's testicle is finally about to be unleashed upon the world."

Banks came out a couple of days later to confirm that her tweet was a joke, which aligns with past words from her being decidedly anti-West. Last year, Banks unleashed a fury of words at West following his rant about abortion at his first presidential rally in South Carolina.

"Maybe the fact that a lot of those mothers did not want to abort their child, you know?" she wrote. "Maybe due to fucking systematic races and you know, you can't make an equality. Maybe they had to give their babies up. Maybe there were a lot of tears that the women had to cry, you know."

With all of this in mind, there's literally no telling what "F*ck Him All Night" will cover. Perhaps she really is shooting her shot. We'll just have to wait and listen.