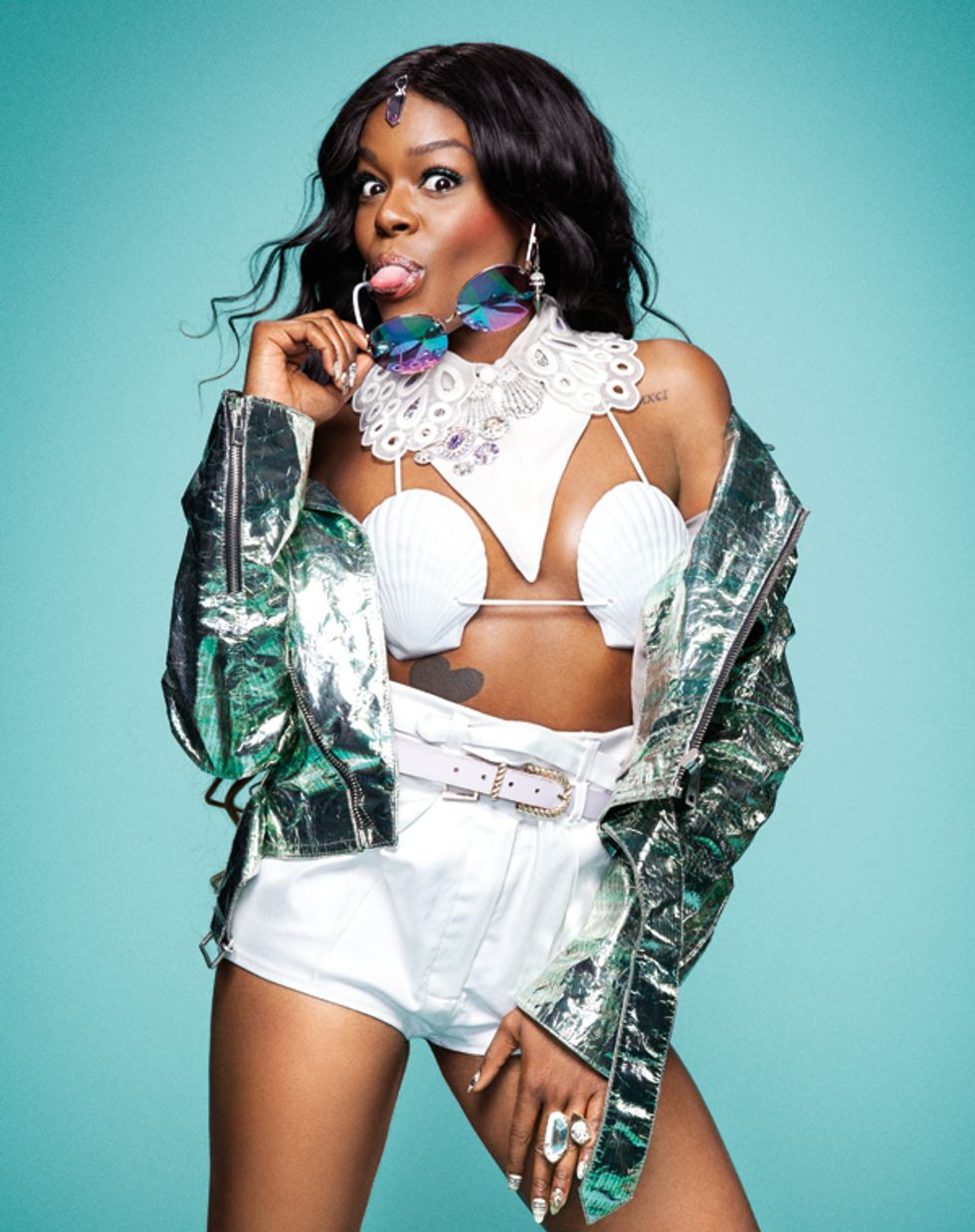 By Sandra Song
PAPERMAG
photo by Emily Shur
Azealia Banks took to Instagram yesterday afternoon to share a few thoughts on Republican presidential candidate Donald Trump's stance on immigration -- and the results were, uh, unexpected to say the least.
Saying that immigration is "the BIG American problem" responsible "for the Black Man's current misfortune" as public resources (i.e. government money, state aid, school space, etc.) are spread across poor African-Americans and new migrants, Banks went on to blast the current infrastructure's misdirection of resources to an influx of international immigrants.
And while she admits that "it's selfish," she goes on to explain that she "cannot afford to focus on ANYONE OR ANYTHING BUT MY OWN" saying "America has been really good at convincing me that everyone else's problems are more important than my own. I want my fucking money!!! Me First!!!"
Obviously, her statements caused quite the stir, so she elaborated on her "social experiment," saying that this was more about presenting an abstract view of America's inequalities rather than shipping Trump's immigration policies outright.
"There are many other instances in history like this," she concluded. "Self-preservation is Key."