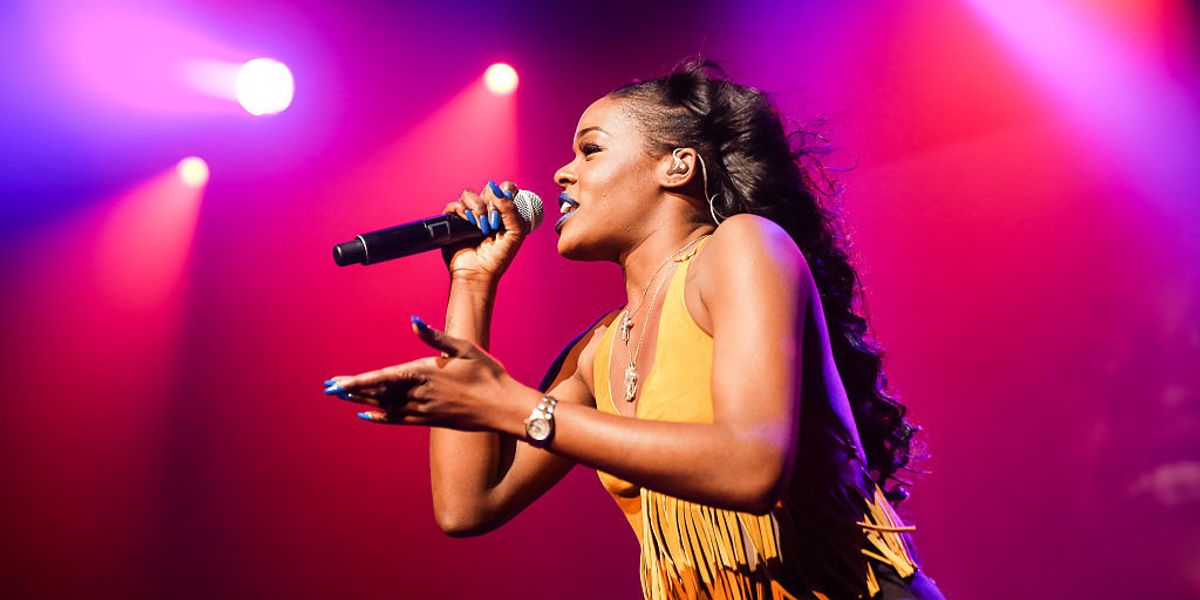 Azealia Banks is Back With a New Single, 'Anna Wintour'

Azealia Banks is back. The controversial rapper dropped her newest single, "Anna Wintour," from her forthcoming full-length album Fantasea II. Pitchfork notes that Fantasea II does not currently a release date, but the album has been in the works since 2013. "Anna Wintour" was originally intended to be released on March 18, 2017, but its release was pushed back. You can listen to the track here, on Soundcloud, or on the player below.

Mel B, aka Scary Spice from the Spice Girls, was initially slated to guest on"Anna Wintour," but was unable to complete the commitment due to personal issues, Banks confirmed.

Mel B will unfortunately no longer be featured on Anna Wintour due to some personal stuff. Azealia Banks will be releasing the single with no futures and will sing Mel B's part.

Banks even posted the "Anna Wintour" lyrics on her Instagram page. "I'm runway/you know they a side show" is totally going to become the catch phrase of every Fashion Week from here on out.