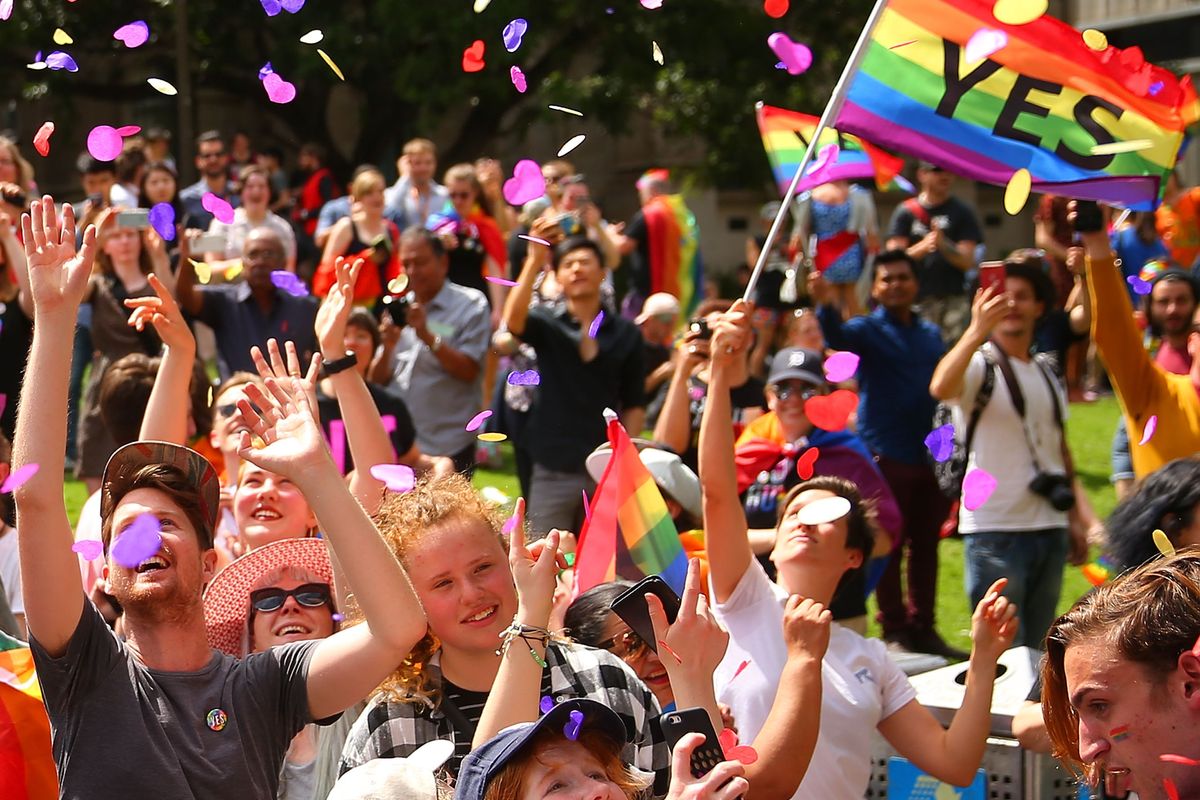 A national referendum three weeks ago showed that there was strong public support in Australia for gay marriage. The Senate passed the legislation last week, and the bill was passed today in the House of Representatives with just four votes against it.

"This belongs to us all," Prime Minister Malcolm Turnbull, a longtime advocate for marriage equality, said. "This is Australia: fair, diverse, loving and filled with respect. For every one of us this is a great day."

The New York Times reports that after the final vote, spectators began singing the well-known anthem "I Am Australian," with some lawmakers standing to watch with tears in their eyes.

The new law is an expansion of earlier legislation that provided equality to same-sex couples in areas like tax, employment and government benefits, but it changes the official definition of marriage from "the union of a man and a woman" to "the union of two people." It also recognizes same-sex marriages from other countries.

There have been 22 failed attempts since 2004 to legalize gay marriage in the Australian Parliament.