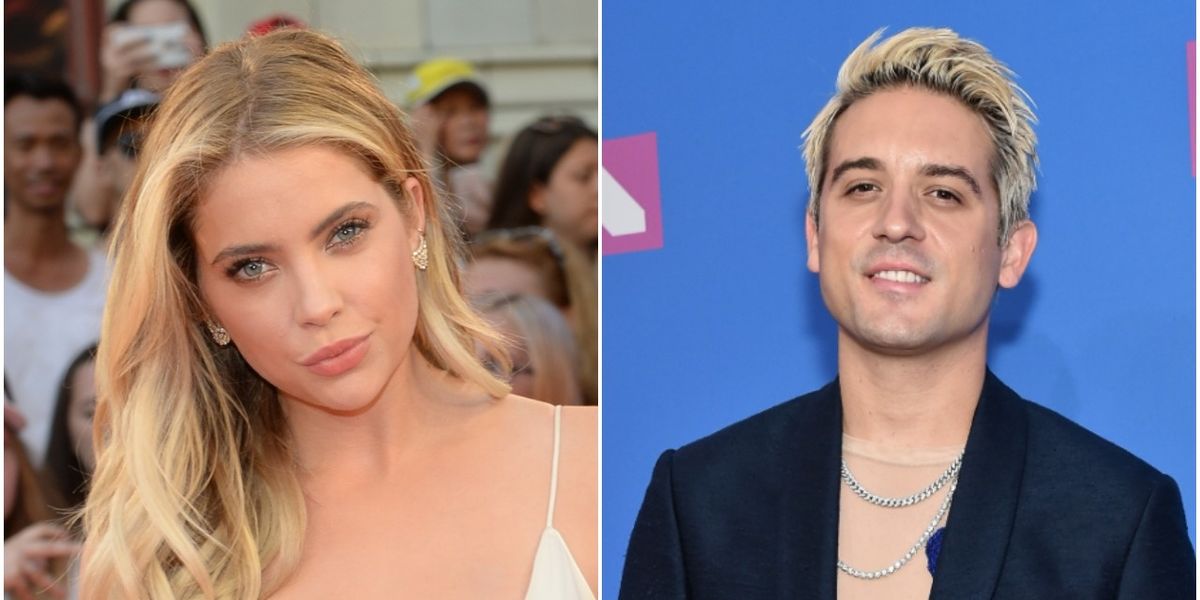 Earlier this month, news surfaced that Ashley Benson and Cara Delevingne had broken up after two years together. And because this is the internet, fans are now speculating that G-Eazy may have something to do with their split.

As The Cut reports, it all started over the weekend after photos of the rapper at a Lassen's grocery store in LA with a woman surfaced online. And though there's no indication that the two are romantically involved, the widespread belief that Benson is his "female friend" has sent the internet into full meltdown mode.

In addition to mourning Benson and Delevingne's break up — which a source previously told People just finally "ran its course" — for some reason, people are now making the logical leap that G-Eazy is the reason for it.

As one person wrote, "I don't want to live in a world where Ashley Benson broke up with Cara Delevingne to date G-Eazy," while others simply reacted to the rumor with a bevy of baffled GIFs.

ashley benson broke up with cara for... G-EAZY? pic.twitter.com/N96DPoL9QB

That said, there's little actual evidence of them being more than just friends. Aside from their purported shopping trip, the only things that really seem to connect them are their recent collaborative cover of Radiohead's "Creep" and a few tame Instagram comments.

As noted by the publication, Benson previously commented on G-Eazy's slideshow with a red heart, which he responded to with a blue heart emoji. She also wrote under his Valentine's Day post with the caption "Happy v day but you can't be my girlfriend" with a very innocuous, "The longest legs lolll."

G-Eazy, Benson, nor Delevingne have addressed the speculation. In the meantime, see what else Twitter is saying, below.

so ashley benson broke up with cara delevingne to date g eazy..... pic.twitter.com/P47fv6PemB