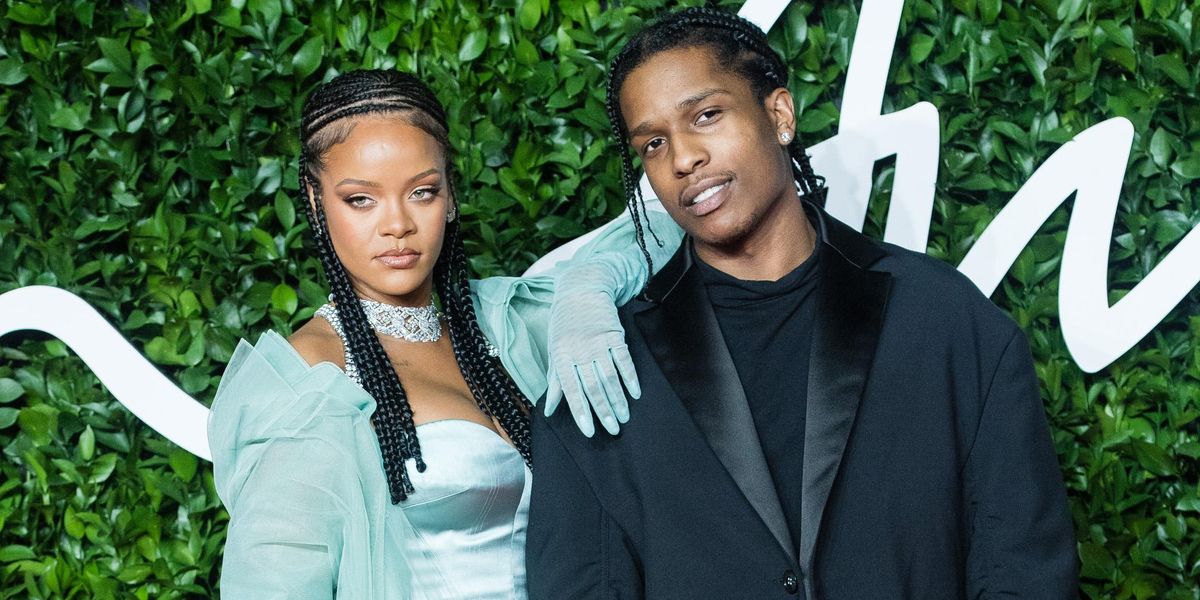 A$AP Rocky Calls Rihanna the 'Love of His Life'

A$AP Rocky and Rihanna are your classic under-the-radar, are-they-or-aren't-they celebrity couple. Or they were, until A$AP's new June cover story with GQ, in which the artist revealed that he's very much in love with the musical megastar slash fashion and beauty entrepreneur.

A few examples of how A$AP Rocky refers to Rihanna, who is admittedly a goddess walking on this shitty moral earth, in the profile:

"The love of my life"

"She amounts to probably, like, a million of the other ones"

He concludes: "I think when you know, you know. She's the One."

So yeah, I guess you could say that things are getting pretty serious.

Related | Rihanna and A$AP Rocky Spend the Holidays Together

We get some insights into what the apparently very loved-up couple have been getting up to while out of the public eye during the pandemic too, namely an acid-tinged cross-country road trip. A$AP Rocky says that Rihanna influenced his new album All Smiles, which is truly painful news for the Navy, who are simply BEGGING at this point for Rihanna to release new music of her own.

Still, it's very sweet. We're happy for them! A lil worried about Drake, though.

The wide-ranging interview also covers A$AP Rocky's Swedish prison stint, including what really went down with former President Trump's intervention on his behalf. And learn that A$AP is apparently a massive Morrissey fan? Which is an unusual thing to be in the year 2021.

Thank you to Ella Emhoff's reported boyfriend for getting all the goss. Read the whole interview here.