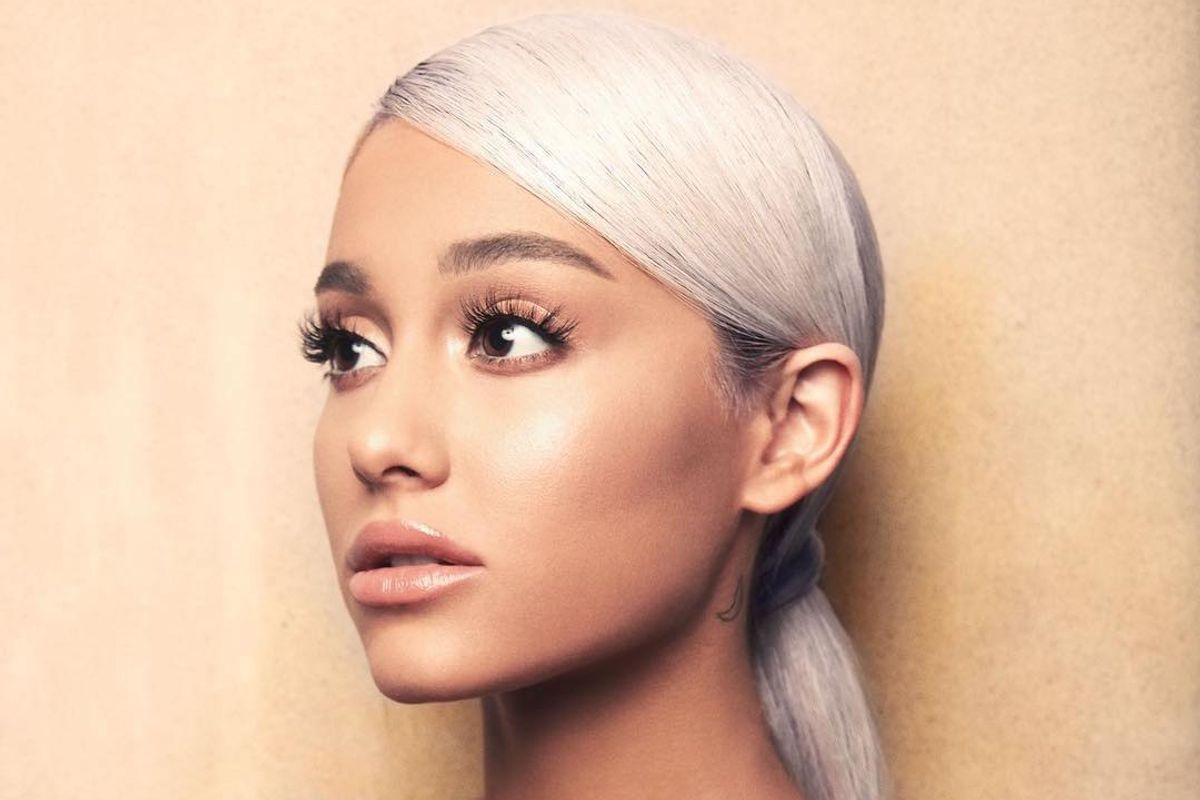 Ariana Grande Celebrates the Power of Healing on 'Sweetener'

Ariana Grande has been through a lot. In May 2017, she was at the center of a terrorist suicide bombing outside of the Manchester Arena, where she had just played a show as part of her Dangerous Woman Tour. 22 concert-goers were killed, plus the attacker, and over 800 were injured. Although she holds no fault at all in the incident, it's still a lot to take in for a young artist already navigating the difficult transition into adult fame, with an intensely close relationship to her fans.

Grande's immediate response said a lot about her. A mere four days after the tragedy, she announced that she would return to Manchester to organize a benefit concert, with performers including Coldplay, Justin Bieber, and Miley Cyrus, among other British and international megastars. Every proceed went to an emergency fund to benefit families of the victims. It showed immense resilience and determination on the part of Grande, who resumed touring following the show, refusing to let the rest of her fans down and let terrorism win no matter how tough the task.

As the tour came to a close, the world inevitably wondered how Grande would address and process these complex emotions on her next record, now that she was having to face them without preoccupation. Her initial approach to processing the Manchester tragedy is mirrored on Sweetener, her fourth studio album. Rather than openly grappling with the pain, she's making a strong, willful push to find happiness by focusing on the bright spots in life. There's a reason why the album cover is her first to be in full color rather than black-and-white, and why "no tears left to cry" was chosen as the lead single. It serves as the album's mission statement, declaring her optimism about the future and inviting her fans for the ride. But she doesn't ignore the journey she went through to reach that state of mind — rather, it's hidden throughout the record.

Sweetener sees Grande on a mission to empower herself and embrace a "live for now" mentality, both sonically and thematically, which serves one purpose: to heal. She finds her power again through many different avenues, including love on the irresistibly funky "blazed", sex on the heavenly "God is a woman", and professional wins on "successful", which plays as a beefed-up version of the damn Nintendo Mii Channel background music (this is not a bad thing).

Most songs on Sweetener, especially those with production handled by maestro Pharrell Williams, feel lighter and more organic than her previous fare. The structures are a little looser and pleasantly unusual, and the melodies more meandering and drawn out, allowing Grande to get lost further in her daze. This is best shown in "R.E.M.," which she transforms from a vintage Beyoncé demo into a hazy R&B stunner that's just as beautiful as the dream she doesn't want to wake up from. Although it's reminiscent of classic Pharrell, it marks new territory for Grande, the adventure being apart of her taking back control and living in the moment.

But living life to the fullest still comes with its challenges — she even worries about going too far with her flirtatious advances on the breezy "borderline", featuring an all-too-brief verse from Missy Elliott and endless cowbells. To get there, Grande had to learn to let go of another toxic relationship, which she does in two parts—the hypnotic and hard-hitting "everytime," which contains some of the most robust melodies on the album, and the simmering electro-trap ballad "better off," one of the boldest confections here.

This turn of events paves the way for moments when she directly deals with the after-effects of trauma. "breathin'" is a storming dance anthem with a thrilling catharsis that'll pop off in clubs, but really, it soundtracks going through a spout of anxiety, Grande handling it with as much poise and elegance as one can muster. She talks herself through another panic attack over layers upon layers of harmonies, finger snaps, and doo-wop piano on the finale "get well soon," but redirects the message to her listeners, never one to let her fans struggle alone.

But Sweetener is at its most effective as she unabatedly revels in her happy ending. "goodnight n go," a reimagined take on her idol Imogen Heap's classic, may be the album's standout, exploding with euphoric breakdowns and whimsical romanticism. And of course, there's Pete Davidson, whom she calls her soulmate on the majestic interlude named after him. But even in that minute and 14 seconds, the focus is not completely on him — he's the final part of her healing process and last stop on the path to happiness.

Grande has never been one to let emotions get the best of her — "I never let 'em know too much / Hate gettin' too emotional," she sings at one point — and a shocking event in her life still didn't change that. She never even directly addresses Manchester, except for "get well soon" having a runtime of 5:22, the date of the incident. And really, that's the most poignant tribute she could give. Sweetener takes account of tragedy and change in a way that's distinctly Grande —harmonious, nurturing, and proudly escapist. It's an experimental yet effective therapy that she's really always subscribed to, just in sonic form this time. Grande will stop at nothing to achieve happiness in the face of apparent defeat, a mindset that we should all aspire to.

Listen to Sweetener below: