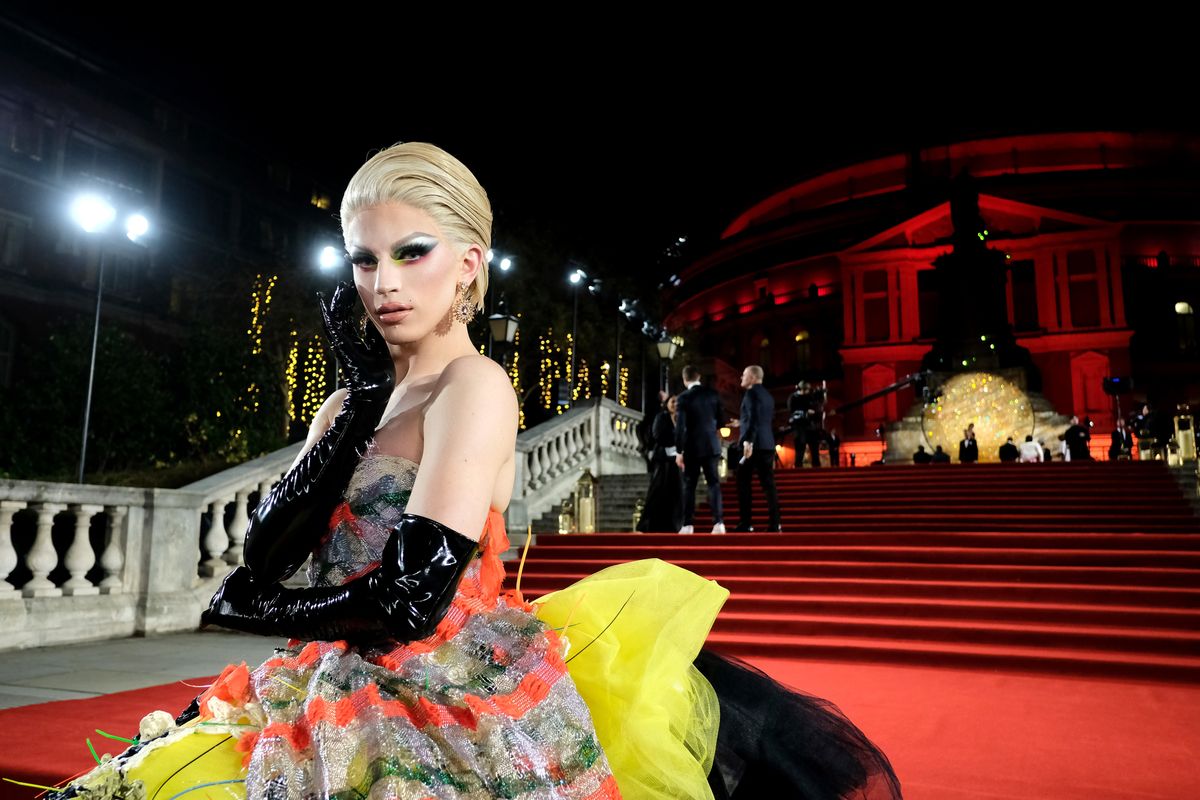 Aquaria Serves it up at the Fashion Awards

In what can conservatively be described as a big year for the RuPaul's Drag Race Season 10 winner, Aquaria has been ubiquitous since snatching the crown. From sold out club shows to appearing on runways around the world from Moschino to Nicopanda, the young queen is quickly becoming fashion's newest it-girl. Bridging the worlds of drag and high fashion, Aquaria has been carrying the mantle of the Drag Race crown and seizing drag's pop culture moment in an effort to further integrate the art form into the mainstream.

Continuing to up her game, Aquaria wowed on the red carpet of last night's Fashion Awards in London. Amidst Kendall Jenner displaying some serious skin and Meghan Markle showing off her baby bump while presenting the award for best womenswear designer, it was Aquaria's multi-layered dress designed by nominee Matty Bovan that stole the show.

Featuring billowing yards of colorful tulle with a garden of applique flowers and a festively patterned bodice, Bovan's dress brought a punk attitude with decadent volume reigned in by an editorial eye. A look so bold and chic, only a personality as commanding as Aquaria could pull off. Truly a statement piece from Bovan and another in a series of highlights in Aquaria's upward trajectory, one can only hope that these two don't wait too long to pair up again.