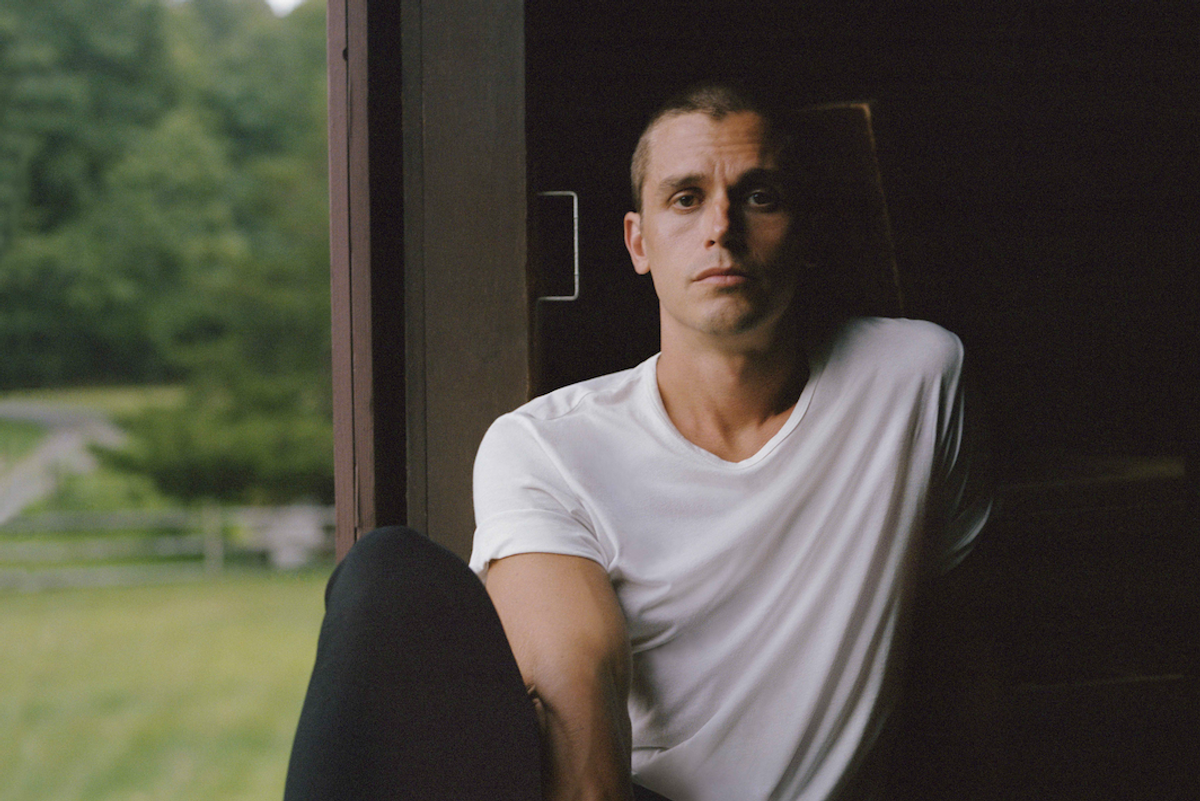 The Perfect Jean, According to Antoni Porowski

Queer Eye heartthrob Antoni Porowski may have carved a lane for himself with his food and wine expertise — which helped him land a New York Times best-selling cookbook along the way — but now he's trying his hand in a slightly different pot: fashion. For his latest endeavor, the Netflix personality is launching his first-ever collection with denim label J Brand.

"Basically, in seasons one and two of Queer Eye, we were allotted a budget for the clothes that we'd like to wear, and all of us had mood boards," Porowski told PAPER of the collaboration's origins. "Mine was entirely just jeans and t-shirts, and that was it. I was like, 'This is amazing.' So no joke, I got a bunch of J Brand jeans and a bunch of basic tees."

"I started abusing that Instagram relationship and asking as politely as I could for free jeans all the time," he said. "And then I was so excited because one day they messaged me, not wanting to send jeans, but wanting to collaborate on a capsule collection, which never in my life did I think that that was something that I would be doing."

Porowski's affinity for elevated basics drew him right away to the thought of a collab, and since he already loved the brand, there was no need to create something entirely new. Instead, he sought to update some of the label's classic silhouettes that would reflect his laid-back style the best.

"I didn't have anybody in my life who'd ever really done this before, so I didn't really know what to expect," he explained. "I kind of went in thinking, 'Oh, we're going to take some photos of me looking at racks of clothing,' but it was very hands-on."

Throughout the design process, J Brand pulled samples from their archives and consulted Porowski on his idea of the "perfect jean," and although this was his first time crafting a collection with a fashion label, he had a clear idea of what he wanted.

"We took an existing pair, and they were like, 'Well, how would you make it perfect and one hundred percent you?' And so I wanted to raise the waist a tiny bit, open up the leg, and add button closures, which was really important for me because they're old school. Yes, they're a bit more of a pain in the ass to put on, but it's like, that's how denim started out."

From there, the 10-piece collection took form — six pairs of pants boast Porowski's appetite for mod comfort, all of which arrive in The Modern Skinny fit, a style based on his previous go-to: the Mick silhouette. Elsewhere, a leather trucker jacket, bomber jacket, and two graphic tees, each drafted in the same method with Porowski's personal stamp, round out the range.

On a pair of '40s-inspired, military khaki pants, Porowski took his personal touch a step further, replacing traditional brass buttons with hardware fronting his 600-year-old family crest. He didn't stop there either; embroidered onto the back of select jeans and printed on graphic t-shirts is a lunch bag with the letter 'A' in its center, nodding to his supreme abilities as a kitchen connoisseur on Queer Eye.

"I wanted to have just a little signature that really made it feel special and very personal," he said. "I know that this is a job, but at the same time, it's so much easier to work on something that you already know and love and you just get to tweak it — just the right amount."

This collaboration certainly isn't the only feat on Porowski's recent agenda, either. He just took home his third consecutive Primetime Emmy Award along with the game-changing Queer Eye cohort for Outstanding Structured Reality Program on the Netflix series. The win, which the cast celebrated via a group Facetime call, came as a bittersweet reminder of their long time apart. "I miss those idiots," Porowski said. "It's a reminder of how grateful I am to have the job that I have, to be able to do what I do."

While other Netflix series have slowly started shooting again under strict social distancing protocol, production for Season 6 of Queer Eye remains on standstill until the first quarter of 2021 because, as one of the company's executives put it, "Those guys hug way too much; there's no way to incorporate social distancing," he says.

Naturally, with time off from the show, Porowski has had ample time to experiment in the kitchen with new recipes, most, if not all, of which definitely now include eggs. "I'm obsessed with eggs," he said. "I noticed on @marthastewart48's page that she always has this big glass bowl filled with farm eggs that are always just sitting in her kitchen. And I was like, 'That's life goals.' So now we have that in my kitchen. I pick up like 4 dozen eggs every week and I make the perfect soft scramble every morning."

On the topic of a follow-up to his 2019 cookbook, Antoni in the Kitchen, foodies will be excited to know that there's a second installment on the way. "I do have plans [for a second book]," he confirmed. "I've been keeping busy during quarantine. That's all I'll say."

Browse a selection of items from J Brand x Antoni Porowski, available to shop now, in the gallery below.