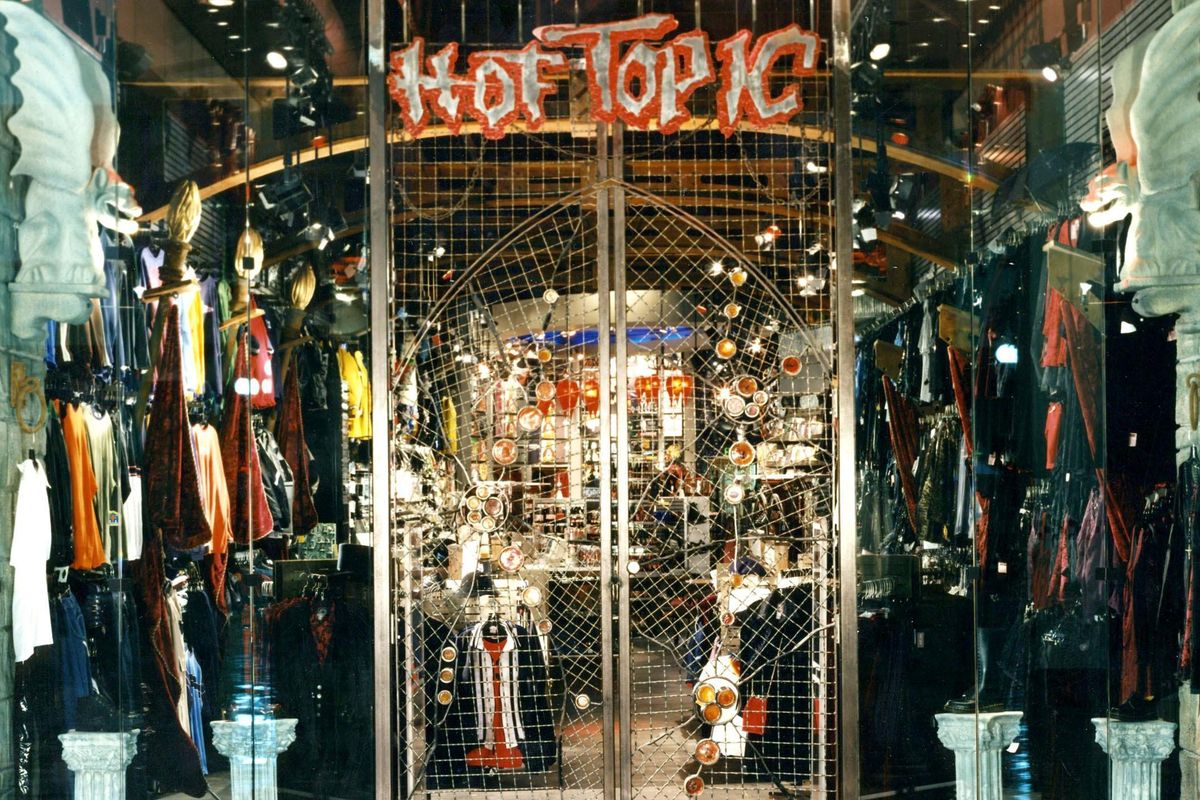 According To Study, Millennials Love Hot Topic So Much

It should come as no surprise to anybody with eyeballs that 90s-00s nostalgia, particularly of the middlebrow mall aesthetic variety, has been on the upswing for some time now. Since 2016, distinctive aesthetic cliques have been forming around the fashion food court – there are the Pac Sun people (Thrasher tees, Vans Sk8 shoes), the Claire's crowd (tinted lenses, fuzzy accessories, tattoo chokers), the Bloomingdales label whores (Calvin Klein bras, Juicy sweats, Tommy Hilfiger shirts), the Hot Topic Xx_FrEAks_xX (Vetements, XL sleeves, Pablo merch), and the Spencer's Gift psychopaths (we don't talk about them).

Turns out these casual observations are backed up by cold hard facts, because according to a recent study by Cambridge Analytica, nostalgia-peddlers Urban Outfitters and Hot Topic are the two most popular retailers among millennial shoppers! From a survey of over 220 million shoppers across America asking where they shopped in the last six months, 23% of millennials reported they had shopped at UO (presumably to grab some of these Juicy reissues), and 17% had taken a walk on the wild side into Hot Topic. These were the two most frequently visited shoppes by the children of the 90s, followed up by Charlotte Russe in third place.

Placing bets now on a 2017 appearance of Emily the Strange on the runway, a Kylie Jenner RAWRing incident, and a My Chemical Romance reunion.