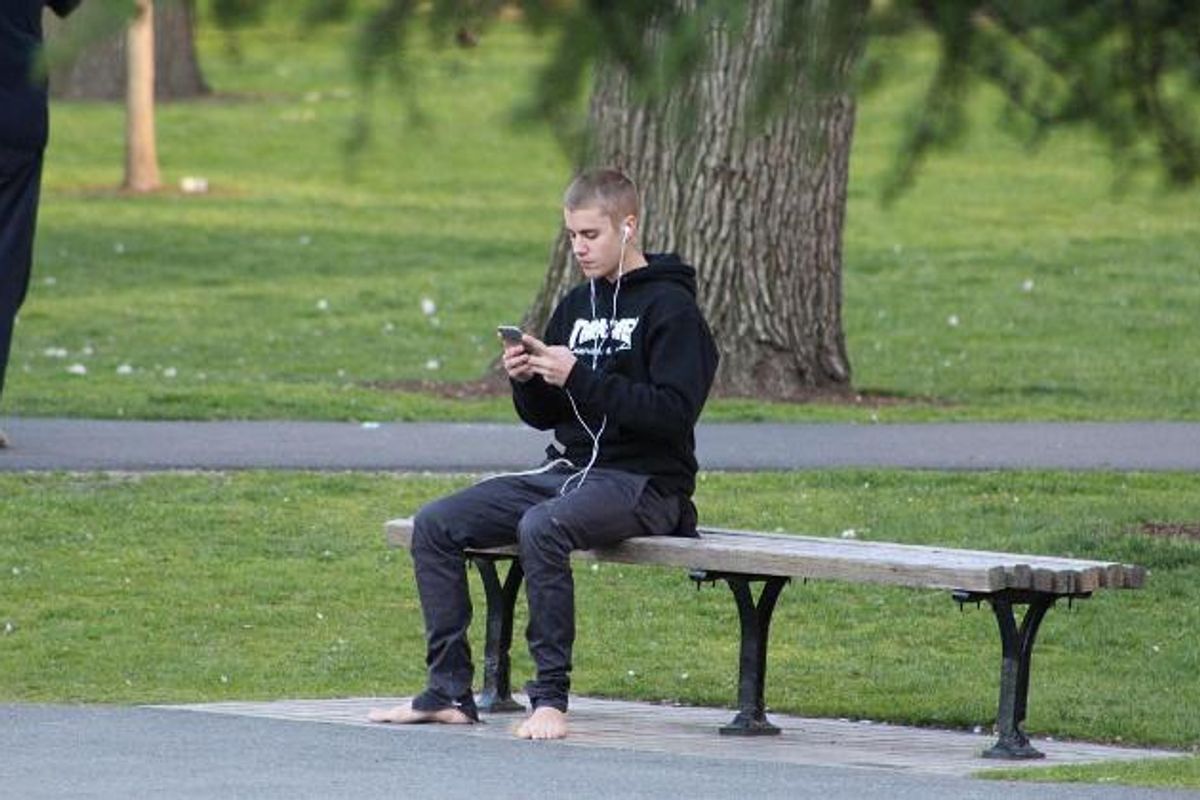 Do you EVEN skate, bro?

Much like Supreme before it, legendary skate magazine Thrasher's merch has been dragged out of its skate culture context into mainstream streetwear. Over the last year, flaming Thrasher logo tees and hoodies have become ubiquitous shorthand for "I'm EDGY, Ok?" among models off-duty, celebs from Ryan Gosling to Rihanna, and everybody else that wants the Vetements aesthetic on a Ross budget.

The Thrasher tee phenomenon has been hilariously profiled in high fashion glossies from W to Vogue, and Thrasher's editor, Jake Phelps, the platonic ideal of an old school west coast Sk8ter Boi, is definitely NOT into it. Phelps, who previously called fashion's appropriation of skate culture "corny as shit", shared his disdain for the trend in the most skater way possible in an interview with Hypebeast:

We don't send boxes to Justin Bieber or Rihanna or those fucking clowns. The pavement is where the real shit is. Blood and scabs, does it get realer than that?

Sonny Side Up on Instagram: “Uhhh I'm so sick of posers already”