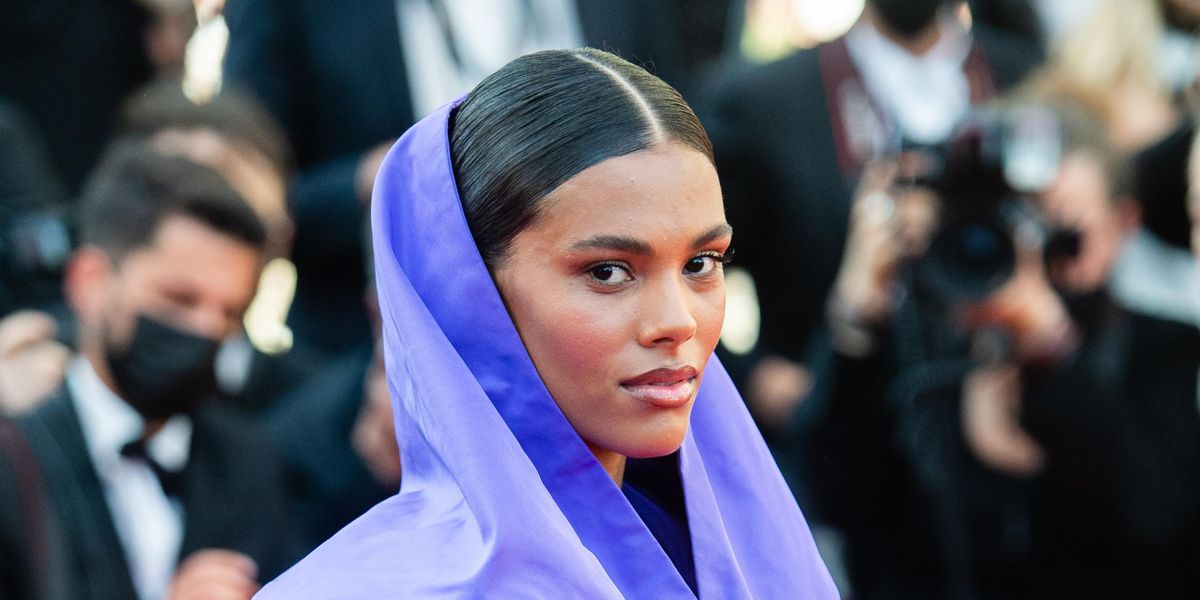 You know the "5.. 4… 3, 2, 1" segue from "Interlude: Pledge" into "Rhythm Nation" on Janet Jackson's Rhythm Nation 1814? That's sorta how the 74th annual Cannes Film Festival red carpet felt. We got a warning (it was on the calendar, after all — though delayed), but it came at you fast. With the 73rd annual Film Festival having no physical edition, this was the first Cannes red carpet since that faboosh Elle Fanning in Dior moment from the last in-person ceremony in May 2019.

And sure, we've had mid-pandemic red carpets for some time now: the Oscars, the BET Awards and VMAs, for instance. But with the 2021 Met Gala still two months out, Cannes had increased attention, given the amount of shutter bulbs that can flash for the right outfit. She's international after all, darling.

There's something about the shade of crimson of the carpet, its width, those towering stairs and surely that French air that makes the Cannes red carpet fertile ground for shots that seem as cinematic as some of the films the stars are there to promote. And thus, we cannot get enough.

Below, seven moments that mattered in a big way.

Hold the "what was Bella Hadid doing at Cannes?" jokes that were viral puppy chow on Twitter. Models always attend Cannes, and Bella Hadid isn't just any model at that. Turning heads and causing an influx of lung joke variants online, was Hadid in a dress from Schiaparelli Haute Couture Fall 2022, designed by Daniel Roseberry, worn at the premiere of Tre Piani (Three Floors). The look made its debut less than a week earlier at the Schiaparelli's Place Vendôme salons before being whisked off to Cannes. Every detail perfection, but bonus points to the obvious: the gold-dipped bronchi necklace, which made the look something not just to look at, but to talk about as well.

Where to even begin? We could start with the JW Anderson. Or the Chanel. Or the Schiaparelli. Or the AZ FACTORY. Or the Loewe. Or the Jacques Audiard. Or the ROOM 502. Or the Vampire's Wife. This to say, we'd be here all day (and pleasantly seated, I imagine) gazing and gawking at Tilda Swinton's wares. But we have to zero in on just two, both custom looks from designer extraordinaire Haider Ackermann, who proudly calls Swinton a friend and muse. To the premiere of The French Dispatch, Swinton opted for a cropped, pink satin sleeveless bolero blazer and matching top with sequin goldish green sleeves, paired with an orange-y floor-length skirt and pink heels. In a word: sublime. Outdone by only herself, she showed up the next day, to the film's photocall, in an expertly-tailored electric blue suit. To para-quote Leslie Knope, "One could describe it. But should one?" This to say, you gotta see this one to understand its impact. Both top toots of the week!

He's back! I began to pre-stan at the mere thought of Timmy gracing the red carpet, something we had not seen him do since before the pandemic at the 92nd Annual Academy Awards in February, 2020. Expectedly, he delivered, in a custom metallic blazer and matching slim-fit trousers from Tom Ford. The sunnies were Celine, the bracelets and rings (all $23,890 of them) were Cartier and the creme beveled toe cap Chelsea boots were Ford as well. It was, as the French say, chic.

He's long been one Hollywood's most stylish men, so let this be not so much a surprise as just a pure delight. To the opening gala of the Cannes Festival, for which Lee serves as the President of the Jury, he chose a hot pink, double-breasted suit designed by Louis Vuitton's Virgil Abloh, and paired it with matching pink sunnies, a black fedora and a pair of custom Nike Air Jordans. It would end up being the first of many Lee/Abloh collabs through the two week festival. "I just think that when you're hot you gotta keep it going. I hope that it's not a one and done," Lee told WWD of his hope to continue the visionary pairing.

French model Tina Kunakey served up some Little Lavender/Violet Riding Hood realness on the carpet at the premiere of Benedetta wearing Look 73 from Pierpaolo Piccioli's Valentino Spring 2020 Couture collection. In contrast to Hadid's look, which landed express from the runway, this look has had over a year and a half since it made its debut. But two things can be true here: One, with practically no opportunities to wear this since it debuted, this was practically a new look. But more importantly, there tends to be an eye on the newest or the most vintage, with everything from the last few seasons deemed too old but, but not quite retro. Kunakey's ignoring of this unnecessary fashion norm proves that timing isn't everything when you've got a look this good. And truly, this one is that good.

Look, the Prada silk twill printed pajamas at the Golden Globes were ka-yute, but the glamour was brought in full swing when Foster, who was on hand to receive the Honorary Palme d'Or, stepped out in a cream embellished dress with slashed shoulders from Givenchy's Matthew Williams. It was simple, not at all overstated, and an effective reminder of Foster's seat at the table of Hollywood royalty (The Beaver notwithstanding.)

Some brand ambassadorships make you want to make the Chrissy-Teigen-at-the-2015-Emmy-Awards face (see: Margot Robbie/Chanel). But then there are those instances when the alchemy is just right. Such is the case for one half of the sexiest couple on the planet, Jodie Turner-Smith, who gave us the full goddess experience in head-to-toe Gucci by Alessandro Michele at the After Yang screening. The look, a custom strapless gown with a vinyl, embroidered bustier, and organza skirt with crystals and ostrich feathers, combined with the beauty (both God-given and hair/make-up), gave us the kind of Cannes red carpet moment that dreams are made of. The kind you never want to wake up from. If there's any style star to keep one's eyes keenly observing it is Turner-Smith. This is a queen.