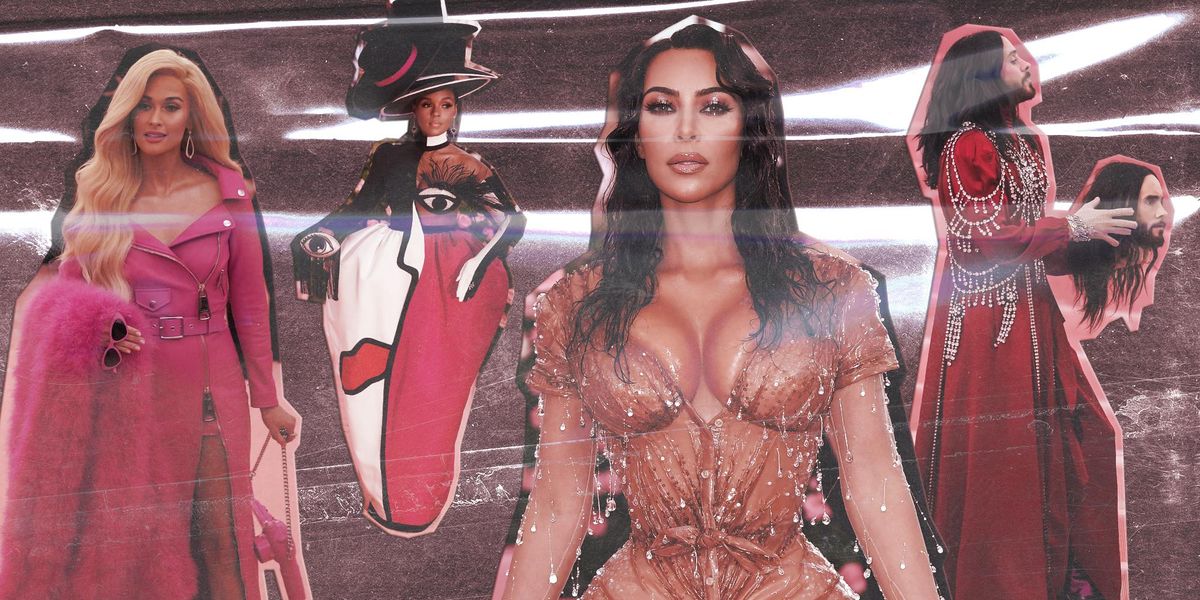 With our loins girded for this year's America-themed Met Gala, making a return on September 13 after 2020's event was cancelled entirely, it feels apt to look back on the most recent iteration of the beloved fashion fête and where it went wrong.

It all began on October 9, 2018. Andrew Bolton, head curator of the Metropolitan Museum of Art's Costume Institute, announced that the 2019 Met Gaga would be themed as: "Camp: Notes on Fashion." He went on to contextualize the choice as being derived from Susan Sontag's 1964 essay of the same name, adding: "We are going through an extreme camp moment, and it felt very relevant to the cultural conversation to look at what is often dismissed as empty frivolity but can be actually a very sophisticated and powerful political tool, especially for marginalized cultures."

What is camp? So asked the New York Times, among a litany of other outlets. The answer would prove less than obvious. At 58 bullet points in length, Sontag's sparse notes are more watercolors than they are oil paintings. For Sontag: Swan Lake, Tiffany lamps and Enquirer headlines are all camp. But neither the Times story nor Sontag's musings set a clear and unmistakable definition, for camp is truly and quite largely interpretive.

In the great words of a YouTuber sitting on the floor in front of her kitchen sink: "If you get it, you get it. If you don't, you don't. If you know, you know. And if you don't know? I honestly feel bad for you. Like, I cannot explain it. I don't have the vocabulary to sit here and explain it. Either you get the vibe, or you don't get the vibe."

Going into the May 2019 event, many speculated over whether the vibe would or would not be gotten. "My initial reaction was, 'This is going to be absolute gold," says Joe Black, a much-lauded UK nightlife entertainer and recent competitor on RuPaul's Drag Race UK Season 2. "I thought 'great theme,' and with the sort of people involved in these things, I couldn't wait to see what everyone pulled out of the bag."

But after the red carpet had run its course, the reaction was more negative. In February 2021, Watch What Happens Live host Andy Cohen asked his guest John Waters, the undisputed king of camp, for his take. "To me, camp is being so bad that you don't know it," he responded. "So how can you do that when it costs $10K dollars and you're wearing $50K evening gowns or Halloween costumes basically? It's a hard thing to do. I wouldn't ever say the word 'camp' out loud. It's like for old queens at antique shops talking about Rita Hayworth movies."

Waters famously defined camp on a 1997 episode of The Simpsons that he appeared on. "The tragically ludicrous? The ludicrously tragic?" he tells Homer, oblivious to the idea that others don't know what camp is. "Oh yeah, like when a clown dies," Homer responds, bullseyeing an example.

No one showed up at the 2019 Met Gala as a clown, let alone a dead clown. We got glimpses. Tracee Ellis Ross as a work of art. Hamish Bowles as a psychedelic dandy. Janelle Monae channeling a surrealist painting. Jared Leto carrying a prosthetic replica of his head. But what could have been one of the most free-wheeling of themes, ended up with a lot of swings that missed. And we're not just talking about Karlie Kloss.

Take the great Kasey Mugraves as Barbie. It wasn't so bad it was good. It was just good. Great, even. And thus completely missed the point. Another example of a valiant attempt: Hailee Steinfeld wearing a Viktor & Rolf runway dress with the words "NO PHOTOS PLEASE" stitched prominently across the front. The irony feels too obvious to be subversive. There's a version of this irony that's blown up so much so that it crosses the threshold of obvious, becoming so obvious that it reads as camp. This dress was not that. And then there's Katy Perry as a candlestick. The effort to be "so bad it's good" was definitely there, but instead the engine ran out of fuel at "so bad," and thus our final destination of "so good" was left adrift.

Black, who referred to himself on Drag Race as a "camp witch," says that in reality, only a few people hit the mark in 2019. "It ended up being more of a surrealist fashion parade for me; Surrealism meets very very expensive fancy dress. Ezra Miller and Janelle Monae looked incredible, though again, I was getting the most wonderful surrealism. For me, it didn't really give me what I wanted from camp. People looked stunning, but was it the shower of camp-ness I expected? Not really. You know what i'd have loved to have seen more of? Monocles. Nothing gives me camp and borderline grotesque like a monocle. Big fan of inconvenient eyewear!"

Who did stick the landing from his perspective? "Celine Dion of course totally understood the assignment. As always."

From nightlife legend Joey Arias, who's been referred to as "stylish, camp, macabre, and with a major set of pipes," impressed was not the word he would use when looking back on the night's camp aesthetics. "I saw nothing that resembled camp," he says. "They should have invited the camp scouts and downtown artists. John Waters should have been honored. But most depend on stylists, and stylists are quite crafty. Thus the car crash at the Met."

Related | What Do You Wear to a Shiva With Your Sugar Daddy?

How would Arias have fixed things? "The stars, whoever they are," — pause for effect — "could have better interpreted the camp theme by asking John Waters's costume designer of his films what to wear to the ball. That would have been so right in the money." I remind Arias that Waters's costume designer, Van Smith, has been dead since 2006. He menacingly laughs, as if to say, "exactly!"

As for this year's theme of "In America: A Lexicon of Fashion," a far less intellectually circuitous prompt, let's hope the guests (and their stylists) don't overthink it and pull from the myriad American designers throughout history. Marc Jacobs. Patrick Kelly. Stephen Burrows. Vera Wang. Todd Oldham. Anna Sui. Halston. Betsey Johnson. Isaac Mizrahi. Ann Lowe. Zac Posen. Charles James. Christopher John Rogers. Prabal Gurung. Rich Owens. Rihanna. The list goes on and on. And so too will The Met Gala.