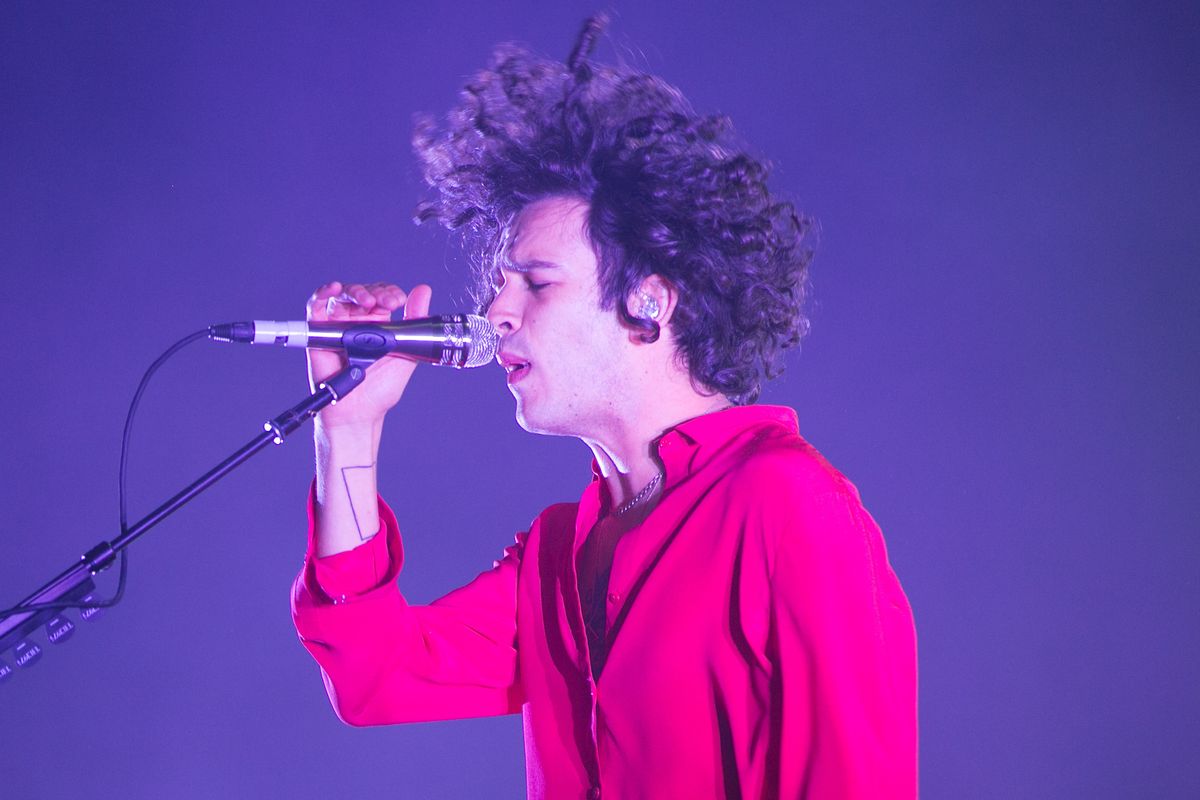 BBC Radio 1's ongoing Live Lounge series is often a container for star musicians and rising talents to perform stripped versions of their most well-known songs, and an outlet for performers to cover their favorite songs past or present.

And it's always super refreshing when a cover is somewhat unexpected. (There are many examples of iconic covers over the years, but I'm forever in love with Miley Cyrus' rendition of Lana Del Rey's "Summertime Sadness," and also that time Florence Welch covered Drake).

British dance-rock quartet The 1975 debuted their unexpected cover of Ariana Grande's new runaway hit, "Thank U, Next," which has quickly and gracefully made the case for why Ariana is someone we should all be rooting for. As if tapped into the zeitgeist, The 1975's lead singer Matt Healy introduced the cover with nothing but high praise for the high-ponytailed Grounded Pop Queen.

"[She has] become the main protagonist — is that the right word? — in most people's lives," Healy says. "The person I see spoken about most. And somebody I've started to really care about for some reason. She's had a right old tough time and I like her a lot. I think she's cool. And she's got a great voice. And I don't. So I'm gonna sing one of her songs."

The resulting rendition of "Thank U, Next" is a quiet-storm version of the breezy original, complete with backup singers, and a purposeful delay in the chorus' instantly viral lyrics. It really works to illustrate the track's poignancy and why it is resonating with so many (it is currently the #1 song in the country for the second week in a row). Hear it for yourself, below, and stream the full taping here.