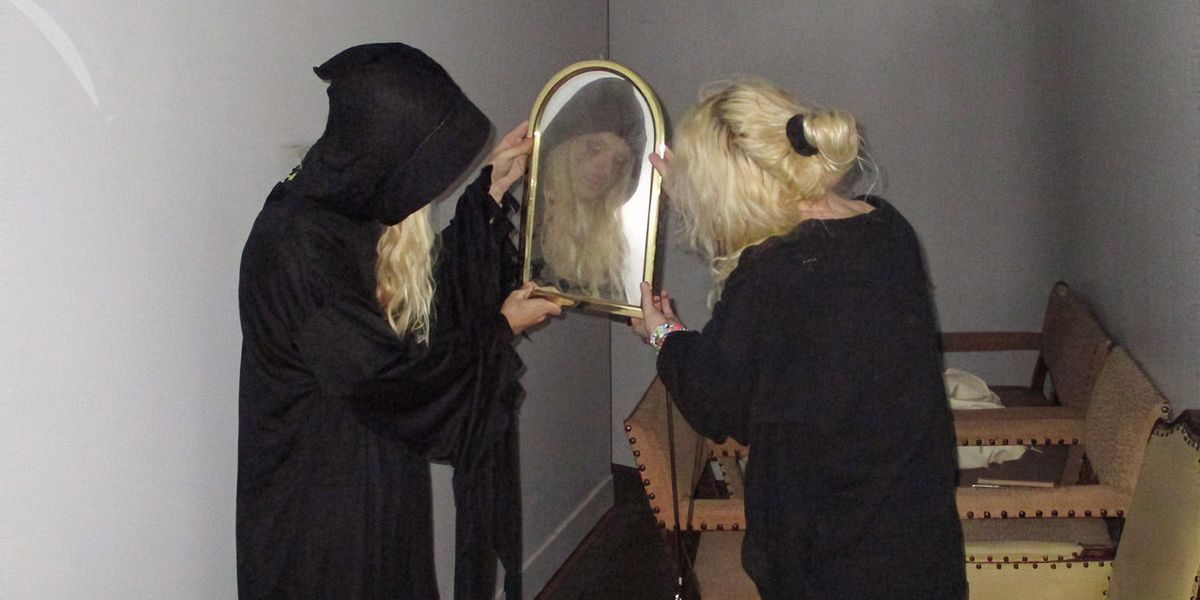 If you're not already on the 100 gecs train, it's about time to hop on — the duo's newest single from their upcoming remix album, 1000 gecs & The Tree of Clues, is an early 2000s love story that features some of experimental pop's finest: Charli XCX, Rico Nasty and Kero Kero Bonito. Gays, this one's for you.

"We thought this troupe would go crazy on it," Dylan Brady, one half of the breakout electronic duo along with Laura Les, told Zane Lowe for Apple Music's New Music Daily about the new single. "Ringtone" was one of the standout songs from their critically acclaimed debut album 1000 gecs, and ended up becoming a fan favorite when they began touring with Brockhampton during 2019. Although the original version was already a banger, the addition of the all-star cast for new verses makes the remix a certified hit, complete with abrasive new production elements and ten times the bass.

Charli XCX takes center stage on the song's chorus, whining through a liberal amount of autotune in the most divine way possible: "My boy's got his own ringtone/ It's the only one I know, it's the only one I know!" It's almost as if the simple hook was made just for her — a perfect pop loop that's only accentuated by the earsplitting kick drums that sustain the shuffling rhythm throughout. By the time Sarah Bonito's sticky-sweet vocals come into play, the track has already reached maximum velocity, but she somehow takes it all one step further.

"KKB, AAC, your ringtone could be anything," will surely be the lyrics shouted out by fans at Brady and Les' upcoming headline tour stops; her verse ends up being as playful and punchy as the rest of 100 gecs' discography, setting up Rico Nasty with the perfect platform for a head-banging sonic contrast. Her final-blow of a verse is what gecs fans have been begging for specifically. More fervent stans know that a wealth of unreleased Rico Nasty collabs have been sitting on Dylan Brady's hard drive, and now they've finally secured one.

There's no official release date for the remix album yet, but the duo did reveal that Hannah Diamond, Tommy Cash, and Dorian Electra will have slots on the upcoming record. In the meantime, bang "ringtone" like your Spotify premium account depends on it.