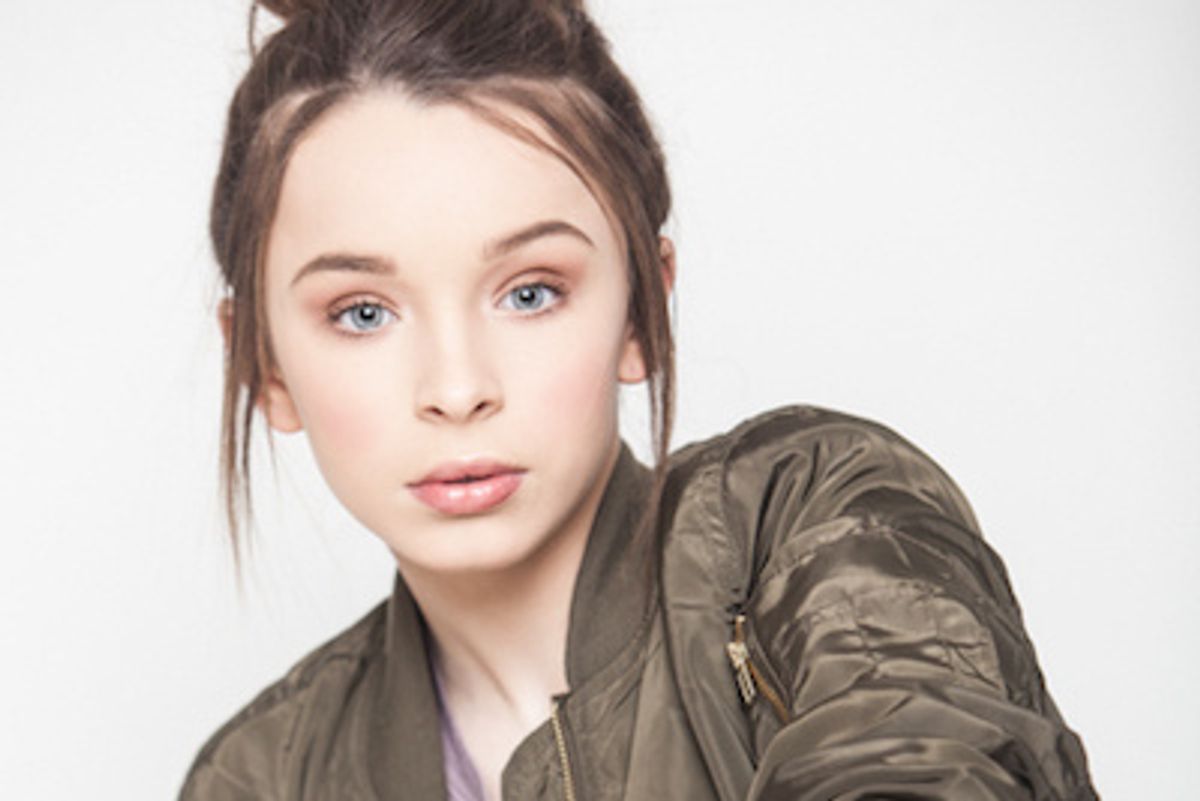 YouTube Star Taylor Hatala Talks "Anaconda" Fame, 'Ellen' and Why Dance is Only the Beginning

Many consider Internet fame the fastest track to success, and while its instantaneous reach is certainly an easier route to rustle up 15 minutes, many struggle to turn a couple of viral videos into a full-fledged career. For 14-year-old Taylor Hatala, it's hard work and endless positivity that has allowed her dance vids to bring her to new professional heights. After racking up millions of views on YouTube after a dance class with her choreographer was filmed, Hatala parlayed the Internet's fascination with her moves into a successful television career, including appearances on Ellen, America's Got Talent and other television programs. She's also performed at the BET Awards with Chris Brown and has gone on tour with Janet Jackson and kickstarted an acting and modeling career—all before entering high school. If that doesn't make you feel old and/or lazy, I'm not sure what will.

We caught up with Hatala to talk about her early foray into YouTube fame and what's in store for the future. Spoiler: the sky's the limit.

Before we dive into your viral video fame, I'm curious: have you always been interested in social media?

I started early, around 10 years old. I thought it was so cool that I got to share pictures with everyone. I love to share my dance videos on social media. For me, it really took off at age 11 when I went to L.A. for the first time. Someone who helped me a lot with this was my mentor Alexander Chung. He set me up with WilldaBeast, who is a choreographer out in L.A. We did [a session together] and he ended up posting my video. That really was the big turning point for me with social media. After that it was so surreal to have my Nicki Minaj "Anaconda" dance video go viral, which helped a lot. Every since then I've just been trying to share my videos. My goal is to inspire with social media, not to bring anyone down.

Were you filming your dance sessions before L.A.?

L.A. was a big goal of mine. It was a dream to go there for the first time, but even back home I was filming videos with my mentor. He was showing me [the ropes.] He had traveled down to L.A. many years before me and he knew how videos worked down there so he showed me how [to do them.] I got that knowledge and experience and ability to shoot videos before going to L.A.

How long have you been dancing?

I started dancing at age 3, that's when I took my first ballet and tap class. Around age 6 I got into jazz, hip hop and ballet. That's when I did my first hip hop solo and that's when I fell in love with dance and knew it's what I want to do for the rest of my life or as long as possible. That's when I realized performing is my passion. It made me feel good. I could express myself and share what I love with other people. I feel in love with it for that reason but also because it was limitless. There were no rules to it. As a kid I could explore and push beyond my boundaries. It brought out who I really am. Six is when I realized I wanted dance to be more than just a hobby for me.

Do you do your own choreography?

You mentioned the viral "Anaconda" video and my first time seeing you was with another viral vid, your dance to Taylor Swift's "Shake It Off." When did you notice that people were responding so positively to your posts?

I really noticed it with the "Anaconda" video, like, 'Oh, wow, people really like this! They actually watch me dance and feel inspired by it. That's so cool, I want to do more of this!' That's when "Shake It Off" came out, then [Meghan Trainor's] "All About That Bass," and more videos. With each video the response became more and more positive. More people were watching and responding. My goal was to grow from there. It's definitely taken off and I'm so appreciative for everything and thankful for everything—all the support that I've gotten. It was with those first few videos where I realized I could reach a worldwide audience if I want to. That's what pushed me to grow my social media—to be positive and spread inspiration and love.

What's the secret to making a popular dance video?

For me, with the "Anaconda" video, I was just in class. We had no idea that it was even going to be posted. I was so shocked to see it go viral. There was no secret, necessarily, to that. With the next few my following was growing. I think what the audience reacted to, or whoever is watching—they love seeing kids who are positive and passionate. If they can see the passion through the video, they'll respond.

You've done a bunch of T.V. spots including Lifetime's Dance Video Throwdown. What was that experience like?

That was absolutely awesome! I had never worked on a show like that. I had never done reality T.V. except for America's Got Talent. It was super cool because I got to go behind the scenes and see how a reality T.V. show worked. I got to see if it was actually scripted or if it wasn't. For us, it was loosely scripted. They would give us a topic to talk about but other than that it was a really pure experience. My friends were there—the show was shot with all my friends. I knew everyone before. It was so much fun. It was a normal dance video shoot for us.

She was amazing and so was her staff. The nicest staff! It was so surreal because it didn't hit me until my performance aired. It felt like a dream and I was going to wake up soon and it would all be over. I've watched Ellen since I was little. It was one of my bucket list things to be checked off.

You just performed at the BET Awards with Chris Brown and he's known for his dancing. What was that experience like?

That was amazing. I'm so thankful. This time I wasn't as stressed—I had the opportunity to perform with Janet Jackson before her Unbreakable Tour started on the BET Awards as well. I knew the stage. I was familiar with the surroundings. It was so much fun to perform with Janet, who is a little more old school, and Chris, who is super new school.

Is that what you want to do in the future? Go on tour dancing for celebrities?