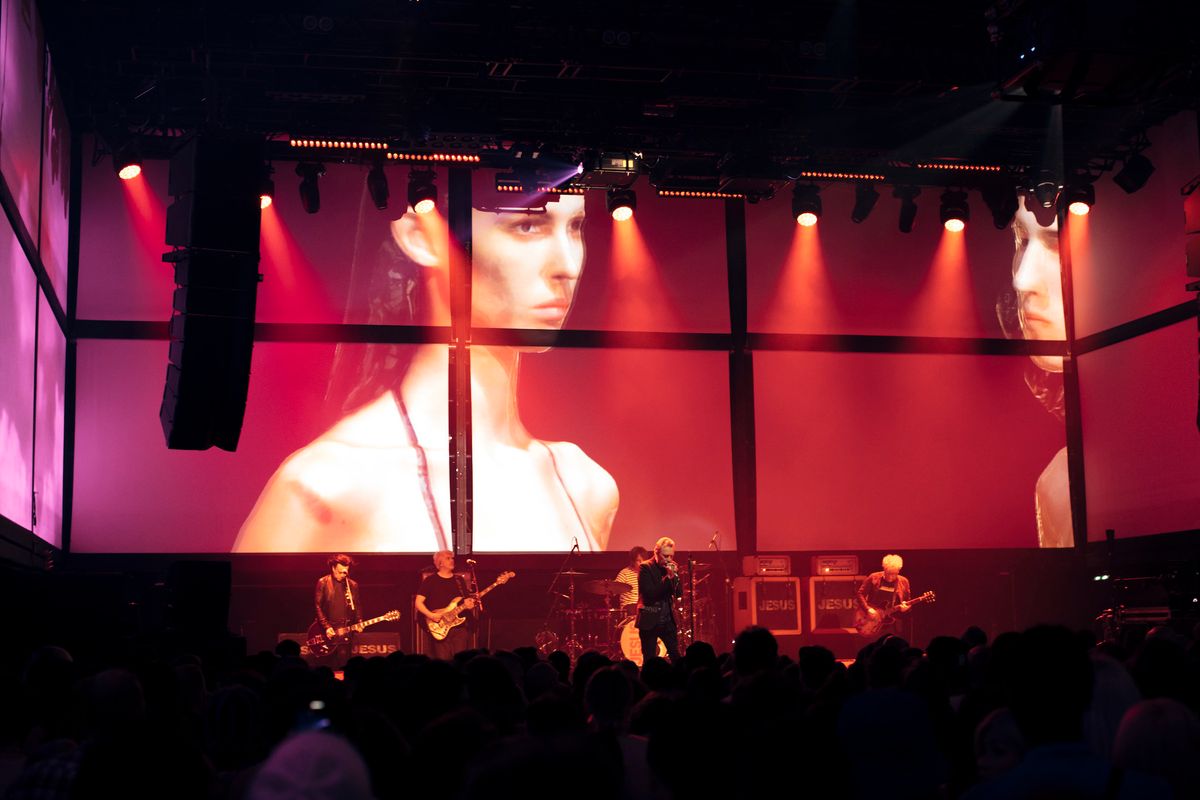 Last season, in lieu of a runway presentation, designer Yang Li delivered an "Automatic Show." Li sent garments to various cultural luminaries (Genesis P-Orridge, Rossy de Palma, Ali Michael, etc.) and asked them to photograph themselves in his work. They all released the photos at the same time, triggering a mass Yang Li-ification of Instagram.

For Spring 2020, on September 28th Li presented the "Automatic Show II: Greatest Hits" at La Gaité Lyrique in Paris. The collection was shown on 3-D models — based on scans of Ruby Aldridge, Wolf Gillespie (son of legendary stylist Katy England and Primal Scream's Bobby Gillespie) and Tatiana Katysheva — created by artist Agusta Yr, in collaboration with Showstudio. They looked like cracked ceramic dolls.

And Li, an industrial enthusiast, has paired the clothes with an upcoming LP featuring music from 14 participating artists. The Jesus and Mary Chain even performed at the show, followed by a live appearance onstage of friends of the brand dressed in the spring collection. Aldridge, a musician in her own right, sang "Just Like Honey" with the band. "This was completely insane," she wrote on Instagram. "Once in a lifetime experience."

Li dipped into his archives for the collection, asking friends and artists to remix garments from his past seven collections. According to the accompanying press release, "Greatest Hits: Automatic Show II is Li's second exploration of the automatic show concept, whereby creative control of the collection's presentation is turned over to collaborators. By ceding control of collection imagery, Li seeks to reverse the status quo and create a more genuine method of storytelling."

The clothes were infused with rock 'n' roll — the scanned models were even shown holding guitars. One of Aldridge's scans sported a t-shirt with "Just Like Honey" lyrics: "Listen to the girl/ As she takes on half the world." Leather jackets abounded, and there was a good deal of dramatic evening wear. But while the garments had a real '90s vibe, Li's presentation methods are decidedly modern.

"It has to be much more like a community," the designer told WWD. "In this day, a brand needs to be developed as a platform. Clothes are important but they're like the ticket into a world or a souvenir."