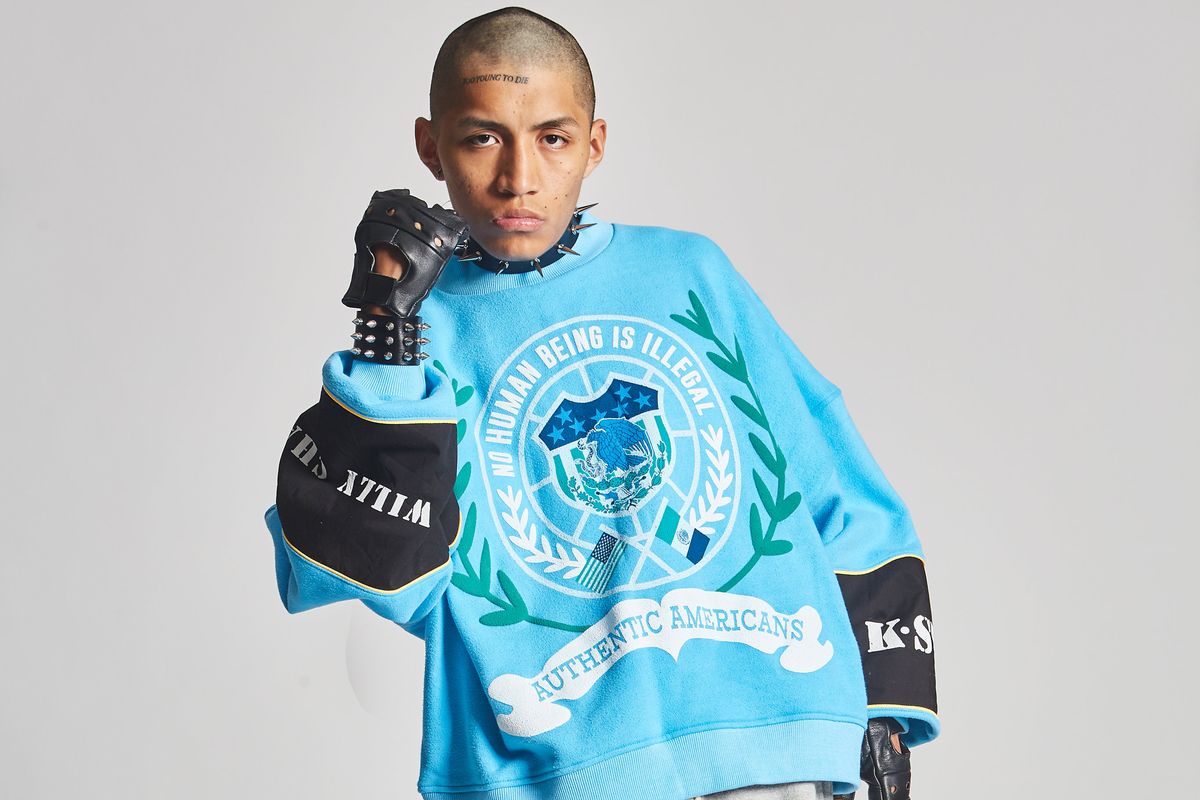 If there's one thing we know about iconoclast designer Willy Chavarria, it's that the queer Chicano designer has always been adept at communicating his strong stance on racial, sexual and socio-economic identity into his work. So it shouldn't come as a surprise that his Authentic Americans collaboration with K-Swiss continues to do just that.

Influenced by '90s Chicano rave culture and combining traditional motifs from K-Swiss's country club roots with washed-out California neons, the Authentic Americans collections may have made its runway debut this past July, but its message is just as pertinent as it was then — if not more urgent.

Initially brought to life on the runway by first and second-generation Latinx models, all of them sported accessories made from leather and barbed wire — a nod toward the journey undertaken by those entering the U.S. from the southern border.

Chavarria further mirrored these themes within the design of his metal-spiked and "leaking foam" K-Swiss shoe, which is "intended to get dirty quickly," as he wanted "each step to become visible on this shoe telling the story of the person who wears it."

In his explanation, Chavarria added: "The actions of the U.S. government holding children in detention centers at the border is revolting. With the presentation of Authentic Americans, I wanted to show real human faces at the center of this issue. America is built on the back of immigrant communities that are building a better life for themselves and their families."

Granted, Chavarria's poignant personal ties to the K-Swiss brand also add yet another powerful layer to this particular collection.

As the designer himself said, in his California hometown, the K-Swiss sneaker was an aspirational status symbol — something that elicited images of high-brow tennis clubs and emblematic of success and prosperity.

In the vein of his desire to represent the stories of young Mexican, Central and South American refugees on their journey toward becoming American citizens, Chavarria has shared two exclusive, Marco Castro-directed videos with PAPER in celebration of the collection's release.

Watch them, below, and look out for the collection online and at select retailers starting today.