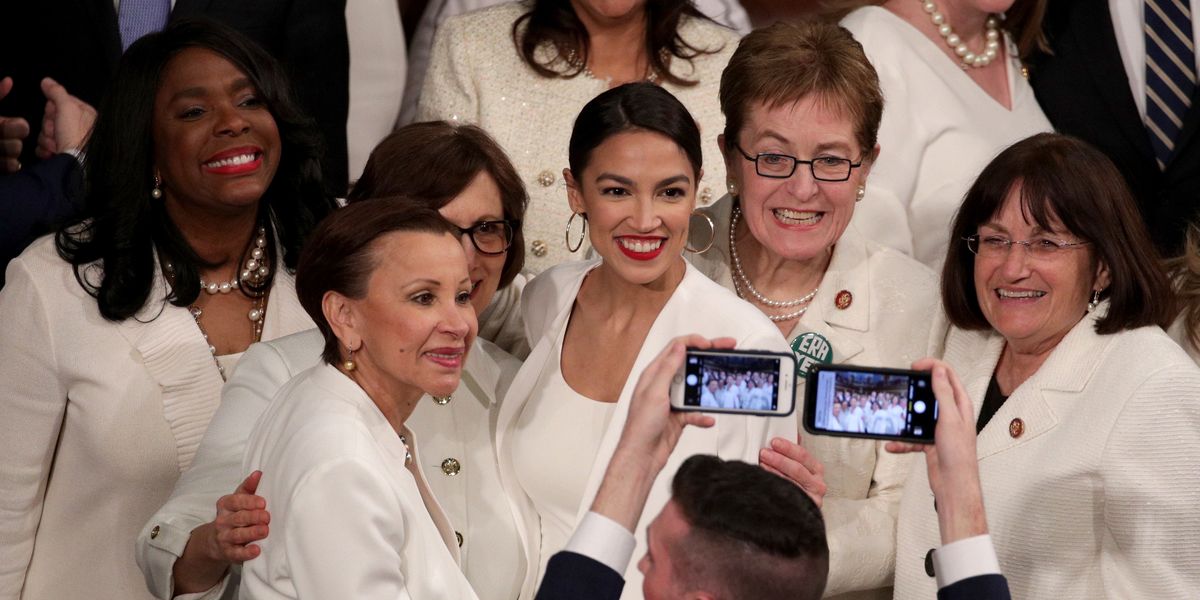 Why Democratic Women Wore White to the SOTU

It is always a relief to be reminded that the spirit of democracy still lives, especially in such divisive times. The women of the Democratic Party took that notion to heart last night during the State of the Union address, wearing "suffragette white" to President Trump's remarks.

For greater context, white was a power color worn by the suffragettes in the early 20th century, and remains both an homage to those who fought for women's voting rights and a symbol of peaceful protest by many groups. Last week, the Democratic Women's Working Group encouraged women to wear white as a form of solidarity with women across the country. "Wearing suffragette white is a respectful message [...] and a declaration that we will not go back on our hard-earned rights," Representative Lois Frankel of Florida, the chair of the working group, told CNN, going on to note that there are more women in Congress now than ever in American history.

It couldn't be a more apropos statement, as the fights to close the gender pay gap, protect reproductive rights, obtain paid family leave and others wage on. Female lawmakers across generations wore white last night to acknowledge these causes, including House Speaker Nancy Pelosi, newly appointed, history-making representatives Deb Haaland, Alexandria Ocasio-Cortez, and Ilhan Omar, and more than 50 others. Ocasio-Cortez, the instantly powerful rep with a refreshing sense of humor, said after the speech that the president, who acknowledged the women's presence without seeming to know why they were standing together, was essentially trolling himself. (She also, as a statement, wore a pin bearing the image of Jakelin Caal Maquin, the 7-year-old Guatemalan girl who recently died in US custody.)

Think of the powerful message such a sight sends to politicians, and for that matter, the nation across the divide. It's just as 2016 presidential candidate Hillary Clinton once said: that all of us, but especially women, are indeed "stronger together."