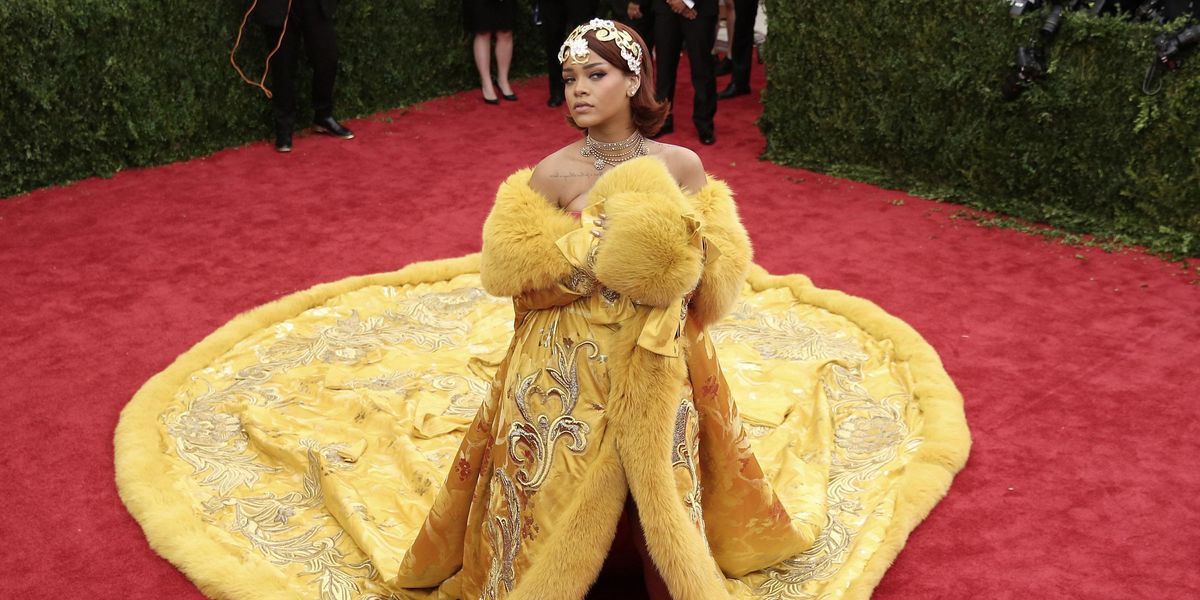 UPDATED: Here is the Master Photoshopper Behind Those Rihanna/Queen Elizabeth Mash-Ups

UPDATED 5.00PM EST: After we began this investigation to truly understand the thinking behind Rihanna's fascination with having Queen Elizabeth's head on her body, the photoshop genius behind the images reached out to us to reveal all.

Freddie Smithson, a British artist, said his inspiration behind creating a Liz/Ri Ri hybrid was the duo's mutual penchant for wearing bright ensembles. He didn't imagine that Ri would ever discover his passion project, nor that there would be backlash.

"The Queen and Rihanna both have incredible taste in bold-colored outfits, which is what I massively love about both of them!" He told PAPER. "This is something I wanted to combine and celebrate...The images were always intended to be fun, light-hearted and celebratory, and it's a shame they've been taken out of context by some!"

"I never imagined Riri would regram the images so to see them pop up on my feed was a huge surprise!"

To be recognized by Queen Ri, what a dream indeed.

If you were alive over the weekend, you likely witnessed a whole heap of Rihanna grams that were both confusing and mildly disturbing. The singer repeatedly superimposed the head of 91 year-old Queen Elizabeth (91 on Fri, happy birthday qween!) on her 27 year-old body. It looked a little like this:

You might've thought, what a unique way for one pop music queen to pay tribute to the REAL queen for her birthday! But then it kept going:

In this time, Rihanna garnered a pretty significant amount of backlash from fans of England's fave gal.

"This is disrespectful and stupid," one commenter reportedly wrote, while another added: "This is SO disrespectful! Do not ask for respect when don't give any."

Most fans followed this vein:

But why, Rih? Why dedicate five whole Instagram posts over the course of three days to this one flex?

If one were really to dissect Rihanna's intentions, one might assume this rampage was also designed to remind all plebs (under the convenient guise of our golden girl's birthday) that while the pop star may not be royal by blood, Rih has earned the right to be mentioned in the same breath as the Queen of England – arguably the most powerful woman on earth.

Then again it's not that deep.