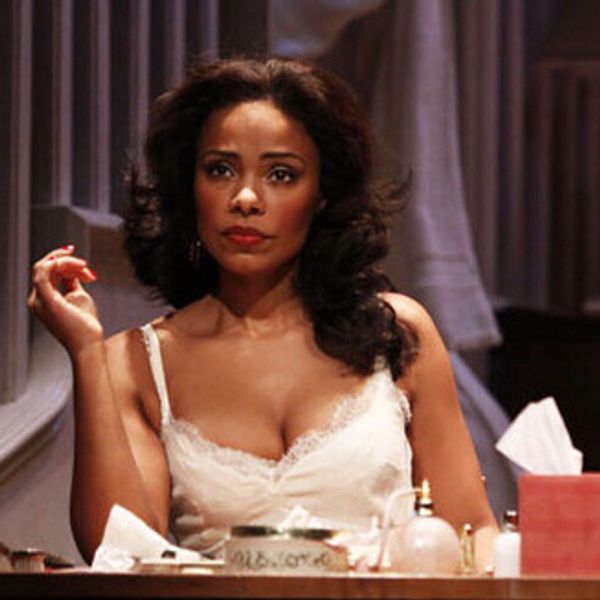 Tiffany Haddish has the Internet going crazy. Since GQ published a profile on the Girls Trip star and comedian, word has spread that someone bit Beyoncé on the face at a party.

In the article, Caity Weaver quotes Haddish and writes:

"There was this actress there," continues Haddish, keeping her voice low, "that's just, like, doing the mostest." One of the most things she did? "She bit Beyoncé in the face."

Suspects have been named over the course of the week. The list includes Rihanna, Sara Foster, Taraji P. Henson, and Sanaa Lathan. And while Tiffany Haddish tells E! that she's signed a non-disclosure agreement that prevents her from revealing the biter, it seems TMZ and Page Six think they have the insider info. And they're pointing their fingers at Love and Basketball actress Sanaa Lathan.

However the alleged bite was more playful than it was spiteful, according to the "multiple sources" dishing to Page Six and TMZ. It supposedly happened at a D'Usse VIP party, and caught Queen Bey offguard

Lathan has consistently denied these claims against her.

Y'all are funny. Under no circumstances did I bite Beyonce and if I did it would've been a love bite 💋
— Sanaa Lathan (@justsanaa) March 26, 2018

But can we really blame her if she did it? No one can deny that our "Flawless" queen does look delicious 24/7.