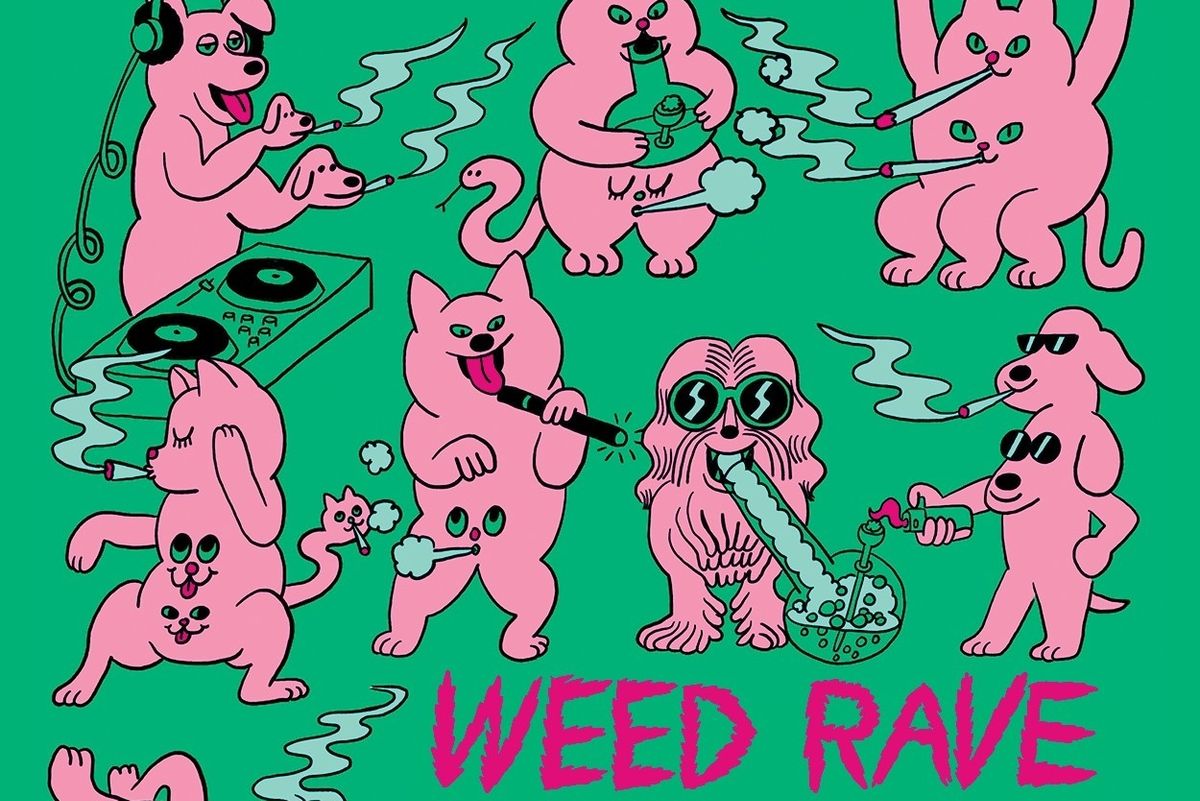 Sandra Song
Michelle Lhooq is, without a doubt, one of the best weed writers out there. In fact, girl has a weed bible (illustrated by the fabulous Thu Tran) on the way, and it's filled to brim with tips, tricks, and insights from some of the cannabis industry's top minds. But in addition to being an expert on all things weed, Michelle's also a pro-party thrower, so you better believe she's throwing a giant weed rave this weekend in NYC to celebrate the book's launch.

A follow-up to her LA Weed Rave, Michelle's inaugural NYC edition of the party will feature readings from herweed book, a bong-making competition, cannabis cooking class, as well as a panel on cannabis legalization in NYC (with a focus on criminal justice) moderated by Merry Jane's Zach Sokol. Not only that, but she's also managed to assemble a line-up of some of the city's best DJS, including Joey LaBeija, Gooddroid, Quest?onmarc, and Jasmine Infiniti — who also made us an exclusive warm-up mix for the function!

Worried you'll be too stoned to rave? No problem, because Michelle's also providing you with an ambient room featuring tunes from Unter residents Pure Immanence and Olga, as well as a cannabis yoga class led by Eartheater and FlucT's Sigrid. Like, what more could you want?

And in case I haven't made it clear enough, this is the event to go to this weekend. After all, it's 2019 and I still think about Michelle's legendary chicken shop rave — so you know this girl knows how to throw a stupidly fun party. Get revved up for the big event by listening to Jasmine's mix, below. Oh, and don't forget to snag tickets to the Weed Rave, here.