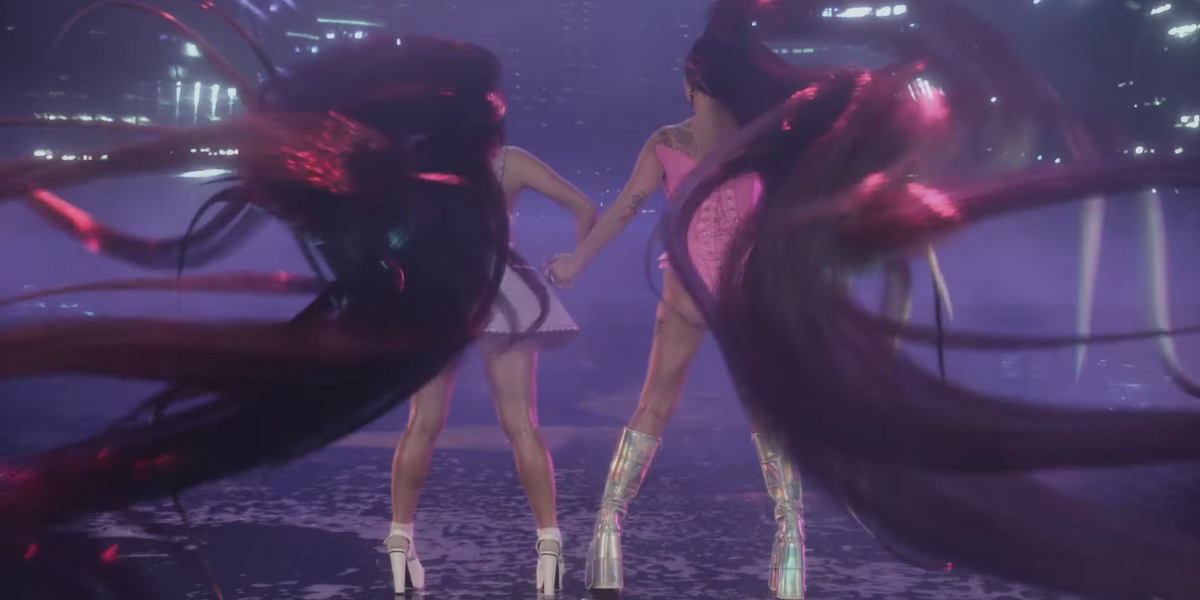 You read that right, and don't even try to pretend it isn't true. Mother Monster and Ariana Run Pop just dropped the gay dance anthem to end all Pride bangers, and a video to boot. Hold for "Applause," and then stream it, too.

When Lady Gaga announced the official Chromatica tracklist several weeks back, accounts across stan lines began to rejoice at the prospect of a collaboration between Gaga and Ariana Grande — a duet that would likely break the internet like no other before it. Immediately fans began pointing out the lines shared from her PAPER interview earlier in the year that seemed fitting for the new track: "It's coming down on me/ Water like misery."

It's safe to say no fan was disappointed with the ultimate outcome: a classic pop romp through a barrage of funk guitar strums and belting vocals, accented by one of the catchiest dance breakdowns of the year so far. "Rain On Me" is absolutely electric by its end, having charged up enough raw emotion and heartbreak to power an entire circuit party's worth of strobe lights. Pride 2020 parties would have truly been something to hear and see, Little Monsters.

The video for the buzzy new track is equally as sparkly, putting the two '10s dance-pop icons alongside each other for a riot in the rain. Imagine telling your 2019 self that your 2020 self would be dancing along in quarantine to Ari and Gaga choreo. You wouldn't believe it, but you'd be rejoicing nevertheless — and asking for the leak right after, pressing them to maximize their joint slay ASAP.

Watch the full video for "Rain on Me," below, and stream Chromatica when it comes out May 29.