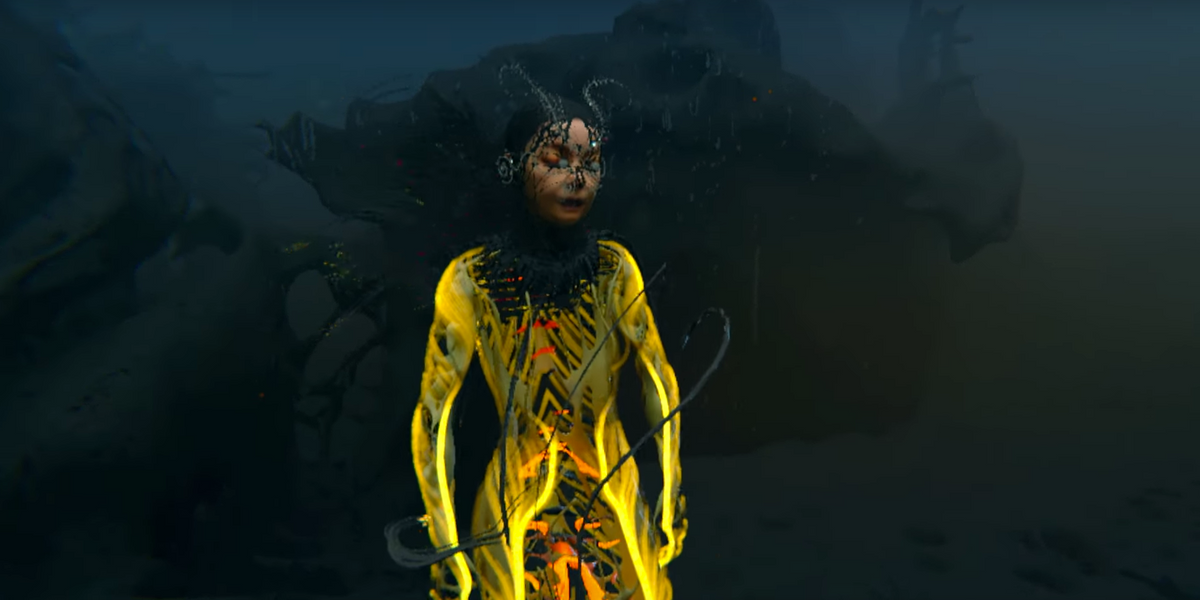 It's been almost two and a half years since our beloved Björk released the irrefutably excellent breakup album Vulnicura. And though the Icelandic Princess has not blessed us with new music in that long gap, she has managed to keep us somewhat pleased in the time since. Along with DJing events next to collaborators Arca and Jesse Kanda and curating a huge museum retrospective at the MoMA in New York, Björk has also been releasing a steady stream of virtual reality videos to accompany the songs from Vulnicura.

Today, Björk released the latest installment for that project — this time for standout track "Notget." Directed by Warren du Perez and Nick Thornton Jones, the video takes place entirely in the virtual realm, with a digital avatar for Björk running around and dancing through an otherwise blank space. As the singer moves her body and arms, bright lights and fireworks shoot out around her to the rhythm of the pulsing Arca beat. The effect is anything but dull.

Watch the stunning videogame-come-to-life below.