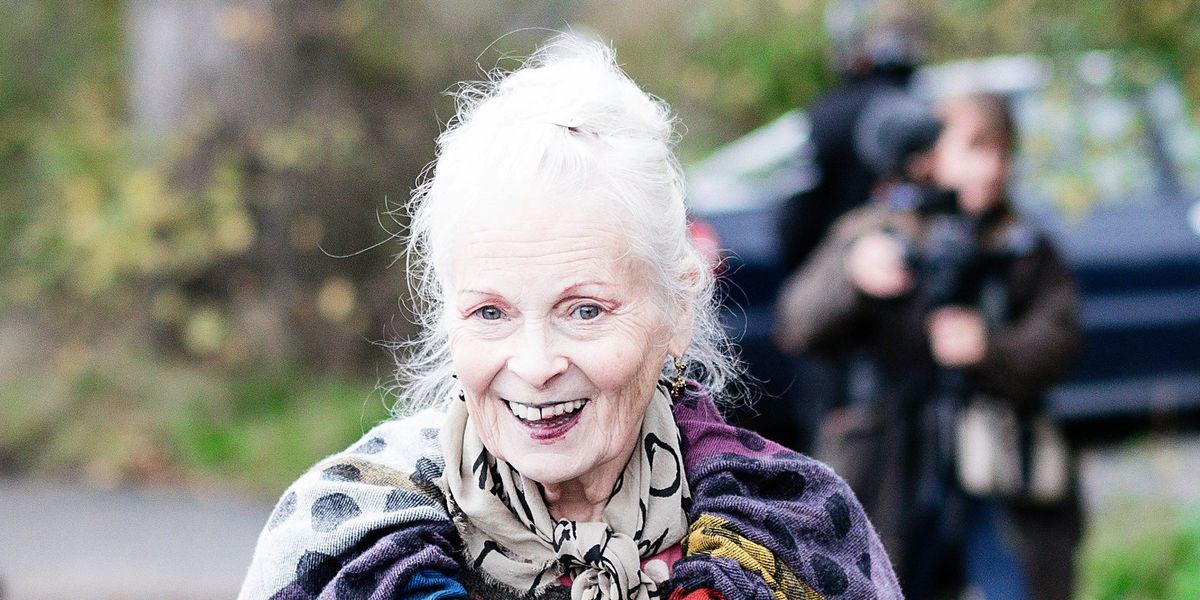 Mother Gaia, Dame Vivienne Westwood, icon of punk couture and outspoken environmental activist, has never been one to favor conventional methods when it comes to getting her point across. Going all the way back to her iconic Tatler cover dressed as Margaret Thatcher in 1989, Westwood has written anti-consumerist manifestos and attempted to send asbestos to former Prime Minister David Cameron going to unconventional lengths to advocate for her causes. Her latest tactic? ABBA.

And while it is possible that Westwood is still caught up in residual Mamma Mia!: Here I Go Again fever, the song choice was actually a more pointed jab at current Prime Minister Theresa May who awkwardly danced to the song at a recent conference of the nation's Conservative Party. Waving her plaid cape as she danced, Westwood not only shaded May but also clearly won the unofficial dance battle.