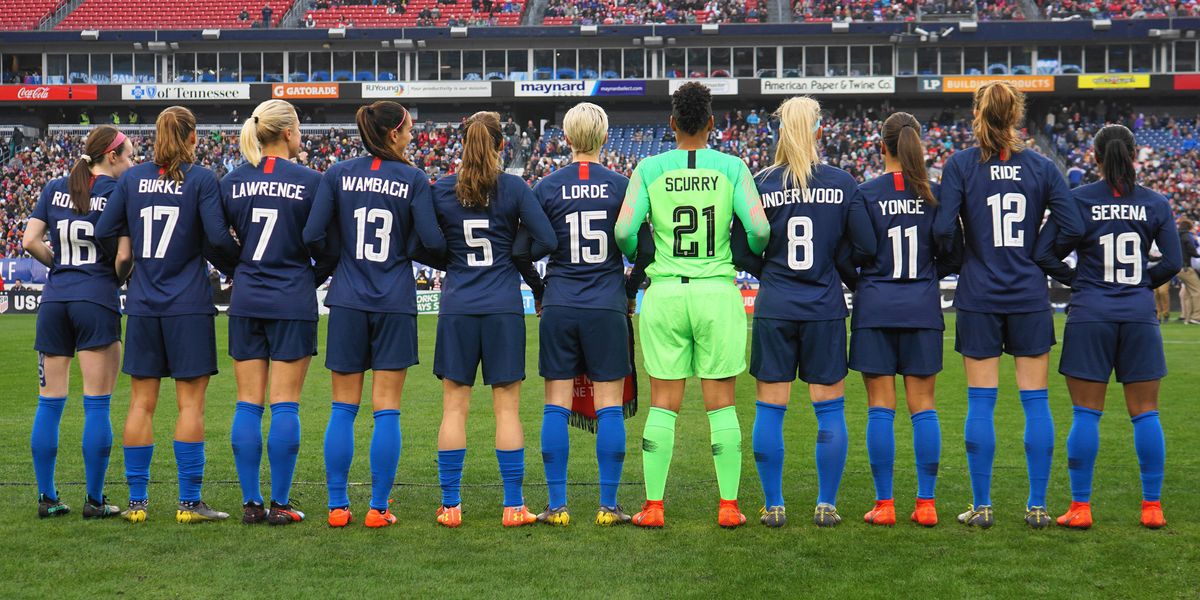 This Friday marks International Women's Day, a time to celebrate the many achievements and contributions of women around the world, but it is also a day to remember that the fight for gender equality still needs to be waged. In this day and age, one would think that the wage gap should be a thing of the past, but unfortunately the machinations of the patriarchy are still hard at work today and perhaps nothing better illustrates this U.S. women's national soccer team's ongoing fight for equal pay.

Today 28 players filed suit against U.S. Soccer Federation over "institutionalized" gender discrimination. According to the formal complaint, a player can expect to only earn about 38 percent of what their male counterpart would typically earn in the league. On top of that, the lawsuit alleges that the discrimination extends past pay into things such as the quality of working conditions, medical care, and travel accommodations from match to match.

"I think a lot of people look to us and our team and the collective voice that we have and what we've stood for, for inspiration and for power, and as an ally in this broader fight for equality and human rights, really," says current star player Megan Rapinoe in a statement to the Associated Press. In addition to seeking damages and back pay, the current team is hoping to get the lawsuit class-action status so that past players can join too.

"At the heart of this whole issue we believe that it's the right thing. We believe that there has been discrimination against us and while we have fought very hard and for a long time, whether that be through our [collective bargaining agency] or through our players association, putting ourselves in the best possible position that we can to get the best deal that we can, we still feel that we don't have what we're trying to achieve, which is equality in the workplace."