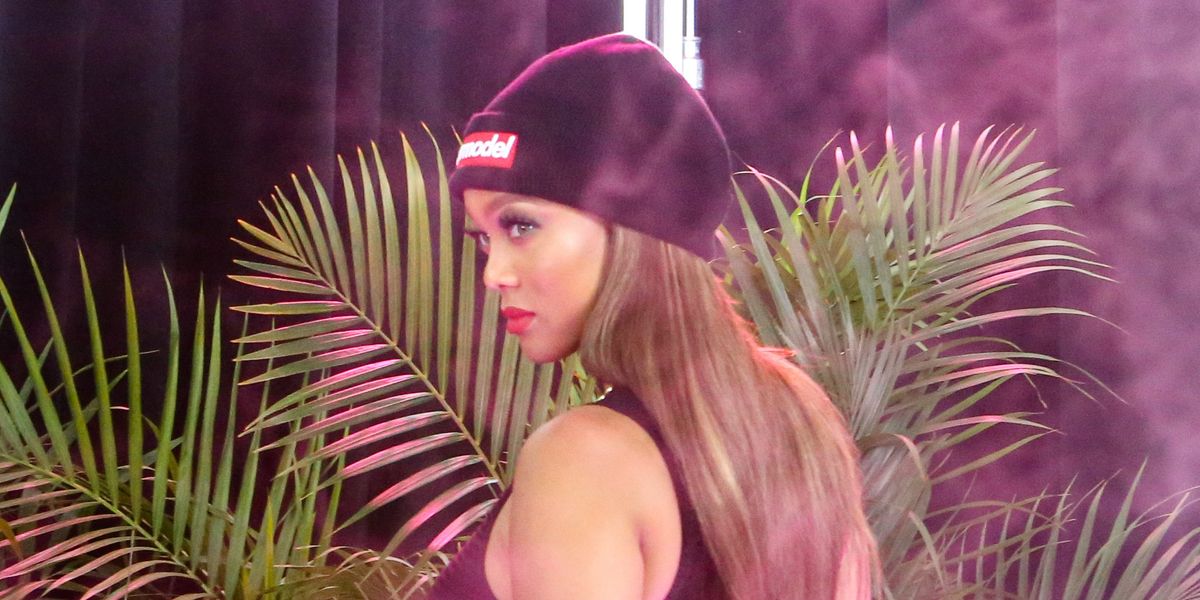 Tyra Banks has a new book out, co-written with her mother, Carolyn London, in case you are still looking for an adequate Mother's Day gift. The book, called Perfect Is Boring (which, let us say: how very on-brand for Tyra) is full of the many lessons she's learned in her illustrious modeling career, including thoughts on her own body positive and self-acceptance (also very on-brand for Tyra, and inspirational).

To help promote the book, Cosmopolitan has adapted an essay from it, which you can read in full, here. There are some pretty major takeaways from the renowned creator of Smize (TM), though, including but not limited to:

On having "two bodies" as a fashion model:

...When I gained weight around the age of 22, after years of successful runway modeling, I didn't care. All the black people clapped their hands, like my body was coming along nicely and I'd finally started listening to what they'd been telling me since I was 12. The modeling world, on the other hand, felt differently. They weren't happy. In fact, they were pissed.

After a rather degrading lunch, during which a fashion-industry executive (male, of course essentially told a then 22-year-old Tyra she had a more promising future as a "catalog model:"

I went home and cried to my mother. I said I wanted to keep modeling, that I'd lose weight, that I'd try anything. My mother grabbed me by the shoulders and told me to stop it. Soon we were sitting in our favorite pizza place at our usual table in the corner, and Mama took out a pen and paper and handed it to me."Now," she said, "write down every client in the industry that likes ass." "Ass?" "Who likes that ass?!" she demanded. By the time we'd finished our pizza, I had a list of commercial clients who booked the bold and bootyful. I sat back and looked at the list, now mottled with grease stains and dots of tomato sauce, and I slowly started to smile. My career didn't have to be over. It just had to be different.

Tyra's career successes since then have been well-documented — from becoming an original angel for Victoria's Secret to posing for Sports Illustrated's swimsuit issue to entrepreneurial endeavors to cementing her status as a fashion force by creating, hosting, and producing America's Next Top Model — and it's all proof that, as Tyra also says in her book, that one needn't look at success "as a straight line" as it is a "winding road."

Now that is the most "on-brand thing" Tyra could say, but it's also, plainly, the truth. Say what you want about it, but Tyra Banks is living, breathing proof that connecting to one's truth actually does pay off.