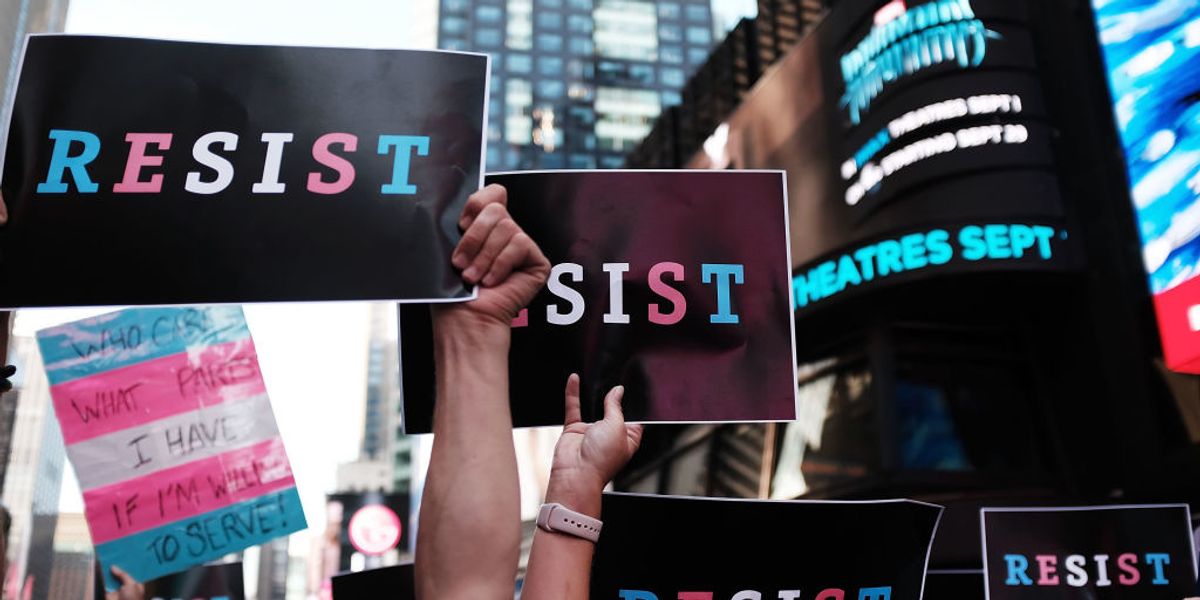 Deep into a Friday night, Trump, a man who has never served in the armed forces, decided to push ahead with his ban on transgender people serving in the military. He has just issued a memorandum that would seek to ban potential enlistees from joining the military if they have "a history or diagnosis of gender dysphoria."

Predictably, this language would also include nonbinary, agender, and gender-noncomforing individuals who have experienced symptoms of gender dysphoria. The memo goes further to specifically dictate that individuals who have sought any medical treatment related to their gender identity are thus banned from enlisting.

Trump's grandstanding memo is just that — a memo. It does not change the law or overrule the decision of the Department of Defense to allow transgender enlistees into the service, which was opened as of January 1, 2018. The Pentagon's current policy is to accept openly transgender individuals who have documentation attesting to their health from a medical provider— which isn't that different from cisgender service members, who must be in documented good health before enlisting. It is unclear what the results will be of Trump's new memo.

Meanwhile, Trump's initial transgender ban was overturned in federal courts. The administration is appealing those rulings, but, as previously mentioned, the Department of Defense has already begun allowing transgender troops to enlist per the federal court decisions. "We will continue to adhere to federal law," said Maj. David Eastburn, a Department of Defense spokesperson, to ABC News.