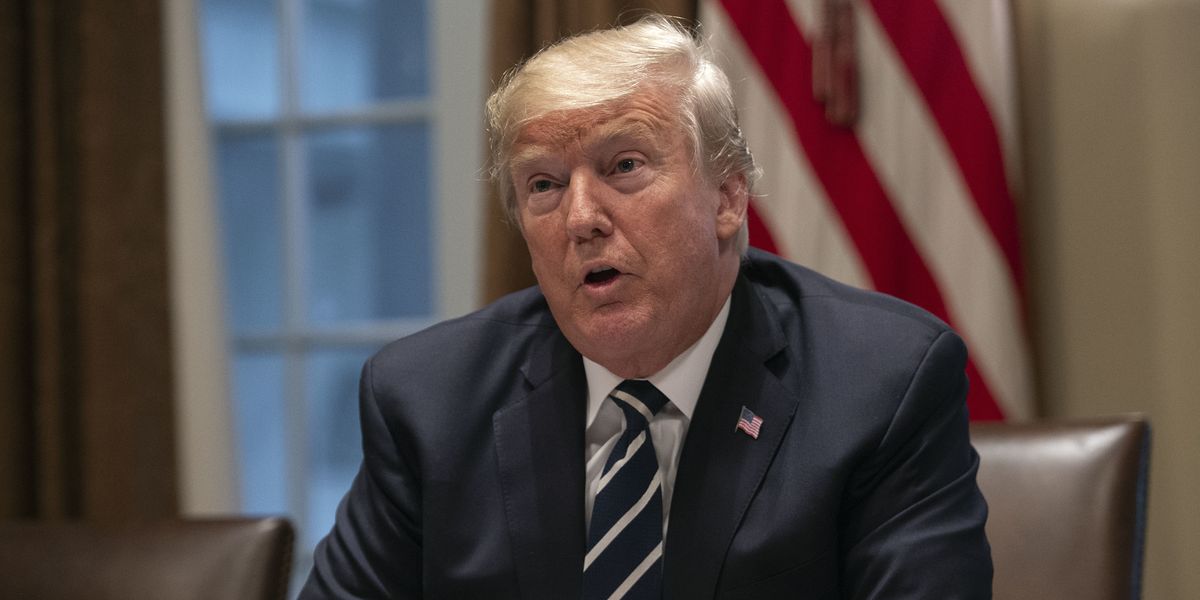 Trump's Lawyer Recorded a Conversation About Paying Off Playboy Model

Michael D. Cohen, President Trump's lawyer, secretly recorded a conversation with Trump that took place two months before the election. The two discussed paying a former Playboy model who alleged that she had an affair with Trump, The New York Times reports. The recording was seized by the the F.B.I. when they raided Cohen's office earlier this year. He is under criminal investigation.

The model, named Karen McDougal, alleges that the year-long affair began in 2006, while Trump was married to Melania Trump, and shortly after she gave birth to their son Barron. She sold her story to the National Enquirer for $150,00 in August 2016, but the publication never ran it. Buzzfeed News reports that the tactic is called "catch and kill," and that the publisher of the magazine is a Trump ally.

Trump's lawyer has said that on the tape, which is less than two minutes long, Trump and Cohen talk about a payment but that the payment was never made. He has said, "Nothing in that conversation suggests that he had any knowledge of it in advance." His lawyer argues that the tape actually exonerates the president, because you can hear him learning about the payment the American Media Inc. made to McDougal.