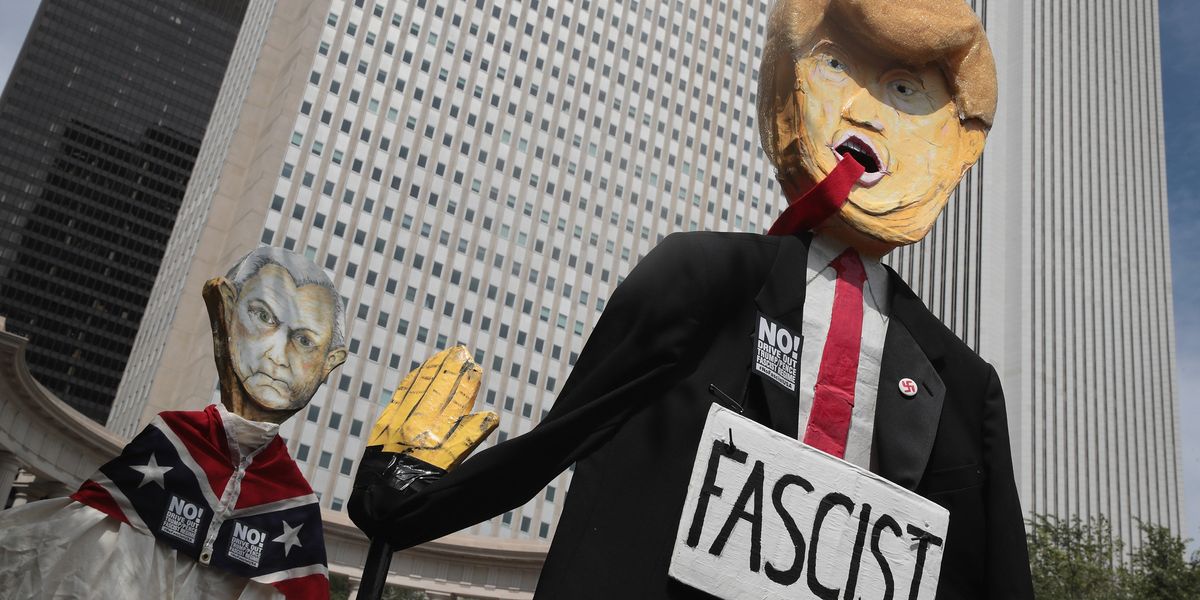 This afternoon, President Donald Trump announced on Twitter that he will designate Antifa a terrorist organization. It's an announcement that will be difficult to enforce as Antifa is not an organization, but rather a 100-year-old far-left, activist movement of interconnected groups and individuals united against fascism.

While the Antifa movement has taken many forms over the last several decades, it's become a prominent topic of conversation since 2016 when Antifa activists took part in a number of high-profile protests. This includes at the Unite the Right rally in Charlottesville in 2017 and the Portland protests last year, which led to Trump calling Antifa an "ORGANIZATION OF TERROR" in a tweet.

In a statement, the ACLU said "Let's be clear: There is no legal authority for designating a domestic group. Any such designation would raise significant due process and First Amendment concerns."

While experts question the legality of the designation and how it would be enforced, the Trump administration doubled down. Attorney General William Barr followed Trump's tweet with a statement that said: "The violence instigated and carried out by Antifa and other similar groups in connection with the rioting is domestic terrorism and will be treated accordingly." Trump and others within his administration continue to blame Antifa for the protests that persist nationwide.

Nodding to the ignorance and gaslighting of Trump's recurring Antifa talking points, one Twitter user joked "Feds are currently raiding Antifa headquarters, CEO of Antifa being led out in handcuffs." He followed the tweet to say "Several GOP senators who knew this was coming divested all their Antifa stocks last week." This could be a reference to Republican Senator Richard Burr who is being investigated for insider trading after allegedly selling stocks once he was briefed on the economic impact of the coronavirus.

Meanwhile, #IamAntifa began to trend on Twitter as thousands of people used the hashtag to express anti-fascist sentiments.

“ANTIFA” is not an organization. This means Trump is classifying anyone who is against fascism as a terrorist. Fas… https://t.co/inK98rVGv1
— Mrs. Krassenstein (@Mrs. Krassenstein)1590954961.0

The fact that Antifa is designated a terrorist organization, but the KKK and other fascist groups like the alt-righ… https://t.co/BQUne32qL1
— Mathew Foresta (@Mathew Foresta)1590955964.0