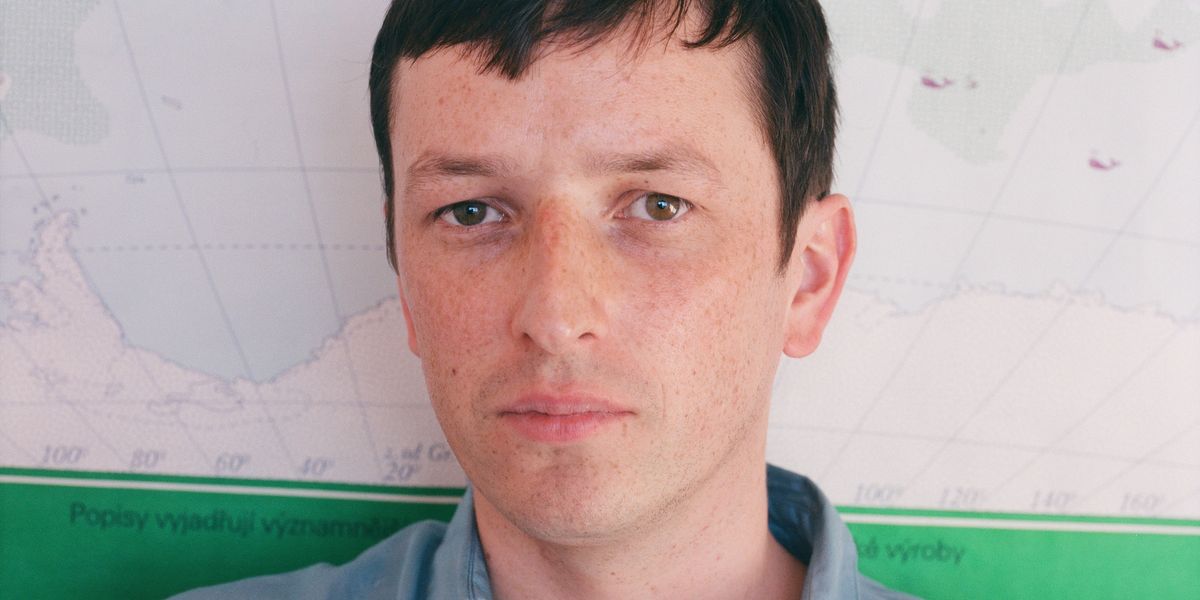 Within the first few weeks of lockdown, people began to notice just how drastically the world was changing in the absence of human activity. The water in the Venice canals were the clearest they've ever been, satellite pictures showed a dramatic, temporary decrease in pollution and packs of wild animals in urban areas emerged to spark a wave of "nature is healing" memes. Perhaps you too have noticed that the world outside your door seems a little quieter than before without the usual drone of car horns, sirens and people milling about.

All this ultimately inspired the latest EP from UK artist, Orlando Higginbottom (AKA Totally Enormous Extinct Dinosaurs). "On March 22nd, a friend sent me a recording of the birds that were keeping her awake in the Canary Islands," Orlando recalls. "It was early in this story and anxiety was high, so I took the recording and made some music to it as a present to send back — a hug and an exercise to take my mind off the obvious." The project started to snowball from there, with other friends sending field recording of birds in their corner of the world and Orlando returning the favor in the form of musical compositions.

This series is what formed the basis for I Can Hear the Birds. The four-track ambient EP, crafted from birdsong and recorded in London, Los Angeles, Australia and the Canary Island, is a soothing mix of spacey saturated synths and contemplative piano scores that bring the field recordings to life. The meditative collection of songs may come as an unexpected change of pace from the producer/DJ who before quarantine was typically found commanding dance floors in clubs around the world. As Orlando tells it, however, the EP was a much needed respite from existing musical projects that had become difficult under lockdown.

With anxiety and fear still running high as many enter a second straight month of isolation, I Can Hear the Birds is a welcome relief for these uncertain times. Clocking in at just 15 minutes, the EP serves as a perfect soundtrack for taking time out of your day to re-center yourself and remember that even during our darkest days we can still find beauty in the world around us. Ahead of the release of I Can Hear the Birds, PAPER caught up with Totally Enormous Extinct Dinosaurs to chat about how the project came together, the relationship between sound and space, as well as which bird haunts the artist till this day.

What was the process of turning these field recordings into the compositions we hear now?

I've always loved the magic of throwing a few notes under a field recording or piece of video. Take the sound of an airport lounge and add a soft minor chord and you suddenly have something, not necessarily good music, but definitely a hint of alchemy. It kick starts the imagination. With this EP I was asking friends to send me recordings of the birds they could hear from where they were isolating in those first few weeks. I wanted to make something for them and send it back a day or two later. I would start by laying out the recording or recordings from that person in one long track, unedited but EQ'd to soften the harsh sound of their phone's microphones. Then I would just sit with it and play instruments, thinking of that place and finding what felt complementary. And it went from there, avoiding anything too gloomy or technical along the way. Because I was being led by the field recordings I was able to leave second guessing myself at the door and be in a playful landscape building state. It was a lot like playing LEGO, a comforting activity.

What was your favorite part of the process or something that surprised you?

To react to my life immediately with music and release it as fast as possible. I feel locked in an industry with systems that are set up so that occasionally someone makes a lot of money for a record label. It's such a pleasure to do something where everyone knows this is outside of that system. My friend, the producer Dan Carey, has a poster in his studio that says "Zero Commercial Potential." I used to think that was about the product, but it's not, it's about the process. I sincerely hope to continue from that place.

You have this series of extensive playlists you've made that are themed around different rooms around the house — Bedroom, Kitchen, Office, etc. — so I'm interested to hear your thoughts on the relationship between a given environment and music. How do you go about defining or relating that?

There's so much to say about this, I don't know where to start. Passive listening and active listening, music written before the advent of recording, and after. Listening choices are part of your interior design, or maybe environmental design is a better way to put it. Listening is a creative act, like choosing what to wear it is a huge part of self identity. One thing that plenty of people are thinking about is what will happen to club music without any clubs being open for a long time, and I remember how I got into dance music about five years before I could sneak into a rave, it sounded just as powerful and inspiring on cassette. But the concern there is not really about the notes of music, it's about the economy around all of that, and it's pretty worrying.

I started those playlists six years ago to play with that idea in both directions: what does a space naturally ask for, and what can you do to a space by playing music in it? And as a lighthearted way to divide up the different music I like. My ideas of those spaces are a bit skewed though. For example, "bedroom" music to me means teenage bedroom, where that's both your inner sanctuary and where you do your homework. I don't expect anyone has ever listened to the right playlist in the right room, but I think people who've followed for a while get what's going on. I've had some of my best DJ moments playing the right music in the wrong environment, and some gigantic car crashes of course.

"With this EP I was asking friends to send me recordings of the birds they could hear from where they were isolating in those first few weeks."

Along similar lines, the EP is very atmospheric. What sort of environment or space do you see it inhabiting?

The dry answer is this is home listening, maybe a walk. It probably won't be performed in a venue or listened to in a car. However, I like to think that music shares space. You're in your kitchen and you're in a piece of music. The listener inhabits the music. I hope people listen to the whole EP in one go at least once, it's only 15 minutes. Beyond that, who knows? Part of the joy in releasing music is that it's not yours anymore, you can't control how people listen to it or what they think.

Do you have a favorite species of bird?

I'm not one for favorites of anything I'm afraid. That question always puts me in a spin. But I have least favorites, that'll be the fucking seagull. I'm still haunted by a formative raving night and the seagulls outside my window. A common story.

Do you feel like lockdown is going to change music?

Yes, of course and in many ways. This quantum leap into livestreaming for starters. It was always going to happen, but it's been brought forward five years and it's here to stay. I'm thinking musicians will do more musical world building as a response. Currently the virtual spell is broken constantly, so the aim might be to fully form the universe and give the person experiencing it as immersive a ride as possible. More immediately, there is a huge amount of music being made right now, maybe more than ever before in the history of the world, so you have to assume there will be an increase in releases (which will shake things up a bit and I love that). There was this Friday night in March, which was the end of the first week where pretty much the whole world was locked down to some degree, and I thought about how there were more people drunk in their kitchens that night than any other night ever, ever, ever. Most importantly I'm hoping the lack of live income will give musicians and their managers the impetus to sort out this terrible mess regarding streaming and getting paid. Many systems are being exposed.

What do you hope people take away from this EP?

I hope it feels hopeful

How do you unwind?