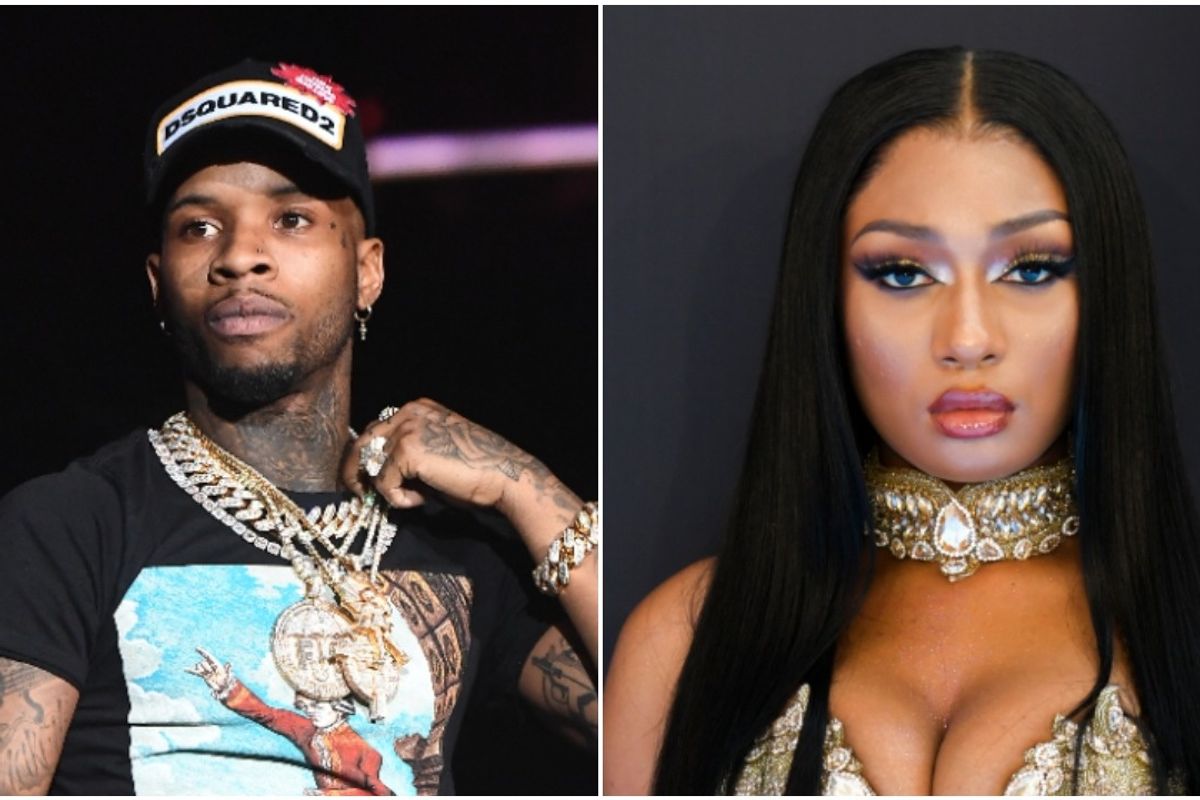 On Thursday, prosecutors accused Lanez of assault with a semiautomatic firearm and carrying a loaded, unregistered firearm in a vehicle. Per a news release, the complaint against the rapper states that he "personally inflicted great bodily injury" on Megan Thee Stallion after allegedly shooting her several times in the feet.

Both felony charges stem from an altercation that took place this past July in the Hollywood Hills.

According to an Instagram Live from August, Megan said that she had a fight with Lanez, which led to her exiting an SUV and being shot as she walked away. She then went on to refute several rumors surrounding the situation, before accusing him of trying to spin the subsequent media narrative in his favor.

"You shot me," Megan said in her direct address to him. "And you got your publicist and your people going to these blogs lying and shit. Stop lying. Why lie? I don't understand."

Last month, an alleged member of Lanez's team was also accused of impersonating Kevin Leong — the head of creative at Megan's label, 300 Entertainment — in order to send out fraudulent press releases about the shooting, as reported by Billboard.

Lanez — who is set to be arraigned on October 13 — has yet to publicly address the charges. However, if convicted, he faces up to 22 years in prison.