Why the 'Ideal' Influencer Looks Like…That

Recently, PAPER published a visual composite of what the ideal influencer would look like, based on images from Instagram's top 100 influencer accounts. The image is haunting for how familiar it is: almond eyes, heart-shaped face, button nose, white. If you have ventured onto Instagram, this isn't all that surprising — this is what all the top influencers do look like. Perhaps an interesting question then is: Why?

Instagram's glut of cookie-cutter influencers seems a far cry from the original promise of the Internet. In the 2000's, scholars and enthusiasts were optimistically predicting the revival of democracy and the public sphere. Entry to online stardom, or "microcelebrity," was seemingly more democratic, too. According to YouTube's original slogan (ditched in 2012), the Internet invites you to "broadcast yourself." It promised virality and legions of fans for simply being yourself. This promise was particularly salient for outsiders. Early success stories like Tay Zonday (for his song "Chocolate Rain") and British YouTuber Charlie McDonnell were known as geeky oddballs. Experts coined phrases like "participatory culture" to capture how the barriers to celebrity appeared to be rapidly disintegrating. 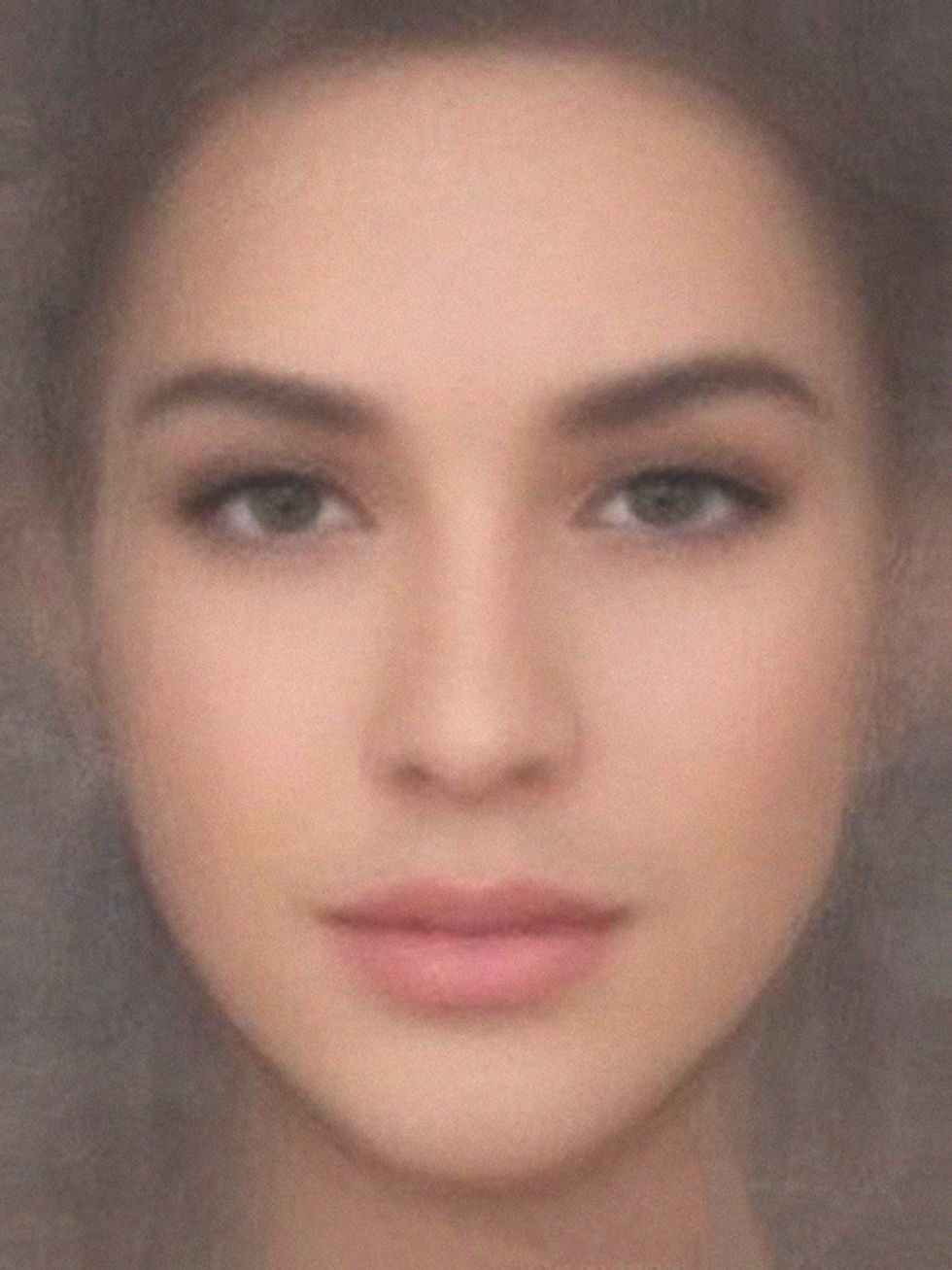 How does this idea of openness line up with a reality in which some of the biggest "microcelebrities" that we have — beauty influencers —now all look the same? Not only do they look the same as each other, but also as traditional celebrities, models and A-list stars. That is to say, they are beautiful in a specific way that aligns with dominant, mostly white/European beauty ideals. Partly to answer this question, between 2015-2019, I researched UK beauty influencer industries for my PhD. Here are some of my findings:

Due to the high value of influencer marketing, there are many tools and software solutions designed to make working with influencers simpler, more effective and less risky for brands. Of course, like with anything powered by algorithms (or even humans), these tools open up many possibilities for bias.

The Eye is such a tool, launched in 2017 by StyleHaul. StyleHaul was originally a multichannel network designed to connect brands with influencers for #sponcon. Famous influencers such as Zoella, Bubzbeauty and Joey Graceffa are amongst thousands of StyleHaul influencer members. The Eye is promoted as a monitoring software of "real-time, creator-fueled social conversations about products" designed by researchers from Cambridge, Berkley and Chicago and trained on the huge volume of data that StyleHaul has access to as a multichannel network.

The tool measures the relationship between campaign success (post engagements) and creator characteristics such as influencer age, face shape and ethnicity. There are significant issues with a practice like this — firstly, when algorithmic software "reads" faces, it consistently makes judgments that we would describe as racist. Although we do not know how representative StyleHaul's training data is, the general influencer ecosystem (as pointed out by PAPER) is very, very white. In the past, algorithms trained on mostly white images have famously tagged Black people as gorillas. Researchers such as Joy Buolamwini have found that categorization software has error rates up to 35% for dark-skinned women (who are often categorized as either "unreadable," or men). Comparatively, error rates are 1% for white men. How do we know that tools such as StyleHaul's — designed to help select and hire influencers — are adequately serving Black influencers?

It's difficult to understand how using machine learning to identify the relationship between face shape, ethnicity and job performance is acceptable. StyleHaul, however, is promoting their tool proudly. This should make us think about practices within influencer marketing, and how cultivating a certain appearance is an accepted and essential way to stratify position within the industry. Part of the problem is also what we don't know. StyleHaul has clients such as Sephora, Clairol and CoverGirl, though we do not know how much the tool — and its calculation of the relationship between ethnicity and success — factors into their influencer hiring processes.

Although some brands delegate selecting influencers to software, PR teams still have a significant role in reaching out and curating advertorial content. One outreach tactic is the influencer trip. Brands fly influencers to tropical or luxurious locations, shower them in lavish food and products, and watch as the content flows in. For influencers, trips appease the cost of content production and help them consolidate their audiences with other influencers. Being invited by prominent brands also legitimizes their expertise.

In an unsurprising twist, creators such as Alicia Tenise and Stephanie Yeboah have pointed out that brands often exclude Black influencers; most who are invited tend to be white and look exactly like PAPER's influencer composite. This practice is symptomatic of a wider trend in influencer industries; there are also significant pay gaps between white and Black influencers, who (when they are included at all) can feel like they are just a "diversity hire." The gap is arguably because the cosmetic brands who have rarely shown interest in equality in advertising are funding the influencer industry — and this shapes representation. Advertising pays influencers' salaries. Advertisers decide who gets the job.

Talent agents and "the team"

Mythology dictates that all you need is a camera, an "Instagram husband" to take pictures and a budget ring light from Amazon, and you are ready to start a beauty influencer career. If this were ever true, it's not now. The most visible and successful influencers have management teams that include personal managers and assistants, literary agents, PR help — and the list goes on.

Talent agents pick who they think are "talent" based on their own diagnostics and gut feelings. This is another way for bias and nepotism to slip into the industry. In one article, the CEO of top UK agency Gleam Futures Dom Smales recalls starting the business — he went from managing sisters Nic and Sam Chapman (known as Pixiwoo), to taking on their brother Jim Chapman, Jim's then-girlfriend, Tanya Burr, her friend Zoe Sugg (Zoella) and her brother (Joe Sugg), amongst numerous others. These friends and siblings turned colleagues all also happen to share a certain look (white, Bambi eyes). All are now influencers with millions of followers. Their agencies facilitate requests, negotiate deals, support with production and filming — they have arguably provided both ingredients and recipes for success.

Many management agencies operate in similar ways. They benefit those they manage through expertise, through their connections, through the consolidation of audiences. Creative industries have always been nepotistic — success often comes through who you know rather than how talented you are. Influencer industries are no different, in part causing the homogenization of the industry.

Although we can dismiss influencers as vain or banal, they represent a significant part of the media that we consume and how we make sense of the world. Looking closely at the industry and its gatekeepers (algorithmic tools, subjective "experts," old-school advertisers), it becomes clear that the underrepresentation of Black and other people of color, plus-sized and disabled people as influencers is not natural or inevitable — and it can be changed.