Lady Gaga's oversized Marc Jacobs suit wasn't the only outfit to make a statement at Elle's "Women In Hollywood" reception on Monday night. J.Lo, who presented Gaga with her award, wore an elegant, champagne and blush pink wrap blouse and black ruffled pencil skirt that stood out among the crowd. The look was created by Melbourne-based designer Toni Maticevski. Lesser known in the U.S., Maticevski is a fixture on the Australian fashion scene and has garnered loyal clients from China to Jordan over the past decade. 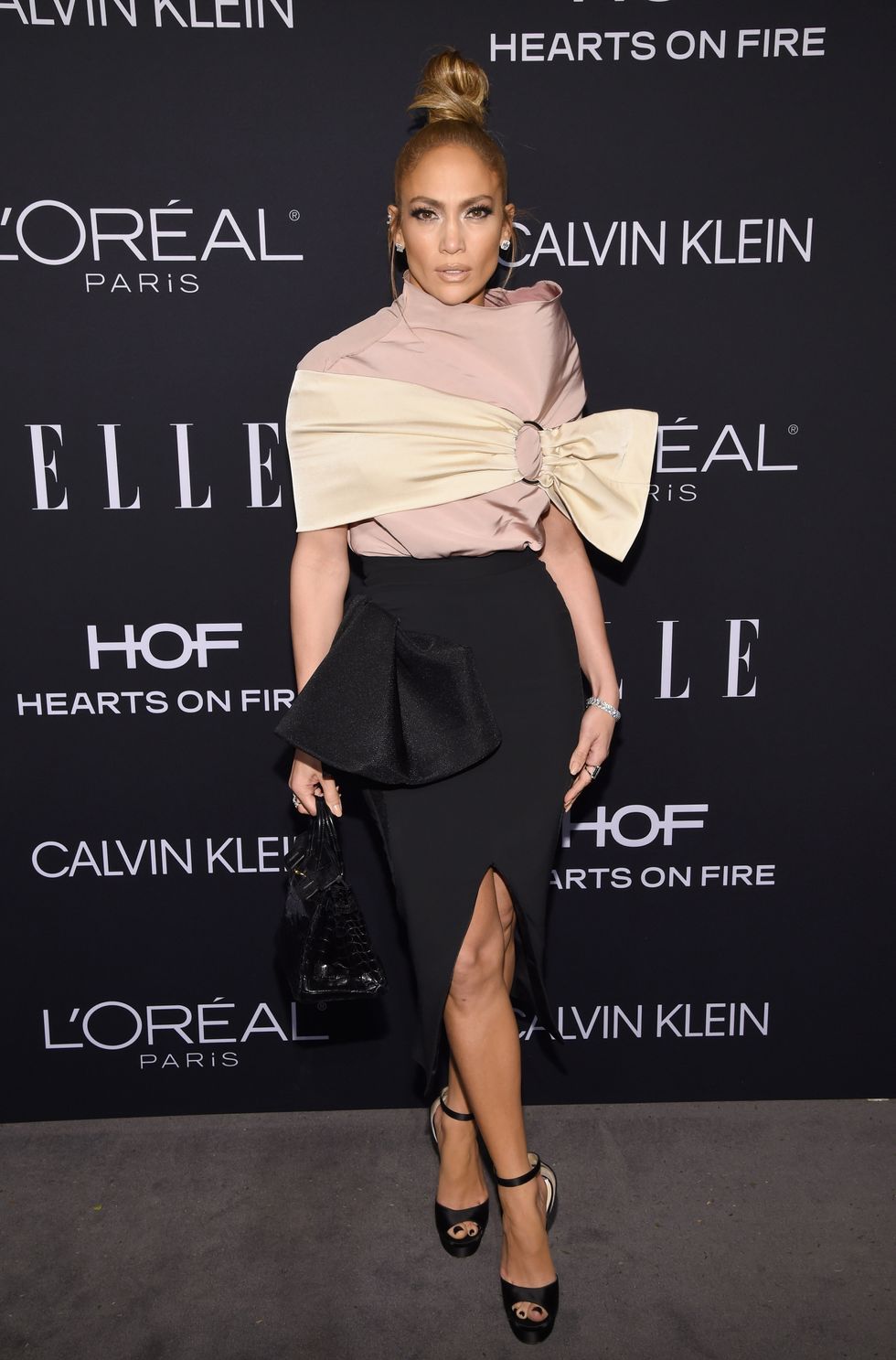 Since launching his namesake label in 2002, the son of Macedonian immigrants has become known for his sculptural, ultra-feminine demi-couture (ready-to-wear wrought with couture techniques). His high-glamour mix of structured silhouettes and fragile flourishes has caught the eye of celebrities including Australian actor Abbie Cornish and Kim Kardashian West. Although his saucy confections are glamour-puss ready, they're also rooted in personal narratives. His resort 2019 collection — trimmed with Flamenco ruffles and cinched waists — for example, was informed by his late-grandmother's years as a dancer.

In 2016, the same year he released Maticevski: The Elegant Rebel (Thames and Hudson) he was awarded The Australian Fashion Laureate Award, the country's highest industry honor. Since then, he's shown his namesake collection in Paris and continued to expand the custom bridal, leather goods, and made-to-measure arms of his 16-year-old business.

Having made a splash with J.Lo in L.A. earlier this week (thanks to her stylist Rob Zangardi), we anticipate seeing more stars in Maticevski's sumptuous confections soon.