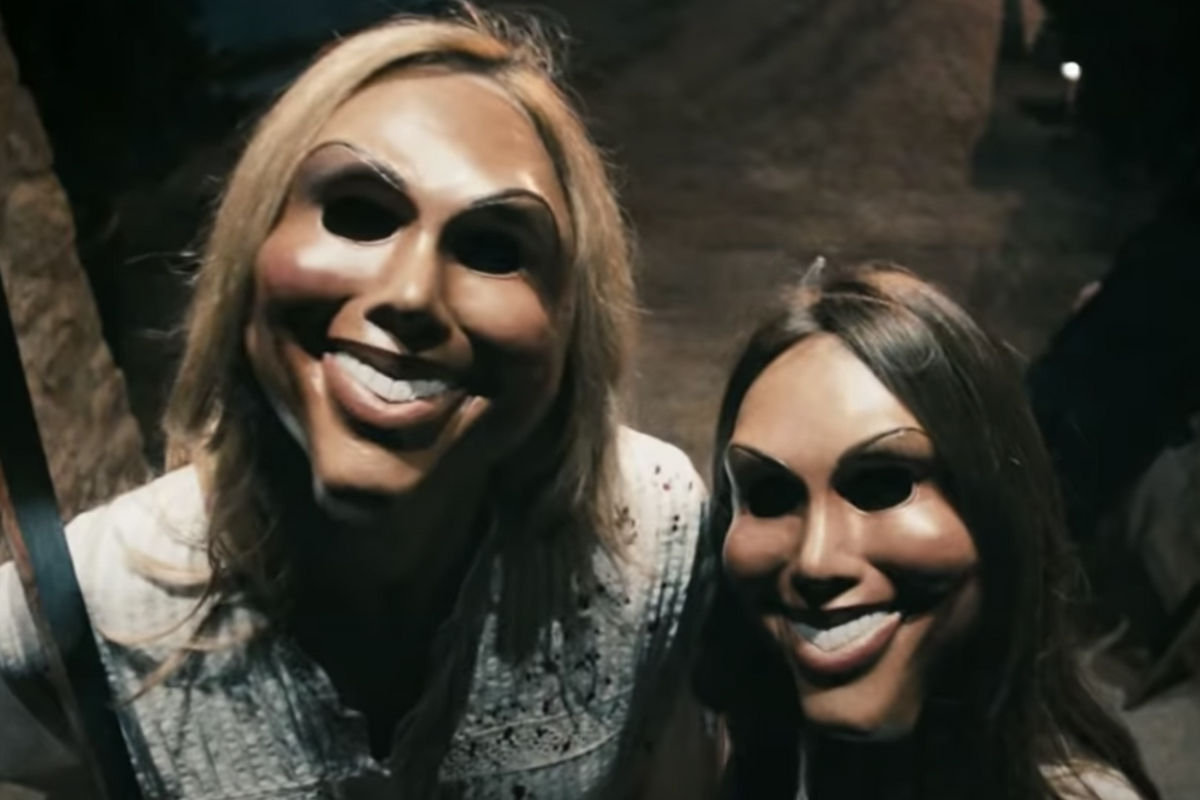 As if parents of Gen Z'ers now perpetually home from school due to the outbreak of coronavirus in the United States don't have enough problems, now their kids are pulling terrifying and believable pranks. Remember that cheesy 2013 horror flick, The Purge, and its various sequels and prequels? Yeah, it's that.

Kids are hijacking their families' Apple TVs and Google Chromecasts to play the infamous message used to announce the apocalyptic crime fests that take place in the Purge saga. Numerous TikToks show how the fake PSA causes immediate boomer panic.

For a little bit of additional real-time flare, some kids are using an adapted announcement that features lines specific to coronavirus social distancing norms — including a fake "penalty" on those who leave their homes under quarantine. Naturally, parents who aren't scrolling through TikTok each day and aren't aware of the films that popularized the concept of a "purge" go from shocked to absolutely panicked at the sound of the siren supposedly kicking off the event, all while their kids try to mask their laughter as tears.

She was not happy. The comfort I get while I’m laughing has me dead. ##fy ##fyp ##quarantine ##coronavirus ##foryoupage

Some parents are more susceptible to the prank than others. Reactions range from mama bear instincts of holding their kids and calling in dad reinforcements all the way to full blown lockdowns. One video shows a mom texting her friends about the supposed purge before the siren even wails. While this type of prank might not have been believable in the slightest a few months ago, uncertainty and hysteria around COVID-19 provides the perfect platform to stage the prank. It also doesn't help that the film has regained quite a bit of buzz lately due to its siren being used by police in Arcadia, Louisiana to enforce the city's curfew.

You've got to give Gen Z'ers props, though. Once the prank is done, they're still stuck with their parents until quarantines are lifted, and unlike Hollywood, they're unlikely to fall for a sequel.

I pulled the purge announcement on the parents ##fypage