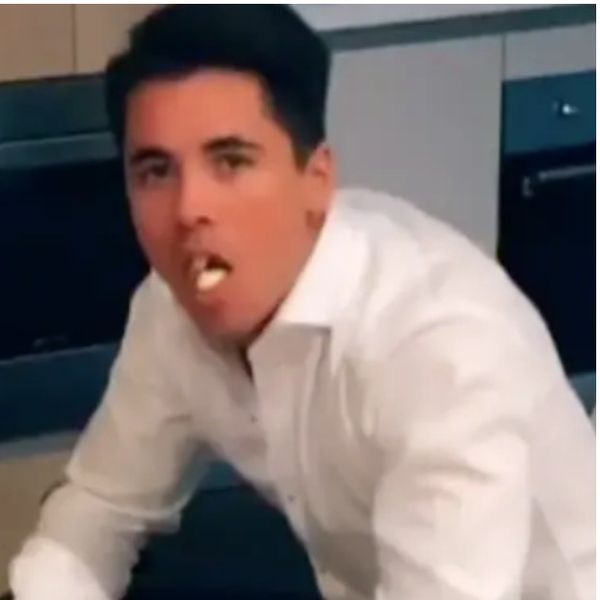 The 'Naked Challenge' Has Taken Over TikTok

Another day, another viral TikTok trend, but unlike challenges that see participants eating food coloring or super-gluing their lips, this one requires a partner — namely, your partner.

Dubbed the "Naked Challenge," the prank sees people sneaking up on their partners in the nude. But don't get too excited. Name aside, the premise isn't actually as X-rated as you'd initially think, as there's no actual nudity thanks to the trend being more about capturing funny facial reactions.

According to Know Your Meme, the Naked Challenge first went viral at the end of March thanks to a TikTok user named @lindseybear1, who decided to interrupt her boyfriend's Call of Duty game to amusing results.

He’s so cute. 🥺😍 Btw no one can see in those front two windows our house is far back with trees. ##foryourpage ##fyp ##tagsforlikes ##couplechallenge

Since then, many other couples in self-isolation have given the trend a shot. In fact, the Naked Challenge has gotten so popular that it's even inspired some single people to attempt it with their pets, roommates, and parents — though try that one at your risk.

In the meantime though, watch a few of the best Naked Challenge videos, below.

Did we do this right?? @nataliemariduena

That ending! I didn’t expect that! 😂 ##boyfriendchallenge ##lockdown ##stayathome

Thought he would ignore me 😂🙏🏻 ##fyp ##foryou ##boyfriend ##boyfriendchallenge

Due to high demand I did the nakey challenge ##quarantine ##boyfriendchallenge